HomeNewsUNFI plans Aug. 1 launch of regional selling
Recent
Latest
4 tips to get ahead of chemical concerns in packaging
May 20, 2022
7 CBD favorites in the increasingly popular gummies format
May 20, 2022
Mission MightyMe helps parents introduce allergens to babies
May 20, 2022
UNFI's Eric Dorne to step down as chief operating officer
May 20, 2022
Trending
Whole Foods' honors 30 companies with 10th annual Supplier Awards
May 18, 2022
Getting ready for 2023: Trends for brands to consider
May 17, 2022
Sponsored Content
The rise of sustainable business – eGuide
Sponsored Content
Natural beauty market trends
Jun 16, 2021 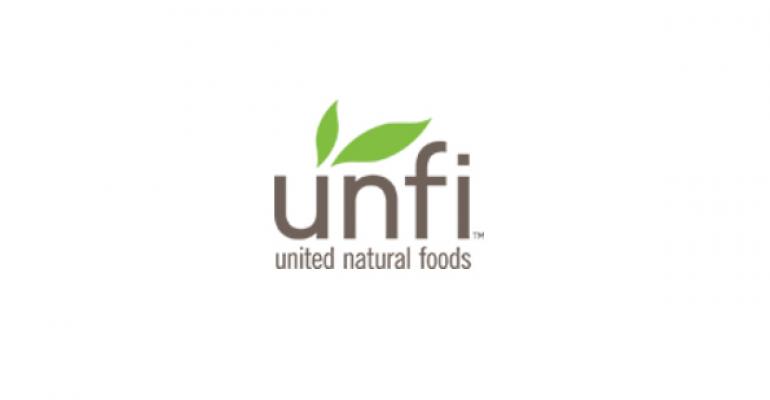 United Natural Foods Inc. will begin selling across all categories in its three newly established regions on Aug. 1, right after the start of its new fiscal year, Steven L. Spinner, president and CEO, told investors Monday—a move that will not disrupt established customer relationships, he noted.

"The goal is to make sure our salespeople are selling 100 percent of the brands we have in our arsenal," he said.

UNFI will continue to seek acquisitions to expand its offerings, Spinner noted.

“We re-did our credit facility and started to throw off more cash than ever before, and we have capacity in certain markets to take on new business, so we will continue to be opportunistic,” he said.

“We continue to view ourselves as a growth company, and though we’d like a bit of breathing room after three acquisitions, you don’t always have that luxury in mergers and acquisitions.”

The reorganization follows the acquisitions in March of Nor-Cal Produce, a distributor in West Sacramento, Calif, and Global Organics/Specialty Source, Sarasota, Fla., which distributes organic produce, milk, juices and other items; followed by the purchase in mid-May of Haddon House Food Products, Medford, N.J., a distributor of specialty, ethnic, gourmet and kosher products.

As previously announced, UNFI will reorganize into Atlantic, Pacific and Central regions — each with its own president and each with a single point of contact for customers across all categories, Spinner pointed out.

He made his remarks during a conference call to discuss financial results for the third quarter and nine months ended April 30 — results that were impacted by the termination of its distribution agreement with Albertsons.

Net income for the quarter fell 8.3 percent to $38.3 million, while sales rose 0.8 percent to a record level of $2.1 billion; excluding the loss of the Albertsons business, adjusted sales were up 6.1 percent, the company said.

Spinner said UNFI was pleased with the sequential improvement in results from the second quarter to the third, with net income advancing from $22.7 million.

The company said Nor-Cal and Global Organics accounted for third-quarter sales of approximately $18.1 million, or 0.9 percent of the total. Haddon House was acquired May 13, after the quarter ended.

For the nine-month period net income fell 11.3 percent to $91.1 million, while total sales rose 2.2 percent; excluding the loss of Albertsons, adjusted sales for the period increased 6.5 percent, the company indicated.

Michael P.  Zachmeister, SVP and CFO, said supernatural business accounted for 35.7 percent of total sales, up approximately 3.5 percent and outpacing overall sales growth for the quarter; supermarkets represented 25 percent of sales, down 12.5 percent (though they were up 5 percent excluding the loss of the Albertsons account, he noted); independent sales represented 27.8 percent of the total, up 6.1 percent; while foodservice sales rose 20 percent and ecommerce sales increased 31.6 percent.

Updating its guidance for the year ending July 30, UNFI said it expects sales increases of 3.4 percent to 3.8 percent—to somewhere between $8.4 million and $8.6 million, compared with earlier guidance of $8.3 million to $8.4 million; with earnings per share in the range of $2.47 to $2.53, compared with previous guidance of $2.27 to $2.37; and capital expenditures of $40 million to $45 million, or approximately 0.5 percent of estimated sales.