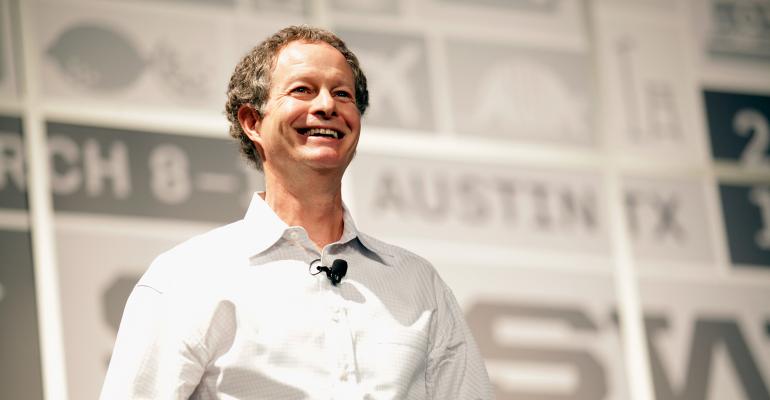 It was recently unveiled that longtime Whole Foods Market CEO and co-founder John Mackey is planning to retire in 2022. Mackey initially sent out a letter to Whole Foods Market employees explaining his decision, as well as his plan to hand off the company to current Chief Operating Officer Jason Buechel.

Read the letter in full below:

I’d like to share some news with you before it’s announced publicly. September marked Whole Foods Market’s 43rd anniversary (including two years at Safer Way—the precursor to Whole Foods) and I’ve decided that it’s time to begin to transition my role as CEO to the next generation of leadership. I have thought long and hard about this, and while it is still surreal to write, I have decided to retire on Sept. 1, 2022. That is just about 11 months from today.

Honestly, it’s very hard to retire from a company that I have helped to create, nourish and grow for 44 years when I leave. As a co-founder of Whole Foods, I’ve often explained my relationship to the company with a parent-child metaphor. As a parent, I have always loved Whole Foods with all my heart. I have done my best to instill strong values, a clear sense of higher purpose beyond profits and a loving culture that allows the company and all our interdependent stakeholders to flourish.  All parents reach a time when they must let go and trust that the values imparted will live on within their children. That time has nearly come for me and for Whole Foods.

Next September, I’ll be ready to pursue some of my other life passions and I am excited to announce that our Chief Operating Officer Jason Buechel will become chief executive officer upon my retirement. Jason is a true servant leader and champion of Whole Foods’ culture and values, and he will lead the company into the future. Jason was my personal choice to replace me as the CEO and I’m pleased Amazon leadership agreed that he is the right person for the role.

Jason joined Whole Foods in 2013 as global vice president and chief information officer and was promoted in 2015 to executive vice president before being named chief operating officer in 2019. In addition to being responsible for the operations of all WFM stores and facilities, he also currently oversees technology, supply chain and distribution, and Team Member Services (TMS).

Jason is one of my most trusted partners and I’m incredibly confident that the company will continue to evolve and thrive under his leadership. Jason has a number of very special qualities that will help him succeed as our next CEO. Not only is he extraordinarily intelligent with unusually high integrity, he is also a servant leader who lives and embodies Whole Foods Core Values and Leadership Principles and is fundamentally just a good and loving person.

I’ll continue to work closely with Jason and the E-Team to gradually transition my responsibilities and I intend to devote much of my final year to the thing I love doing most at Whole Foods: visiting stores and connecting with as many of our amazing team members as I possibly can.

As I reflect on our company’s history and impact on the world, I am inspired, exceptionally proud, and a little overwhelmed. The success of Whole Foods Market has created tremendous value for all our stakeholders, including our customers, Team Members, suppliers, investors, and our communities.  Working together, we have helped tens of millions of people live healthier lives and it is not an exaggeration to say that Whole Foods has impacted very positively the way many people in America and around the world eat.

We have created a very special culture that led to our being named one of the “100 Best Companies to Work For” for 20 consecutive years. I am very proud of the role we’ve played in advancing how food is grown, produced and sourced matters and fulfilling our higher purpose to nourish people and the planet is what makes Whole Foods so much more than just a grocery store.

I’m also proud of the thousands of small local food companies that Whole Foods helped launch in our stores, hundreds of which have grown to be large and successful companies in their own right.  While there are so many more of our achievements that I’m proud of, I want to especially recognize the amazing work that our three Foundations have done over the past 20 years—Whole Planet, Whole Kids, and Whole Cities have together positively impacted the lives of several millions of people.

Many people can go their entire lives without ever discovering their higher purpose, but I was lucky enough to discover mine back in 1976 when I was living in a vegetarian co-op named Prana House in Austin–two years before we first opened Safer Way.  My food consciousness was first awakened at Prana and I began to discover what I was called to do in this life. How fortunate I have been to live in such a fulfilling way.

Words cannot begin to express how deeply grateful I am for your partnership on this incredible journey and how much I love the company and all of you. I may be retiring from Whole Foods a year from now, but so long as I am still alive, I will remain connected to Whole Foods and will do all that I possibly can to help us all continue to flourish.

I love all of you very much and I wish for you great health and happiness. Thank you for all that you do.