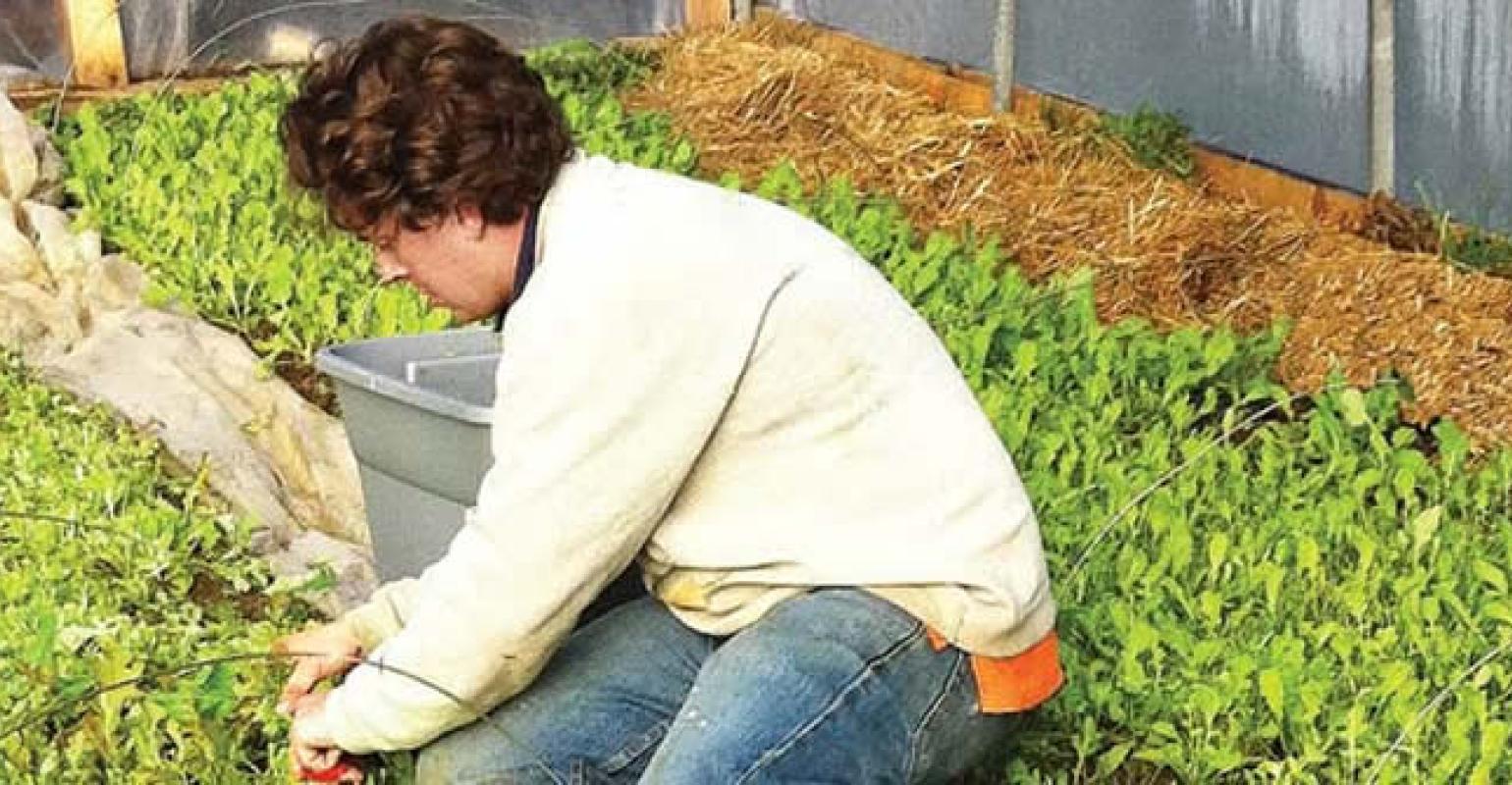 Why Produce Isn’t as Healthy as It Used to Be

Yes, it’s true: Conventional produce (and grains like wheat) contain significantly fewer vitamins and minerals than they did 50 years ago. In our quest to grow more-more-more by using pesticides, GMOs, and not allowing fields to lie fallow, the soil has been robbed of its vital nutrients. This may grow lots of good-looking peppers, tomatoes and corn, but tests show they are less nutritional.

Farmer Dan Kittredge wants to change the criteria for success in agriculture from yield to nutrient content. Farmers growing high-nutrient crops could command a higher price by delivering greater value, and consumers would reap the healthful benefits.

Kittredge found through his own research and experimentation that nutrient-rich soil results in better tasting, healthier produce and fewer pests as well.

As to that flavor, Kittredge certainly isn’t alone in the observation that high-nutrient crops yield the best taste. Some of the world’s top chefs—such as Alice Waters, Rick Bayless, Dan Barber and Suzanne Goin, to name but a few—firmly agree, and will only cook with ingredients that possess this exact quality.

Today Kittredge is spreading the word about mineral-depleted soil and how to fix it as director of the Bionutrient Food Association. Intensive seminars teach farmers about the biology, hydrology, irrigation, tillage and structure of farming. “What we’re trying to do is lay out what the normal stumbling blocks and limiting factors are, help people to understand them, and give people the tools to address them,” Kittredge says.

The successes of the seminars can be substantial. “One farmer’s produce became so popular that nobody would line up at any other farm stand at a farmers’ market because his tasted so much better. On another farm, four years ago they were grossing about 60,000 pounds of produce, and this year I think it’s somewhere in the ballpark of 150,000—without expanding their production space. Elsewhere, we’ve seen decreases in harvest times and 40 percent to 100 percent increases in yield. Pests don’t attack anymore,” adds Kittredge.

Farmer Phil Jones of Chelmsford, Massachusetts, raises vegetables, has about 180 CSA customers and also sells through farmers’ markets. He has had amazing success with methods he learned from Kittredge. “I think the wonderful part of the course is that you learn to really read the plants and the whole thing becomes part of you,” Jones says. “To watch as I input more nutrition and more balance, and then all of a sudden see six, eight and ten tomato flowers on a cluster—the plants are telling me so many things.”

Jones has also noticed the distinct difference in flavor. “It’s much smoother on the palate,” he remarks. “To me, that’s the most phenomenal thing—when you think that you’re going to be getting something that will be a little bitter at the end of it and then that doesn’t come. The smoothness of the vegetable and the sweetness of it is what changes.”

Farmer Don Hess raises vegetables and blueberries in Oakdale, Connecticut. In applying the methods he learned in Dan’s training, his results have also been exceptional. “The quality of the crops definitely improved; there’s no doubt about that,” says Hess. “The plant vigor, productivity and taste all changed. It was really excellent. The first year I applied the methods it was also a fantastic growing year here in southeastern Connecticut; so those two things combined just pushed the productivity of the farm. It had to have at least doubled, if not a little more.”

Click any image above to see a larger version.

How Nutritious Is This Carrot?

A key part of Dan’s mission is the objective quantification of plant nutrient levels. He is working with a scientist to develop a device that would measure crop nutrient levels in detail. Not only would such a device allow growers to evaluate their own efforts, but it would eventually give retailers and consumers the facility to measure nutrients in produce as well. “What we’re proposing is a near-infrared spectroscopy device, which looks like a little flashlight or a pointer,” Dan explained. “Basically you flash the light at a carrot and monitor the light that bounces back in the near-infrared spectrum, which contains the vibration of the minerals in compounds.”

Preventing and treating nutrient depletion is not just for farmers; try these tricks for healthy soil in your own garden: