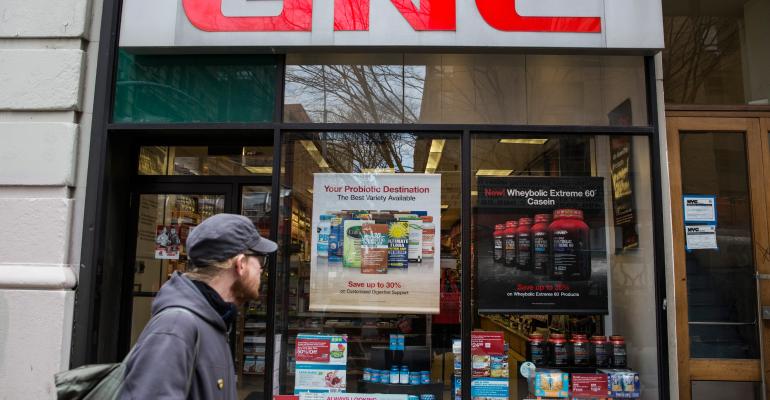 Council for Responsible Nutrition President Steve Mister called the agreement &ldquo;a real disservice to consumers,&quot; and American Herbal Products Association President Michael McGuffin said it &ldquo;will add no additional assurance of the correct identification of any herbal ingredient that has already been verified.&rdquo;

The New York Attorney General’s office announced a quality control “agreement” with GNC Monday, drawing a smattering of applause and whispered skepticism in the supplements community.

According to a NY A.G. press release, the new agreement calls for DNA barcoding on herbal ingredients, testing for allergens before and after production, and in-store signage advising consumers of the “processed, chemical nature of extracts.”

In its own press release, GNC claimed the testing supplied to the prosecutor’s office “provided conclusive evidence that GNC’s products are safe, pure, properly labeled and in full compliance with all regulatory requirements” and stated that ingredients would be subject to the DNA barcoding before the extraction process. Supplement industry trade groups have loudly criticized the NY A.G. for relying on tests done after extraction, when DNA would not be detectable.

In February, the NY A.G. sent letters to GNC, Walgreens, Walmart and Target demanding they stop selling products that investigators alleged did not contain the ingredients claimed on the label. Investigators have not released all the details, but the charges of adulteration and misrepresentation were reportedly based on the DNA barcoding method.

Reacting in an emailed statement Monday afternoon, Council for Responsible Nutrition President Steve Mister redoubled his attack on the DNA method and characterized the agreement as “a real disservice to consumers” that “perpetuates the misdirected notion that DNA barcode testing is appropriate for herbal supplements, when it is not.” Mister described the A.G.’s move as “face-saving.”

“The announcement further entrenches a state attorney general’s office in a regulatory matter in which it has no expertise and substitutes face-saving requirements for meaningful advancement of the industry,” Mister said in the statement.

Natural Products Association Director Dan Fabricant Monday suggested the GNC agreement indicates the A.G. is backtracking. “Once the flawed mistake of the attorney general to apply DNA barcoding to finished products and extracts was realized, Schneiderman’s office reversed its previously aggressive stance to allow all Herbal Plus products back on GNC store shelves,” Fabricant said in a statement released Monday afternoon, also noting that “NPA is glad to see a 180-degree turn from the New York attorney general, who is now allowing the exact same products – which were safe then and are still safe now – back on the shelves.”

In his Monday statement, American Herbal Products Association President Michael McGuffin called the agreement “clear evidence that current federal regulation of dietary supplement manufacturing is effective.” McGuffin went on to charge that the DNA testing GNC agreed to “will add no additional assurance of the correct identification of any herbal ingredient that has already been verified by one or more of the other long-established analytical tools now used by responsible herbal manufacturers.”

American Botanical Council founder and Executive Director Mark Blumenthal has repeatedly pointed out that different ingredients require very different tests for identification, a matter detailed in ABC’s Adulteration Program. Blumenthal has criticized New York investigators for relying on DNA barcode tests inappropriate to the task, something he repeated on Monday. Blumenthal and the ABC also took issue with The New York Times coverage of the GNC agreement, explaining that Times reporter Anahad O’Connor, whose 2013 story on herbal supplements reportedly inspired the New York investigation, had interviewed Blumenthal Sunday and both left out key information and misquoted Blumenthal as saying adulteration was “likely” in the GNC products. ABC claims Blumenthal used the word “possibly.” Issues that Blumenthal said he discussed in the one-hour interview but did not see in the Times story included his charge that “only appropriate chemical testing,” not DNA tests, can adequately detect adulteration.

In a company statement, GNC CEO Michael Archbold described the agreement as a vindication of GNC’s quality assurance operations. “As our testing demonstrated, and this agreement affirms beyond any doubt, our products are not only safe and pure but are in full compliance with all regulatory requirements.” The company statement also noted that GNC is holding products from the lots named in the February New York action, and that “identical products … remain available for sale to consumers at GNC stores in New York State.”

Mister and other trade association heads raised the possibility that the agreement intrudes into federal regulatory matters and thus creates confusion in the market, a phenomenon that has beset other industries.