A new tool for understanding what science says about GE crops 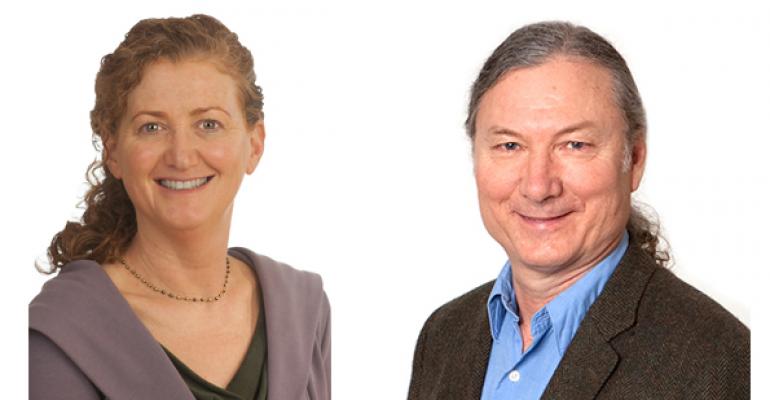 A group of scientists, doctors and business people have created gmoscience.org to explore the growing body of research on GMO foods and their impacts on health and the planet.

A few years back, former attorney Debbie Friedman got to talking with a couple of physicians about health, food and the environment. They formed a team that spent much of 2014 wading through the existing research on genetically engineered foods.

The result: GMO Science, a project aimed at exploring and providing independent analyses of the growing body of research on GMO foods and their impacts on health and the planet. “There hadn’t been a place to go for level-headed science around the GMO issue,” says Mark Squire, owner of Good Earth Natural Foods in Fairfax and Mill Valley, California, and a project supporter. We sat down with Squire and Friedman, GMO Science executive director, to discuss this initiative.

What’s the mission of GMO Science?

Debbie Friedman: We are creating a curated space for independent science and analyses based on evidence. In our quest to understand what the science says about the health and environmental impacts of GE crops, we’ve brought together an interdisciplinary group of scientists and doctors to analyze the research. We’re not only allowing space and time for these experts to work together in a way they never have — to write articles, analyze research and ask questions that haven’t been asked before — but we’re also growing this group of scientists and doctors. By doing this in a public forum and in an independent way, we hope to elevate the conversation and add value to the scientific information currently available for policymakers, educators and other decision makers on a global scale.

What role do you see GMO Science playing in the natural products industry and its discussion of GM foods?

Mark Squire: We hope it will be a real resource for everybody. I’ve been selling food my whole life. I hope GMO Science becomes a tool for people who want to understand in more depth this technology and how it impacts our industry, which it does so directly.

I hope that if we look at the science on pesticides and biotech in a meaningful way, we’ll realize we need to grow crops organically. To me, that’s where the really exciting science is. Why wouldn’t we move this country rapidly toward completely organic agriculture if science shows that’s the best course? I believe that’s where we need to move, and it’s basically money that’s preventing us from going there. It’s companies like Monsanto that have a profit motive to perpetuate what I view as a fairly broken technology. Any technology that increases the spraying of glyphosate on our crops by the magnitude that Monsanto’s principal patent has done is hugely flawed. So I believe organic is the answer. Our industry certainly has demonstrated that, and we’ve demonstrated the viability of organic systems in a larger-scale manner.

I should also mention that GMO Science is nonprofit, so we definitely need financial support.

Many chemicals seem to pose health risks but lack definitive evidence, so we use them anyway. Why have you chosen to focus specifically on GMOs?

DF: Food is such a crucial determinant of health that we think the food supply should be one of the highest priorities. For example, the amount [of GMOs] children are ingesting versus their body weight and high metabolisms has an incredible impact on their overall health. We need to really understand the health implications of what we’re introducing into our food systems before we allow it to be eaten.

The other reason to focus on food: There has been a lot of cutting-edge scientific information coming out recently about determinants of health — the issues that lead to chronic disease in our society. That research is showing things like how the gut microbiome impacts our health in ways we had no idea about, including anxiety, depression and all sorts of illnesses. Epigenetics is a burgeoning new field; how do our genetics impact future generations? Will what I eat today impact my grandchild? If our food contains GE proteins, and if herbicides are built into plants, these could have implications for our kids, grandkids and global food supply.

MS: I have yet to see any positive science indicating that GMO food crops have any meaningful benefit to humans or farmers. All we’re left with as consumers is this big question: What are the long-term health impacts? When you’re presented with that kind of an equation, why would you choose to go down that road until we have the science behind this?

There have definitely been some studies that have indicated problems. From our point of view, the fact that those studies haven’t been followed up in a meaningful way is really a crime. It’s been very much the opposite. When a study suggesting there might be issues with GMO crops does hit, this huge PR machine from the biotech industry kicks in and discredits the science and the individuals who did the study, but not in a meaningful, scientific way. It’s reminiscent of the tobacco industry in the 1950s. The tobacco industry spent huge amounts of money intimidating scientists, buying off scientists and doing everything it could to control the story.

I also think it’s a mistake to throw all GMOs into one basket and say they are good or bad, because there’s a huge diversity of technologies and products.

Does GMO Science decouple the impacts of GM foods from how they’re grown, the application of glyphosate, for example?

DF: We’re showing the public that at this point in time, the vast majority of GMO crops on the market are designed primarily to withstand multiple applications of glyphosate. We can’t talk about GE food without talking about glyphosate, based on what’s on the market today. That’s the point we’re really trying to hammer home. We’ve written several articles about the health impacts of glyphosate and glyphosate-based Roundup and herbicides.

We’ll also be diving into research on other herbicides. The USDA just deregulated a new seed resistant to dicamba and one other herbicide. That will increase the use of those new products in our food, so we’ll start diving into that.