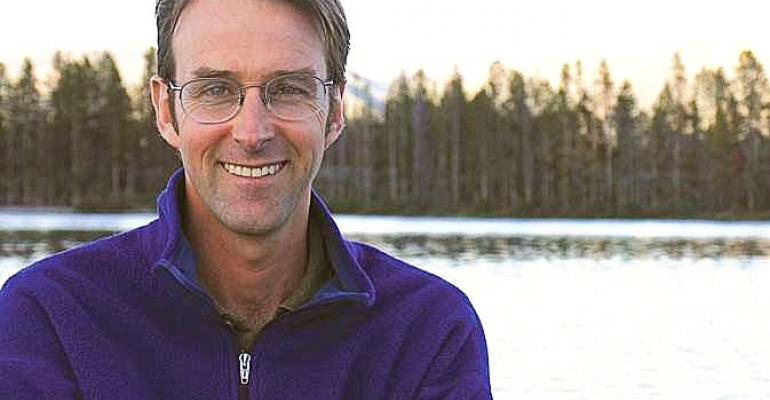 Nutiva founder John Roulac recently introduced GMO Inside, a new initiative to&nbsp;raise awareness about the presence of GMOs in food products. Organic Connections has the latest.&nbsp;

John W. Roulac is the founder and CEO of Nutiva®, the world’s leading brand of organic hemp foods and coconut oil. Nutiva was awarded one of Inc 500/5000’s fastest-growing companies in America in 2009, 2010, 2011 and 2012. A longtime advocate for holistic living, he is the author of four books on hemp and composting (with over a million copies sold). He helped jump-start the modern home-composting movement in the early 1990s, successfully sued the US Drug Enforcement Agency to keep hemp foods legal in 2001, and has founded three nonprofit ecological groups.

Roulac is co-chair of GMO Inside, a new initiative to raise awareness about the presence of GMOs in food products.

Ken Roseboro, editor of The Organic & Non-GMO Report, interviewed Roulac about GMO inside.

Ken Roseboro: Tell me about GMO Inside.

John Roulac: In the summer of 2012 I saw that Prop 37 was probably going to lose, and I thought about what we should do after the vote. I wanted to channel the energy from Prop 37 into expressing the desire to have a non-GMO world.

GMO Inside is about raising consumer awareness through social media with Facebook being a big focus. We are asking big food companies: When will you take the GMOs out of your products?

These companies are at a crossroads now. Are they going to listen to their customers and be transparent in their supply chain?

So we are encouraging people to post messages on their Facebook walls about their use of GMOs and to call the companies’ toll-free numbers.

We also have “GMO Inside” stickers that people can put on products to call out these GMO brands.

KR: What is its purpose?

JR: Our mission is to create a non-GMO world. It’s a lot about education. And also to call out companies that are doing it right. If Cheerios has GMOs, Nature’s Path has non-GMO alternatives.

KR: What campaigns have you done so far?

JR: In January there was the “Fresh Start Non-GMO Breakfast” that targeted big cereal companies.

Cheerios is about the biggest food brand in the world, and the first solid food that millions of kids eat. But mothers are feeding their kids the first solid food with GMO corn and pesticides in all its cells. Since our campaign started, we have generated about 20,000 anti-GMO posts on Cheerios Facebook wall.

In February we did the “Break Up With GMOs” around Valentine’s Day that targeted Mars, Hershey’s, and other chocolate manufacturers. For example, in just one hour there were 30 comments on Godiva’s Facebook page.

The March campaign focused on Girl Scout cookies. Do we want little girls selling Monsanto GMO cookies? Is that a good healthy thing to teach our youth about standing behind a quality product?

We will have a 4th of July campaign around GMOs and parades. There is a group, Moms American March to label GMOs, which is organizing a march on the 4th of July.

KR: What has been the response to GMO Inside so far?

JR:: It’s been great. One top executive from one of the biggest natural food companies in the world said he thought GMO Inside was a “GMO slayer.”

We have been getting good coverage from the media also.

Nutiva named one of the fastest-growing private companies in the U.S.
Aug 21, 2012