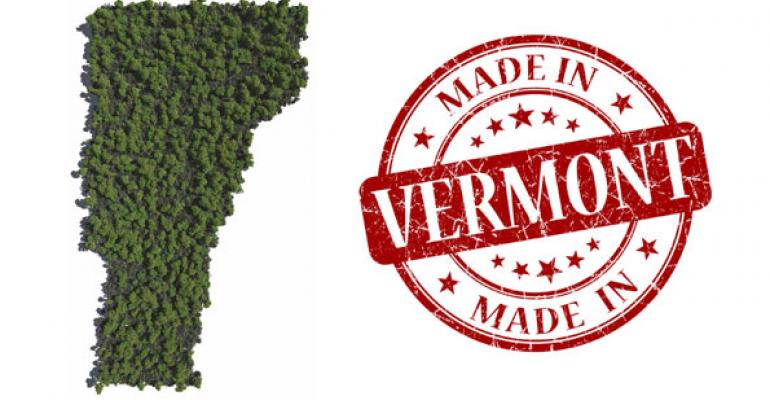 The GMO transparency movement had much to celebrate when Vermont Gov.&nbsp;Peter Shumlin&nbsp;signed the state&#39;s landmark GMO labeling bill into law.&nbsp;

The movement for GMO transparency logged a major victory today when Vermont Gov. Peter Shumlin signed the state's GMO labeling bill into law. The bill makes history as the first "no strings attached" rule to require the labeling of all foods made with genetically engineered ingredients.

Ken Cook, president and co-founder of Environmental Working Group called the bill a "watershed victory" in the labeling movement during a media call after the bill's signing. This is an instance where politicizing food is a good thing, he said.

"There’s just no other way I think we could have had this kind of debate and this kind of attention given to what’s in our food," he said.

The law is a simple and clear mandate to provide information about the ingredients the vast majority of consumers eat every day, said Rebecca Spector of the Center for Food Safety. As it stands, 80 percent of processed foods use genetically engineered ingredients, Spector said.

Gary Hirshberg, former CEO of Stonyfield Farm and chairman of the Just Label It campaign, chimed in about the bill's importance on a larger national stage. "We need to see Vermont in the context of a giant step forward in the interest of average citizens," he said. "This now makes federal mandatory labeling all the more inevitable."

And for brands that have already committed to avoiding genetically engineered ingredients and pursuing Non-GMO Project verification, the Vermont law is a validation of that commitment, said Larry Cornick, with Massachusetts-based New England Naturals.

When it comes to the future of the non-GMO Project Verified label, Just Label It Executive Director Scott Faber said state labeling laws wouldn't negate the need nor eliminate the demand for the project's non-GMO guarantee.

"In part because of unprecedented debate about the impact of GMOs on our environment, the demand for non-GMO and organic food is soaring," Faber said. "I'm expecting to see both more organic and more non-GMO certified foods on the shelf."

The Center for Food Safety's Spector said Vermont is expecting a legal challenge, and indicated a defense would stand on the fact that labeling genetically engineered foods is legally valid because they are materially different from their unmodified counterparts.

In the calm before the storm of legal battles, the scene in Vermont was a celebratory one.

And it's law! @GovPeterShumlin signs Vermont #GMO labeling bill. Everyone has the right to know what's in their food. pic.twitter.com/a8TKiuTsHa

Some of the state's largest food brands were at the signing.