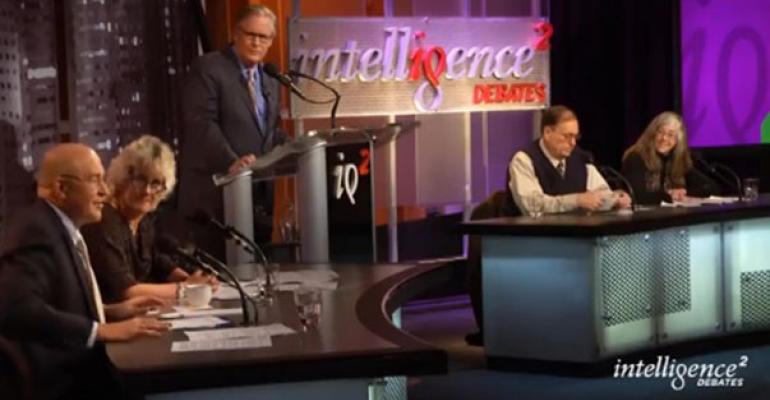 Passion didn&#39;t translate to persuasion for anti-GMO researchers debating the CTO of Monsanto this week.

Public opinion polls have suggested that a majority of Americans are concerned about the safety of genetically modified foods. But a GMO debate this week told a bit of a different story.

Intelligence Squared, a not-for-profit live debate series, pitted the chief technology officer of Monsanto and a biotech researcher against a scientist and a researcher who oppose GMO foods. The results? Monsanto’s CTO Robert Fraley and Allison Van Eenennaam, a genomics and biotech researcher at UC Davis, were able to persuade more of the live audience to support GMO foods.

Charles Benbrook, a research professor at Washington State University’s Center for Sustaining Agriculture and Natural Resources, and Margaret Mellon, science policy consultant with the Union of Concerned Scientists, represented the non-GMO movement. They built their argument on what Mellon called the “disappointment” of what GMOs have achieved so far, the development of pesticide resistant weeds and the lack of long-term research around the safety of specific GMO technology.

“We are moving from one generation of GE crops to the next to the next before we’ve even begun to understand what the impacts of the first ones are,” Benbrook said.

Fraley and Van Eenennaam argued that genetic modifications have protected crops from insects, increased yields and reduced the use of pesticides, which are all critical in increasing the world's food supply.

“Concern over resistance development is a concern and has been a concern from the beginning of time,” Fraley admitted. “But we’re going to need all of these tools […] (so) let’s get smart and move forward.”

Watch the entire debate below.