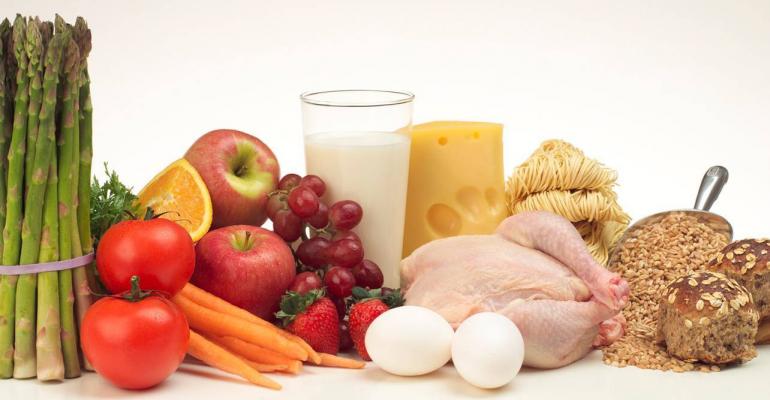 Researchers find that the quantity of protein, but not the timing of meals, matters most in maintaining&nbsp;muscle-building efficiency.

You are what you eat, especially when it comes to how your body builds protein. It is well known that consuming protein stimulates the body’s cells to build protein. However, getting older combined with eating less protein can lead to a decline in the body’s muscle-building efficiency. Maintaining and building muscle is especially important for older individuals. Increased muscle mass can contribute to a healthier weight, better fitness and an improved quality of life. New research in the American Journal of Physiology—Endocrinology and Metabolism explores whether the amount and timing of protein consumption make a difference in the body’s net protein gains.

Current U.S. recommendations for daily dietary protein intake are 0.8 grams/kilogram of body weight (roughly 62 g of protein per day for a 170-pound person). Previous research has shown that older adults need a protein intake of at least 0.40 g/kg of body weight at each meal (roughly 31 g of protein per meal or 93 g per day for a 170-pound person) to encourage maximum protein synthesis. This represents a significantly higher amount of protein than the recommended dietary allowance (RDA) suggests. Researchers at the Center for Translational Research in Aging and Longevity at the Donald W. Reynolds Institute on Aging at the University of Arkansas for Medical Sciences set out to measure whether daily protein intake greater than the average American adult consumption leads to a greater net protein gain in older adults. They also examined whether the timing of protein intake made a difference in protein synthesis—the process by which cells make protein—and net protein gains.

The research team studied 20 healthy adults between 52 to 75 years of age, randomly assigning them to one of four groups over a four-day test period. Two groups ate the RDA of 0.8 g/kg per day of protein: one group had even protein distribution across meals (33 percent of total protein at breakfast, lunch and dinner) and the other had an uneven protein distribution at meals (15 percent at breakfast, 20 percent at lunch and 65 percent at dinner). The other two groups ate double the RDA (1.5 g/kg day of protein) following the same even and uneven protein distribution patterns as the first two groups. The group that consumed double the RDA was supplemented with a pre-weighed milk protein concentrate (equal parts whey and casein) to ensure that they achieved daily protein goals of 1.5 g/kg day. All meals were prepared in prepared in the Metabolic Kitchen at University of Arkansas Translational Research Institute. The subjects recorded time and other details about the food they ate.