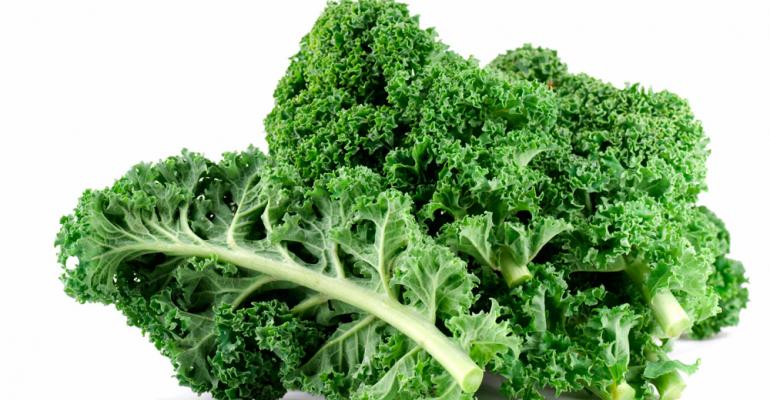 Something as easy as adding more spinach, kale, collards and mustard greens to your diet could help slow cognitive decline, according to new research. The study also examined the nutrients responsible for the effect, linking vitamin K consumption to slower cognitive decline for the first time.

“Losing one’s memory or cognitive abilities is one of the biggest fears for people as they get older,” said Martha Clare Morris, Sc.D., assistant provost for community research at Rush University Medical Center and leader of the research team. “Since declining cognitive ability is central to Alzheimer’s disease and dementias, increasing consumption of green leafy vegetables could offer a very simple, affordable and non-invasive way of potentially protecting your brain from Alzheimer’s disease and dementia.”

The researchers tracked the diets and cognitive abilities of more than 950 older adults for an average of five years and saw a significant decrease in the rate of cognitive decline for study participants who consumed greater amounts of green leafy vegetables. People who ate one to two servings per day had the cognitive ability of a person 11 years younger than those who consumed none.

When the researchers examined individual nutrients linked with slowing cognitive decline, they found that vitamin K, lutein, folate and beta-carotene were most likely helping to keep the brain healthy.

“Our study identified some very novel associations,” said Morris, who presented the research at the American Society for Nutrition (ASN) Annual Meeting during Experimental Biology 2015. “No other studies have looked at vitamin K in relation to change in cognitive abilities over time, and only a limited number of studies have found some association with lutein.” Other studies have linked folate and beta-carotene intake with slower cognitive decline.

To conduct the study, Morris’ research team gathered data from 954 participants from the Memory and Aging Project, which aims to identify factors associated with the maintenance of cognitive health. The participants, whose age averaged 81, reported their daily food and beverage intake by answering a detailed 144-item questionnaire at the beginning of the study. The researchers computed the total daily nutrients by combining the nutrient content for each food consumed with the number of servings eaten each day. They followed participants for 2 to 10 years, assessing cognition annually with a comprehensive battery of 19 tests and adjusted for age, sex, education, smoking, genetic risk for Alzheimer’s disease and participation in physical activities when estimating the effects of diet on cognitive decline.

“With baby boomers approaching old age, there is huge public demand for lifestyle behaviors that can ward off loss of memory and other cognitive abilities with age,” said Morris. “Our study provides evidence that eating green leafy vegetables and other foods rich in vitamin K, lutein and beta-carotene can help to keep the brain healthy to preserve functioning.”

In addition to green leafy vegetables, other good sources of vitamin K, lutein, folate and beta-carotene include brightly colored fruits and vegetables.

The researchers would like to expand their research to explore the mechanisms of how nutrients in leafy green vegetables are acting on the brain.