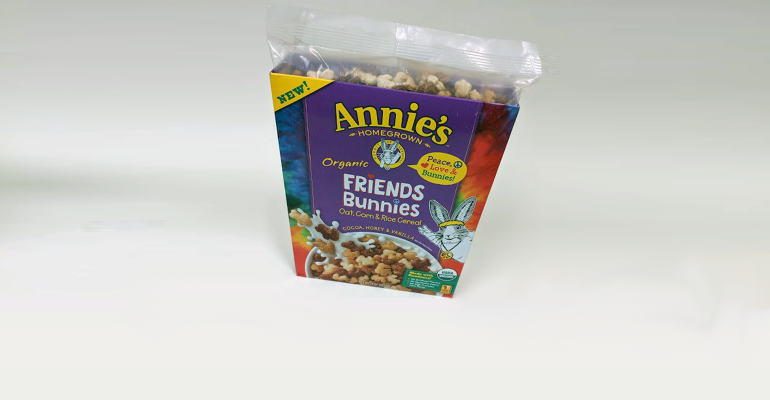 The company's new effort is intended to encourage participation by consumers in the recycling process.

Annie’s launched a new cereal in December, complete with new packaging that contains 35% post-consumer recycled plastic in the liner bag. It has an interesting story behind it, though—the package started not as an idea to launch a more sustainable cereal box, but as a quest for a way to build demand for recycled materials.

Recycling rates in the U.S. are dismal, and Patrick Keenan, principal engineer - Annie’s packaging R&D, said the company wanted to help fix that.

“What we wanted to do was figure out a way to create value for the recycling collection process, which would then drive up the recovery rates and the access for consumers,” he said. “One way was by including recycled content in our packaging.” 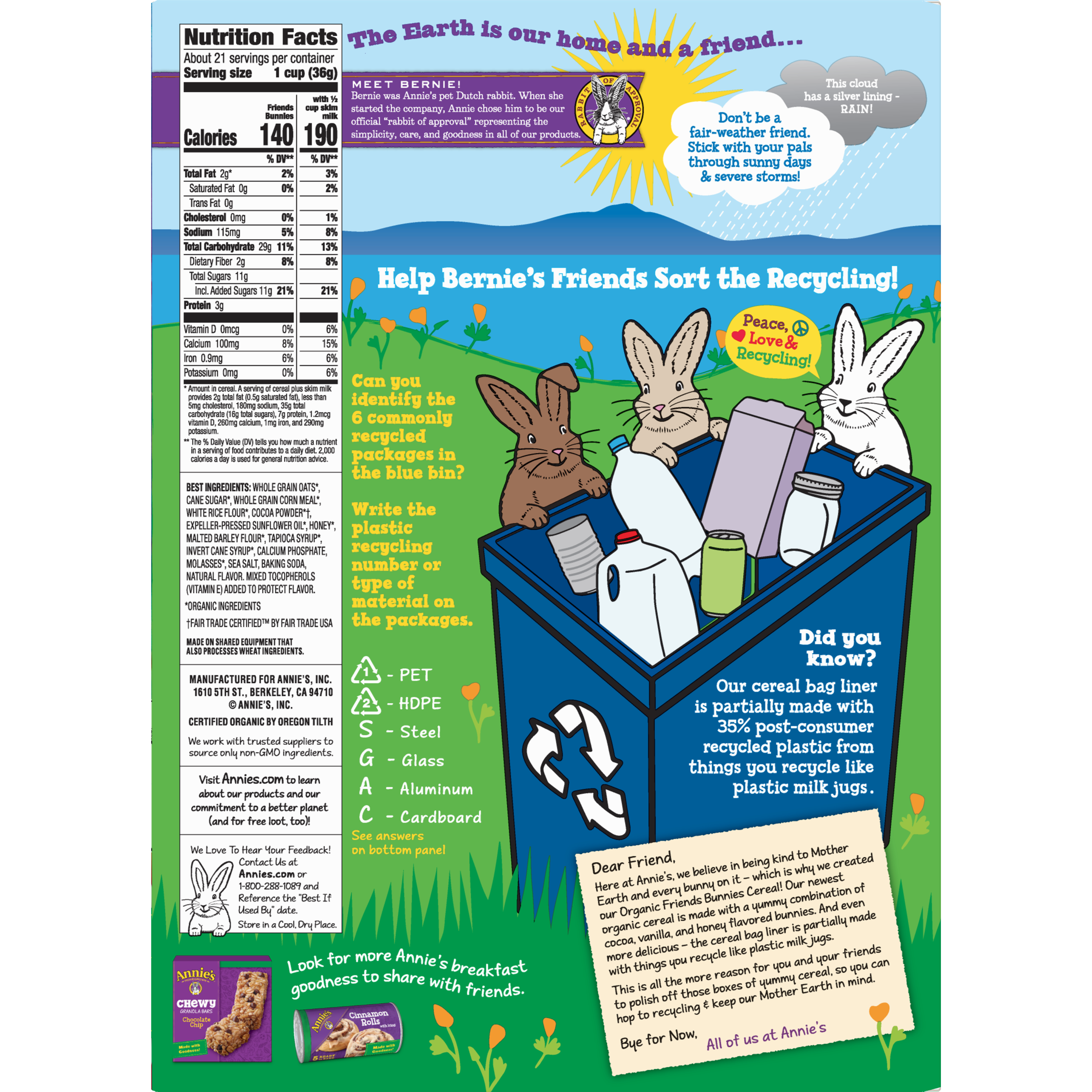 So Annie’s started looking at the market for recycled materials, and learned a major source of recycled HDPE plastic came from old milk jugs. Then the idea almost formed itself: Annie’s saw an opportunity to close a loop in consumers’ minds, and turn milk jugs into the packaging for cereal that people pour milk over in the morning.

Then, Annie’s decided to actually communicate that message to consumers as well—so the effort could boost not only the use of recycled plastic, but also awareness among and participation by consumers in the recycling process.

“We at Annie’s do a lot of education around our ingredients in our packaging,” he said. “We don’t necessarily talk about packaging on our packaging.”

That was a key focus of the award they received this year from the Sustainable Packaging Coalition for Innovation in Responsible Sourcing. In the award announcement, SPC explains that what makes the Annie’s effort “extraordinary” is: the prominent marketing message, which broadens consumer engagement in recycling by reminding them that the use of recycled content is enabled by their participation in recycling. Although postconsumer recycled content is widely used in plastic packaging, proud marketing claims are far too rare, and Annie’s deserves credit for giving it the spotlight!

That messaging seems to be doing its job. “It’s relatively new on the shelf, but we’ve had one consumer contact us to let us know this was the most wonderful piece of packaging they’d ever seen,” said Keenan.

The cereal liner bags also qualify for the plastic bag drop-off recycling that many supermarkets offer at the front of their stores.

Keenan said Annie’s approached the packaging effort as they do any new innovation. That requires investment, he added, but “it wasn’t a high enough deterrent that would push us away from it. And it wasn’t any different from choosing a bio-based material.”

The biggest learning had nothing to do with technology or recycling logistics. “We had to educate our team internally on what recycled content was and what the benefits are, specifically the design and marketing team,” he said. “Taking time to make sure everyone across the team understands the value of innovation helps you in the end be able to communicate the value you’re trying to achieve.”

As for next steps, Keenan said Annie’s is still in the innovation phase. Expanding the same recycled-content bag from cereal into the brand’s popular snacks, like its cheddar bunnies, is a “great opportunity,” he said, but the brand is exploring various paths forward.

For other brands considering sustainability efforts, he added it’s a good move not only in terms of environmental impact, but can also be a point of differentiation. “Categories are really crowded, and it’s hard to differentiate. Being able to talk about the film and the packaging, and sustainability innovation, is a really good talking point to gain sales and distribution on the product,” he said.

How Justin's, Noosa and Annie's retain their core values after acquisition
Apr 04, 2017

Why you should be optimistic about compostable packaging
Apr 29, 2019