How Imperfect Foods adapted to doubled order volumes during COVID-19 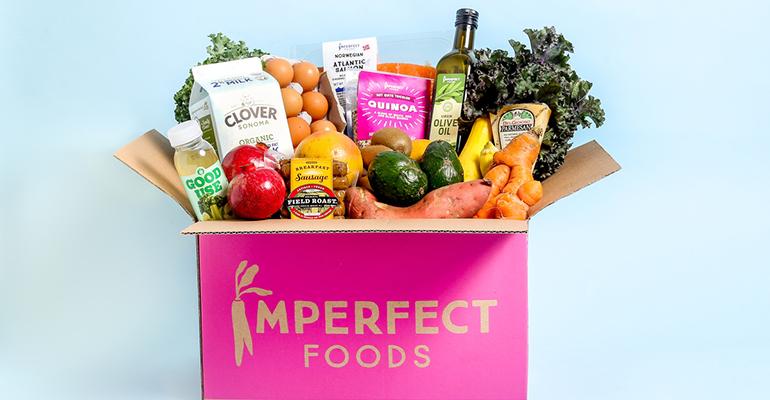 The "ugly" food retailer has successfully evolved with a shifting food supply chain⁠—and expects to save over 200 million pounds of food from going to waste this year.

Thanks to its ability to quickly scale, Imperfect Foods has seen immense growth throughout the COVID-19 pandemic. Since January, Imperfect Foods, a San Francisco-based food subscription service, says that its weekly order volumes have doubled and they are “on track” to save more than 200 million pounds of food going to waste in 2020.

Ed O’Malley, Imperfect Foods’ vice president of merchandising, says that the company—originally launched as Imperfect Produce in August of 2015—has seen “more than a 40% growth in our active user base.” 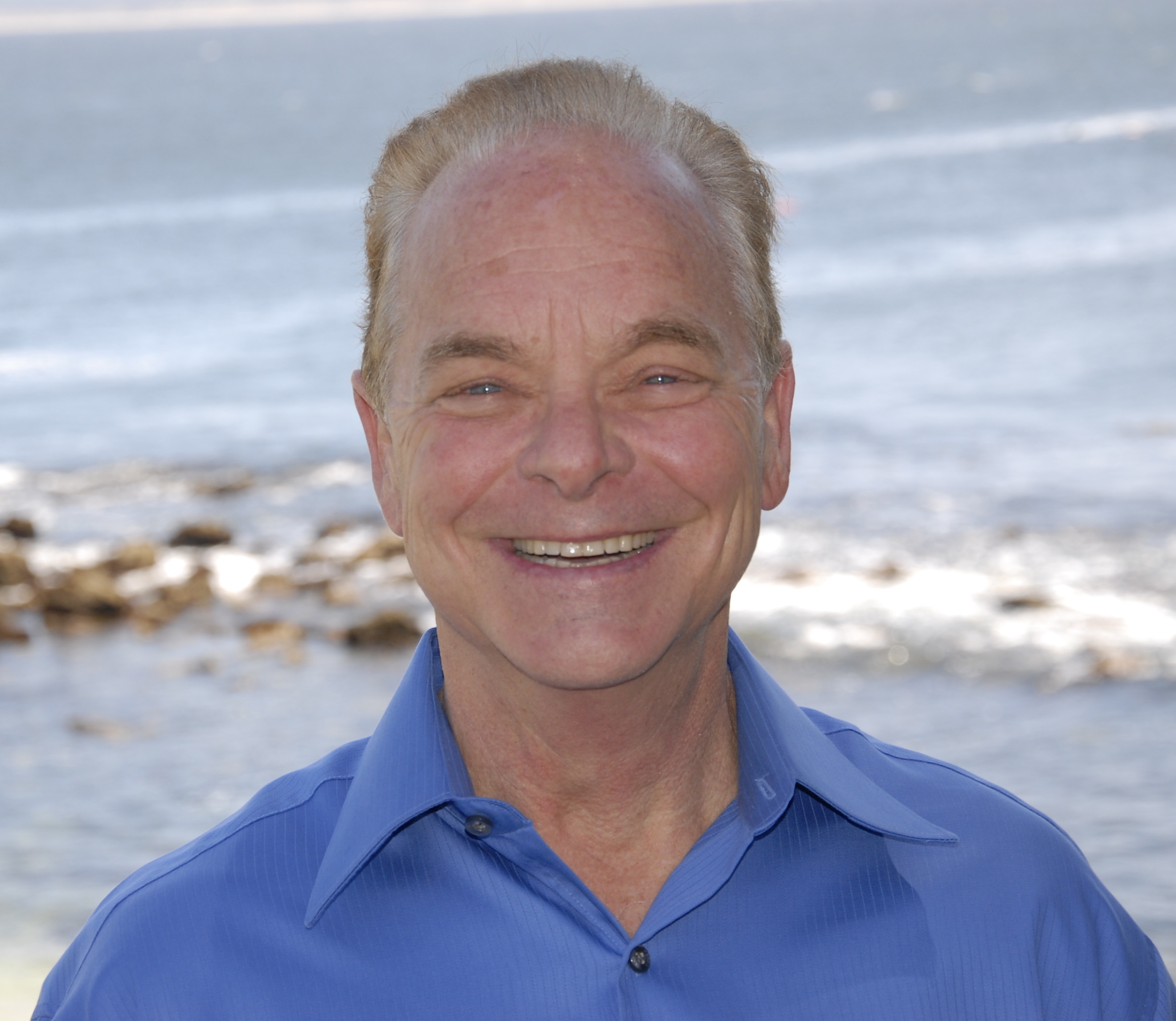 O’Malley (left) declined to share additional specifics about the number of active users or customer totals post-coronavirus, but says that “the positives have been taking on more food and the growth of our subscriber base.”

That agility resonated with the investors who helped Imperfect Foods raise $72 million in a Series C funding on May 20 led by capital from Insight Partners.

"The grocery industry has been evolving for years, yet this particular moment highlights an urgent need to reinvent our food supply chain with innovative technology, and keep people safe," says Adam Berger, managing director at Insight Partners, who will be joining the board of directors at Imperfect Foods.

It hasn't hurt to have celebrities including NBA’s Kevin Durant and Chancelor Bennett, AKA “Chance the Rapper,” invest either.

That doesn’t mean the road to ramping up production in the past few months has been easy.

“There have been a lot of difficulties because of coronavirus,” O’Malley says.

The biggest challenge according to O'Malley has been adjusting to “the huge ramp-up in volume” and having the operational capacity—and management—to quickly handle that kind of volume increase. This has greatly impacted the company's fulfillment centers.

“It's just not easy to manage a huge increase in volume like that,” he says. “We've been doing it week in week out, but it's a people business, and people are worried about [COVID-19] as you've got this additional workload.”

Last October the company rebranded as Imperfect Foods after the boxed fruit-and-vegetable delivery company known for its “ugly produce” expanded to include meat, dairy, seafood and other shelf-stable items such as coffee and avocado oil that had slight variances, surpluses or were “short-coded” with an expiration date less than several months away, making it unworthy of being stocked on a grocery store shelf. 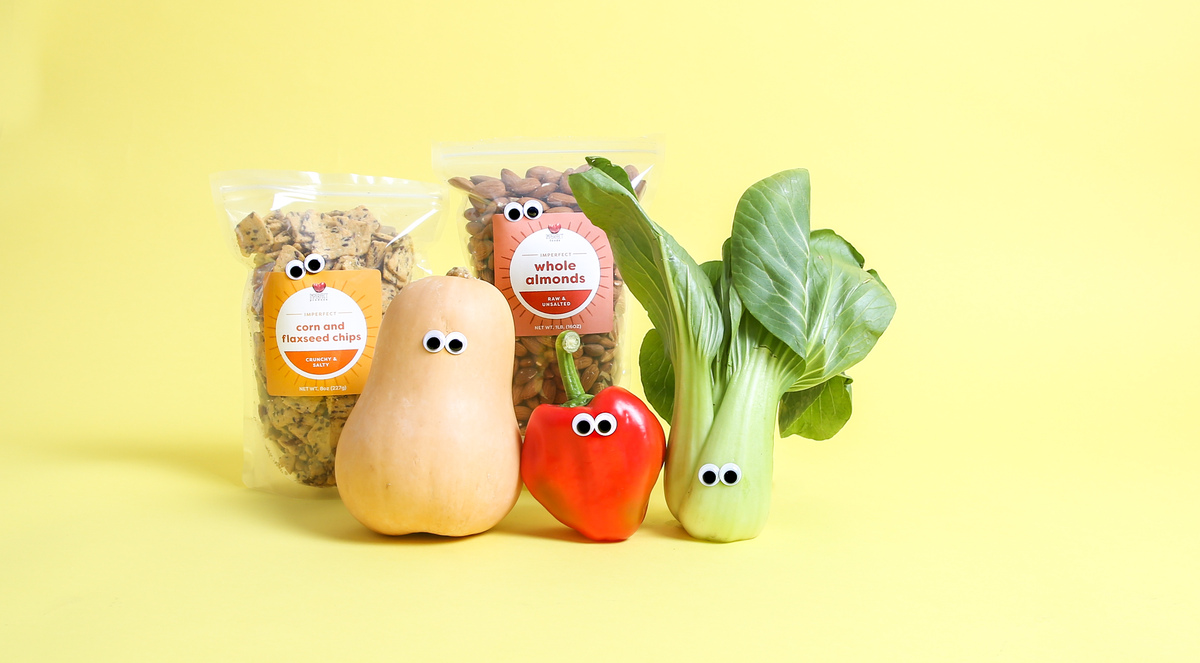 Although Imperfect Foods sources from Mexico and Canada, O’Malley says “well over half” comes from the U.S., among approximately 300 growers and producers.

“About 80% are family farms and another 15% or so are co-ops, food hubs and brokers representing small farmers,” O’Malley says. About 45% of the total volume is organic farming.

“We were fortunate as a company to have our infrastructure in place,” says O’Malley, who manages the inbound logistics of getting food from farms onto trucks to ship it to the fulfillment centers.

A purpose for unsold produce

Ask any grower-shipper: trying to predict how much to grow or what to grow can lead to problems.

“The growing costs before you even get into the harvest, the packaging and cooling can be $10,000 an acre,” O’Malley says. “That’s a sunk cost.”

And with most people farming 3,000 acres or more, the costs start to pile up.

Grower-shippers have to decide if they can recoup their “pick, pack and cool” costs for unsold produce or not.

If you can’t recover those three costs, sometimes it’s not worth it. And when the quality of the produce doesn’t meet the marketplace's cosmetic standards, that also leads to food waste.

The juxtaposition of farmers who needed to get rid of surplus and consumers who were looking for alternative food sources during coronavirus ended up being the perfect storm that helped Imperfect Foods grow as a go-between company.

“Most of the growers and coolers have not had problems with COVID-19 in their own facilities where they say ‘We can’t harvest, we can’t pack or we can’t distribute’ because of COVID,” says O’Malley. “There’s only been a smattering of issues, and I haven’t really seen them cause any disruptions in the supply chain.”

In June 2019, Imperfect Foods—then called Imperfect Produce—had more than 200,000 subscribers in 22 cities and sourced its produce from 250 growers, according to CNN.  It now delivers to 25 metro markets, as well as neighborhoods in 38 states.