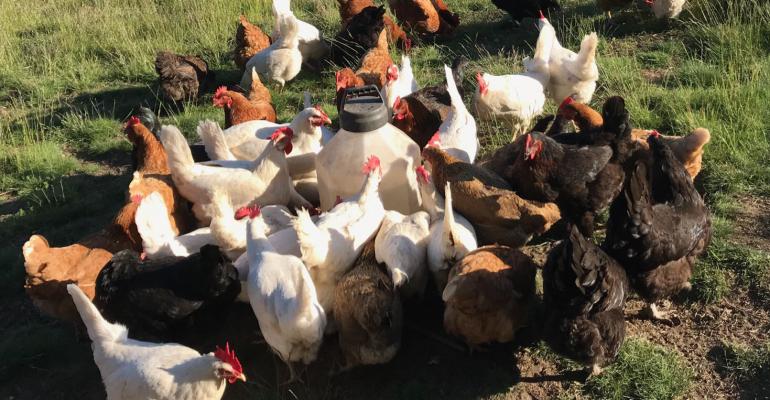 A grant program for local farms helps this store stock its shelves with the products that shoppers want.

Eastsound, Washington-based Orcas Food Co-op was only open for a few months—and not yet profitable—when it decided to set aside 0.5 percent of its produce sales to benefit local farms. This effort is called the Sustainable FARM Fund, which stands for food, agriculture, relationships and markets. A grant program for farms on Orcas Island, its goal is to help local producers expand their yields and therefore increase the local food supply.

Since it launched in 2015, the FARM Fund has benefited six local projects thanks to funds from produce sales and a once-a-year register roundup, in which customers have the option to round up their purchase to the nearest dollar to support the cause. The process is simple by design: farmers need only describe their project and commit to an update about how the funding helped them. “The farms don’t necessarily have to be increasing production directly for the co-op to buy, but the hope is that some of that will eventually come back to the co-op to carry,” said General Manager Learner Limbach.

The best example of this so far is with nearby egg producer Rainbow Chicken Ranch. “When we first opened, it was a bummer that we couldn’t carry local eggs,” because local producers could sell all they had at farm stands or to restaurants, Limbach said. The few times that Rainbow Chicken Ranch had a surplus, the co-op was able to put 12 dozen eggs on the shelf. They’d be gone within hours. “With the help of the FARM Fund, Rainbow Chicken Ranch and another local farm were able to expand their egg operations,” said Limbach. “Now we have as many local eggs as we can sell in the spring—about 300 to 400 dozen a month. Co-op shoppers are helping themselves by helping this program, because it expands production for the things they want.”

The next step for Orcas Food Co-op is to expand the FARM Fund to county-wide reach. Limbach plans to reach out to partners that support local agriculture such as nonprofits and businesses that sell local food. “There's a huge need out there,” he said. “But it’s our customers and the community who are really making it happen—we just facilitate it.”