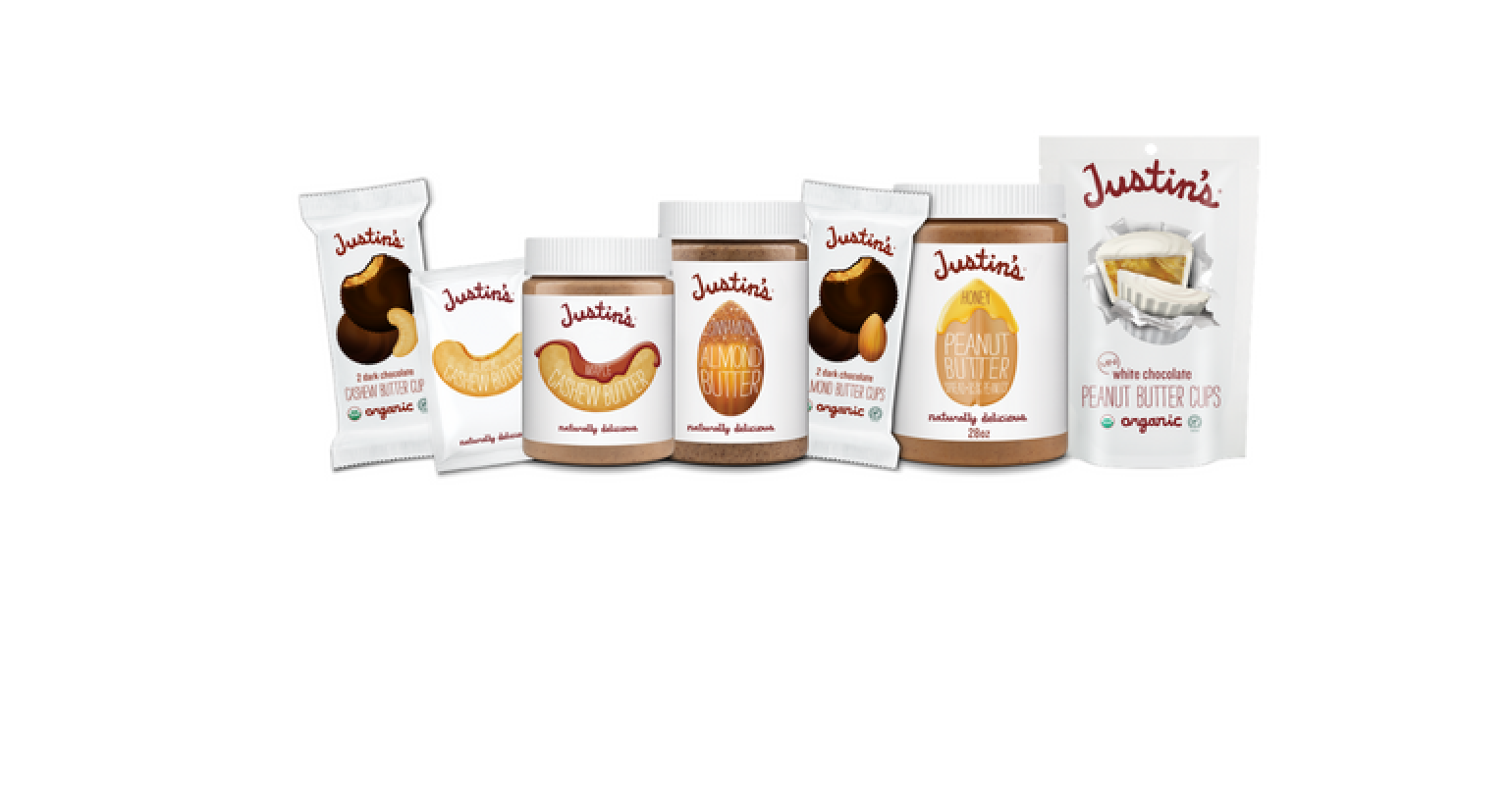 You’d be hard-pressed to find a new natural food entrepreneur who at some point during brand development—perhaps late at night pondering the day’s entrepreneurial tribulations—perused the “Story” section of Justin’s website and imagined his or her company following a similar path. That’s because Justin’s epitomizes the timeline of a modern, boot-strapped natural food company that rose to nationwide distribution and CPG acquisition—all while staying authentic to its roots and retaining fiercely loyal fans.

In 2004, founder Justin Gold started his company in his Boulder, Colorado, kitchen. Seeking a protein-dense, plant-based option to fuel his active lifestyle, he started whipping up nut butters much to the delight of his roommates, who devoured to his creations. This prompted Gold to mark the jar “Justin’s” on a piece of masking tape. The claim later became his business name.

What followed is a classic natural food start-up success story. He wrote a business plan. He started selling his products at the farmers market and in local independent retailers. He filled jars of nut butter on nights and weekends to help fulfill demand, and waited tables during the day. In 2007, Gold received the first Whole Foods Market’s Local Producer Loan in the Rocky Mountain Region, which helped propel his company to greater sales, greater production and greater market presence. In 2016, Hormel purchased Justin’s, which continues to sell high-quality confections, nut butter and squeeze packs across the United States.

For many brands, Justin’s serves as a beacon—a promise that their “crazy” idea is worth pursuing through start-up strife.

Gold's past receives much applause. But the story he is trying to blaze for his company’s future is even more compelling, as it’s one steeped in radical thinking about Justin’s role in the future of sustainable food and how aspirational ideas can incrementally push the entire industry forward.

“We all want to make the best food products and do the best that we can, with the challenge that it’s hard to do everything all at once,” says Gold. “It’s about progress, not perfection. We never take steps backward.”

Conscious sourcing triumphs are easier to find in some areas of his business than in others. Recently Justin’s transitioned all products to certified non-GMO—a big deal for a company of its size. The brand has also examined secondary ingredients in flagship products such as maple sugar and cinnamon, and is now sourcing them organic and conflict free. All of Justin’s confection items (such as the ridiculously good Dark Chocolate Almond Butter Cups) are USDA Organic.

“It’s important for brands to understand that improving business is a journey,” says Alyssa Harding, Justin’s corporate social responsibility and external relations manager. “What are we trying to do and where are we trying to go? We want to be part of the solution, not the problem.”

For example, Justin’s has spent considerable energy working through a multitiered approach that involves national, state and local action to mitigate pollinator decline because of loss of habitat, misuse of agricultural chemicals and disease. Justin’s retains a close partnership with The Xerces Society, a nonprofit that’s an internationally recognized leader in pollinator protection, in part by sourcing almonds from farms that are Be Better Certified, a seal created by Xerces. In Colorado, Justin’s supports People and Pollinators Action Network. In Boulder, the company provides scholarships for classrooms to visit Growing Gardens, a community garden.

Harding is passionate about integrating these three approaches. “In 2018, I’m focused on a theme of collective impact to build scalable programs,” she says, adding that she recently invited The Xerces Society to Boulder to host an integrated pest management workshop, which was attended by master gardeners from across the state. “When it comes to pollinators, I’m hoping to find a way to work on synchronized projects instead of everyone trying to make a one-off effort,” says Harding.

Justin’s continues to tackle tough issues that plague the entire food industry, such as traceability. Justin’s new line of nut butters and confections feature cashews, a crop that does not grow in the United States. “I love cashews so much, but they are harder to source ethically and with full traceability,” says Gold, who partners with a cashew supplier out of Africa devoted to sustainable cultivation, upholding fair labor standards and providing opportunities for local community development.

Cashews are notoriously difficult to source with a fully traceable supply chain because most cashews are processed through Vietnam, as the country is home to the largest shelling, roasting and cleaning facility in the world. Compounding the issue, nut butter producers use cashew pieces, which are even more difficult to establish reliable sourcing transparency, rather than whole cashews, which are used for snack nut mixes.

“The pieces supply chain is what’s really hard to trace,” says Harding. “When the supply chain is tough to trace, it’s important to link up with a supplier who is aware of the issue and who is open to repairing these pain points. One of our long-term goals is to increase traceability—the initial step is establishing a relationship with our supplier.” Justin's Africa-based supplier is on-board with such initiatives and is currently building a network of growers and processors dedicated to responsible, traceable cashew cultivation.

Other issues Justin’s continues to improve include working with industry members to find a sustainable squeeze pack solution that can be composted after use. As of yet, a bio-based film that can hold and protect nut butter does not exist.

What’s clear is that the company recognizes it can’t make systemic supply improvements in the world alone. Only through collaboration with similarly minded brands can true, lasting positive change occur. Along with 170 other natural brands, Justin’s has made a commitment to the Climate Collaborative—a natural industry group—to help reverse climate change by initiating programs such as integrating carbon farming, removing commodity-driven deforestation and reducing food waste in the supply chain.

Justin’s is thinking even bigger. The brand was a visible supporter of the newly launched Regenerative Organic Certification, which was launched by Patagonia, Dr. Bronner’s and the Rodale Institute at Natural Products Expo West 2018. And Harding is excited by a future dream to use paper made from discarded peanut shells in packaging, and partnering with clothing manufacturers to rotate organic cotton with organic peanuts on the same plot—a supply chain feat that would be incredibly difficult to achieve.

But Justin’s isn’t stymied by challenges. Both Harding and Gold believe that asking the right questions—the inspirational questions and the difficult questions—is key to building a healthier food system.

Esca Bona Supplier Hero is a recurring feature of suppliers that fuel innovation in the good food supply chain. Esca Bona is an event and brand spearheaded by New Hope Network that champions the good food movement by helping finished product brands improve their supply chain, support the people who create food, and best harness technology and innovation.