This woman-owned, mission-driven business takes toxins out of kids' lunchboxes 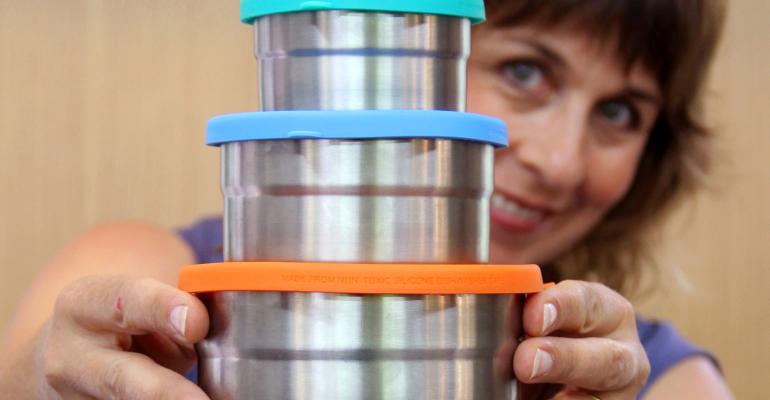 Since founding ECOlunchbox in 2009, Sandra Ann Harris has been scaling her no-plastic lunchware business without diluting her values.

Sandra Ann Harris, founder and president of ECOlunchbox, has grown a company from an idea in 2009 to one that now sells internationally and saw 35 percent growth in 2016 over the previous year. And the Lafayette, California-based maker of plastic-free food containers already has three new products planned for launch this year.

We caught up with Harris about what it’s like to be a woman-owned, mission-driven small business.

Related: Natural living: The next frontier for growth? [NEXT Forecast 2017]

What’s the origin story of ECOlunchbox?

Sandra Ann Harris: Before I started ECOlunchbox, I was never a businessperson. I was an investigative journalist and humanitarian aid worker. I realized there weren’t any plastic-free nontoxic lunch options in the marketplace, and this was a need I wanted to fill. I believe there is no healthy plastic available. It is inherently toxic. Plastic is petroleum-based and it doesn't biodegrade. Only 1 percent of plastic worldwide is ever recycled. Hopefully we’ll develop more recycling capacity and greater ability to collect used plastics and turn them into new products, but I don’t think it’s responsible to continue to manufacture new plastic products.

I started ECOlunchbox on my kitchen table in the San Francisco Bay area. I started selling at local craft fairs—I thought I was going to just start a small internet business and sell to deep green customers. I didn’t think I’d sell to Whole Foods and the Container Store, and soon we’re going to be in Target. Nor did I have in mind we’d be selling to distributors all over the world. I just thought I would start an e-commerce company and sell occasionally at local events.

What has the company’s trajectory been like since 2009, and has there been much change in the competition you face?

SAH: Remember that 2009 was when the economy was really depressed—people weren’t really buying things, but there seemed to be a lot of demand. Now, we were the first to market, but I’m still not aware of other companies that are plastic-free. We have competitors that are reusable, and competitors that use stainless, but all the companies mix in plastic in some way.

With the Blue Water Bento line, we’re offering the convenience and functionality of plastic but without any of the toxins—without using petroleum-based plastic, in an entirely estrogen-free format. We’ve gotten a great response to that product; that’s the line that Target is picking up in 2017.

Can you talk about your experience as a mission-driven entrepreneur, and what it’s like to be a woman running a small, independent business?

SAH: My goal as a mission-based entrepreneur with this company is to show people that with persistence, we can design healthier, more sustainable products that are plastic-free and have other wonderful eco-qualities.

It has been very challenging as a woman-owned independent small business, seeking only to put to market these plastic-free nontoxic products to scale. We’ve had to do so only with internal resources. I’ve looked for funding, but most investors come from the old economy and they don’t see a lot of value in what we’re doing, in terms of strictly adhering to a plastic-free line. The investors I’ve talked to have said, 'Oh, don’t be so purist about it. Just use some plastic, bring the price point down, and you’ll sell a whole bunch more.' I’m not going to do that.

What role does ECOlunchbox play in the natural foods industry?

SAH: I think a lot of the trends we’ve seen in food are now going to start expanding into other categories. People often come to the nontoxic, organic movement through food—thinking about food, who grows it, where it comes from, whether or not it’s organic. It has become hugely popular. And I think once people get control over their food and feel like they’re making good choices about their food, they expand their sphere of interest in other areas of their lives.

This company wants to transform the way kids eat—starting with school lunch
Aug 30, 2016