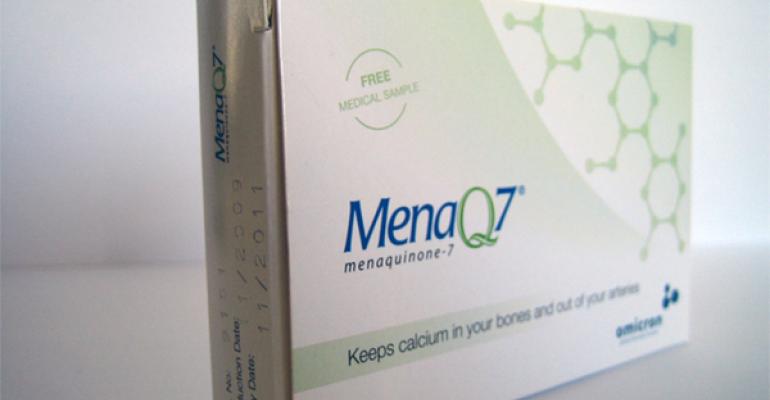 Daniel H. Rosenbaum has been appointed as chief operating officer of NattoPharma USA Inc. based in New Jersey.

“The employment of Daniel H. Rosenbaum reflects a shift in our company and points to the opportunity for a significant growth of the science-backed vitamin K2 market for MenaQ7,” says Frode M. Bohan, chairman of NattoPharma ASA, Høvik, Norway. “Rosenbaum has a strong network within the omega-3 and dietary supplement industry. This, in combination with the increasing business potential for MenaQ7 in the U.S., reinforces NattoPharma’s great expectations for the future.”

Prior to joining NattoPharma, Rosenbaum served as general manager of nutraceuticals of FMC Health & Nutrition, a division of the Philadelphia-based FMC Corp., an $8.5 billion market cap NYSE-listed chemical company, where he worked in various leadership capacities starting in 1995. Most recently at FMC Health & Nutrition, Rosenbaum led the integration of the $345-million acquisition of a premium omega-3 producer, with operations in Norway and UK.

“Rosenbaum has achieved proven successes in business turnarounds, international assignments, acquisitions, and startups” says Hogne Vik, NattoPharma CEO. "His background has shown that he builds motivated, high-performance organizations, which makes him perfectly suited for our needs and for the fulfillment of both our short- and long-term goals."

Since launching North American operations 2013 under Eric Anderson, global vice president of sales and marketing, MenaQ7® has been introduced in a variety of dietary supplements, as a medical food, and has been added to the shelves of both CVS and Walgreens, the leading U.S. pharmacy chains.

Rosenbaum's role will help drive and realize the next commercial phase of NattoPharma and its signature ingredient, MenaQ7, and to add strategic capabilities to enable further business growth.