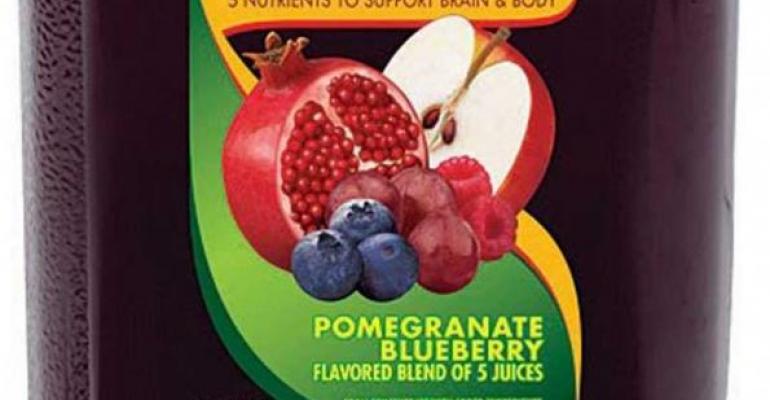 Keep your lawyers on retainer. The supplements world is about to reap the whirlwind of the Supreme Court decision in POM Wonderful v Coke.

On Thursday, the U.S. Supreme Court shook up the nutrition world like no court case in decades by unanimously deciding POM Wonderful can indeed sue Coca-Cola for misleading consumers because its “Pomegranate Blueberry Flavored Blend of 5 Juices” product contains only 2 teaspoons of pomegranate and blueberry juice in a 59-ounce container.

The dispute has been going on since 2008. The core legal issue is whether two federal statutes, which have peacefully co-existed for 70 years, can continue to do so, or whether the FDA-regulated Food, Drug and Cosmetic Act, which regulates technical labeling, trumps the false-advertising Lanham Act.

Coke argued that its product name was accurate, and the ingredients are listed in order of appearance on the Nutrition Facts panel, per the FDCA. POM noted that the name of the drink was really Pomegranate Blueberry because those two words were far larger than everything else on the label, and the product contained 0.3 percent pomegranate juice and 0.2 percent blueberry juice, while 99.4 percent of the rest of it was apple and grape juice (and another 0.1 percent raspberry juice for good measure).

Also of note, POM had to demonstrate damages by the deceptive practices.

“Frankly, the Supreme Court agreed with every argument POM made,” said Daniel Silverman, a former in-house counsel at POM Wonderful and partner at Venable LLP in Los Angeles. “They did not want to countenance deception.”

[For an expert blog on the subject, click here.]

So what do we know now that we didn’t know yesterday? Our top eight list here:

1. The FDA got spanked, too. The pro-corporate, anti-government Roberts Court marches on. The FDA has historically owned full regulatory authority vis a vis product labeling – this goes for pharmaceutical drugs as much as it does foods and beverages and supplements. No more. It’s now a world of co-shared regulatory authority along with private enterprise legal teams and the courts. “This ruling says, No. 1, the court philosophically is letting the free market decide,” said Loren Israelsen, president of the United Natural Products Alliance. “The FDA will be a part of this discussion but is not the last word. You can imagine the FDA is concerned about the implications of this decision now that their authority and sovereignty over regulated labels now appears to be changed.”

2. You can walk and chew gum at the same time. At its face, when seen from the breezy confines of the media, this sounded a lot like a simple case over whether consumers were duped. In oral arguments before the court, Justice Kennedy – who ended up writing the court opinion – was clearly peeved when the Coke attorney said only “unintelligent consumers” might be be duped. “Don’t make me feel bad because I thought that this was pomegranate juice!” said Kennedy from the bench.

This court decision was really whether two federal acts could peacefully co-exist, with the Supreme Court, unlike lower courts, ruling that they could. Because they could, POM can sue Coke. To read the full text of the decision, click here.

“The label drove the analysis,” said Claudia Vetesi, a consumer litigation and product liability attorney with Morrison & Foerster, based in San Francisco. “They made it clear it’s about two federal statutes, and the Food, Drug and Cosmetics Act does not trump the Lanham Act. They have co-existed for 70 years. It was factored in they thought the label was misleading, and they know the FDA doesn’t police every misleading label.”

In the dry language of the court, after 17 pages on the compatibility of the two federal statutes, here’s how Justice Kennedy worded the conclusion: “Coca-Cola and the United States ask the Court to elevate the FDCA and the FDA’s regulations over the private cause of action authorized by the Lanham Act. But the FDCA and the Lanham Act complement each other in the federal regulation of misleading labels. Congress did not intend the FDCA to preclude Lanham Act suits like POM’s. The position Coca-Cola takes in this Court that because food and beverage labeling is involved it has no Lanham Act liability here for practices that allegedly mislead and trick consumers, all to the injury of competitors, finds no support in precedent or the statutes. The judgment of the Court of Appeals for the Ninth Circuit is reversed, and the case is remanded for further proceedings consistent with this opinion.”

3. What will Coke do once it loses again at trial? This is important, and click here for a blog postulating the possibilities.

4. Every other company will also re-look at its product portfolio to see just how exposed they are to competitor lawsuits.

5. If you deceive, you will pay. The lawsuits will commence apace. “Food manufacturers, although perhaps compliant with FDA labeling requirements, will still be subject to suits by competitors or other individual parties for any alleged misleading or false claims on their product packaging,” wrote Paul W. Garrity and Tyler E. Baker from the New York law firm Sheppard Mullin Richter & Hampton, LLP.

And the linchpin of the case was not only did the Supreme Court say the two federal statutes at play were able to co-exist, but that the Lanham Act was “a floor, not a ceiling,” according to Silverman. “Just because you meet technical labeling requirements, you can’t dupe consumers. Yes, you have to meet requirements, but that’s not all. You can’t deceive. In the case of Coke, it was frankly a clear smoking gun they were out to deceive. The product, in large letters, says Pomegranate Blueberry, and the consumer think it’s mostly that, but there’s only 2 teaspoons of pomegranate and blueberry juice in a bottle.”

6. Look out, supplements purveyors of borrowed science. Say you’re a supplement company and your competitor has been borrowing the science you funded and investigated using your branded ingredient. This stuff happens all the time. Or, maybe you invested in a New Dietary Ingredient dossier. Maybe you’re GRAS. And that knock-off competitor has been eating your P&L for lunch because they sell their commodity product cheaper than you do. You may have been itching for a fight for a long time. You now have that opportunity. “There will be the emotion and immediacy to rectify the competitive injustice in the eyes of companies,” opined Loren Israelsen, president of the United Natural Products Alliance.

7. “Natural” remains safely unsafe. One line of thinking is that Coke’s defense was that the federal government, not competitors, should be enforcing uniform label requirements. But that’s what’s happening with “natural” labels today – the definition, absent federal regulations, is being defined by lawsuits. But Silverman disagrees that there is an analogous case to be made. “’Natural’ is a specific term not defined by the FDA,” he said. “In this case, the regulations are defined and Coke technically complied, whereas “natural” is amorphous and so courts define it.”

So on that score, “natural” will continue to be rich fodder for attorneys looking to make sure transparent labeling aligns with what’s inside the packaging.

8. This is the biggest court case in decades. In 1999, the First Amendment case Pearson v. Shalala brought into being the concept of qualified health claims. These were cases of allowing the public to hear about non-misleading scientific information even when the evidence was not airtight. The qualified health claim extends for selenium and prostate cancer and even omega-3 fish oils for cardiovascular health – you would think that omega-3s would be a slam-dunk bona-fide, regular health claim, but not so. Even so, there is so much dissembling language around them that many companies have chosen to not go there. Because how sexy is it really to print on your label qualifying language like “Very limited and preliminary scientific research suggests … FDA concludes that there is little scientific evidence supporting this claim.” Um, thanks? Besides, those were companies fighting the government, whereas nowadays it’ll be a private enterprise grudge match.

And before that court case, what was bigger? Lawyers – comment in the section below.