The U.S. Food and Drug Administration has worked feverishly over the last few years to hold dietary supplement companies accountable to good manufacturing practices and reasonable product claims by performing hundreds of inspections and sending countless warning letters. But with the recent departure of Daniel Fabricant, PhD, former head of FDA’s Division of Dietary Supplement Programs—whose tenure at the agency was characterized by aggressive policing of supplements—we seem to have entered a period of focus on food product claims.

Warning letters sent in July to such companies as Dr. Bronner’s, Atlantic Trading Co. and Deer Garden Foods for health claims made on their food products are similar in tone to claims-related letters sent by FDA to supplement companies. 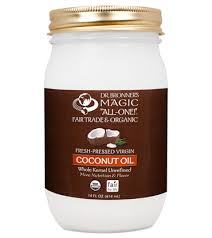 Atlantic Trading was dinged for unapproved drug claims made on its Atlantic Salmon Boneless Skinless Center Cut Fillets. The company implied that the omega-3 content in its fish fillets could lower risk of cancer, rheumatoid arthritis and heart disease.

FDA warned Deer Garden about website copy for several of its kimchi and salad products, which included such gems as “cancer-fighting cabbage” and “anti-bacterial dill.”

Dr. Bronner’s, a mainstay organic soap company that also sells a fast-growing line of coconut oils for dietary consumption, claimed on its label that the medium chain fatty acids found in virgin coconut oil “improve blood cholesterol.” The claim was removed prior to the warning letter’s arrival, however, said company head David Bronner. The warning letter also alleged that the oil was misbranded for failing to declare the presence or non-presence of trans fats.

Could this be a new trend in FDA claims enforcement? It’s too early to say—the last two months have seen few warning letters that match the drug-claims-on-food paradigm.

Nevertheless, Dr. Bronner’s suffered from the warning letter’s release when Food Safety News picked up the story and erroneously asserted that FDA had targeted the coconut oil for containing trans fats.

“It’s not hydrogenated in the first place,” David Bronner said of the coconut oil, which contains no trans fats. The publication has since issued a retraction.

Bronner does not fault the agency for its enforcement action. “Coconut oil is a red hot category, and it’s relatively new,” he said. It’s natural for FDA to nitpick markets gaining a lot of attention, especially when the players are non-endemic to the category. “We’re not superexperienced in this area,” Bronner said of the food market.

It’s safe to say that companies playing in fast-growing food markets—such as coconut oil, pickled products and omega-3-rich foods—would do well to carefully manage their product claims and labels to avoid FDA scrutiny.