Congress introduces bill to legalize CBD once and for all 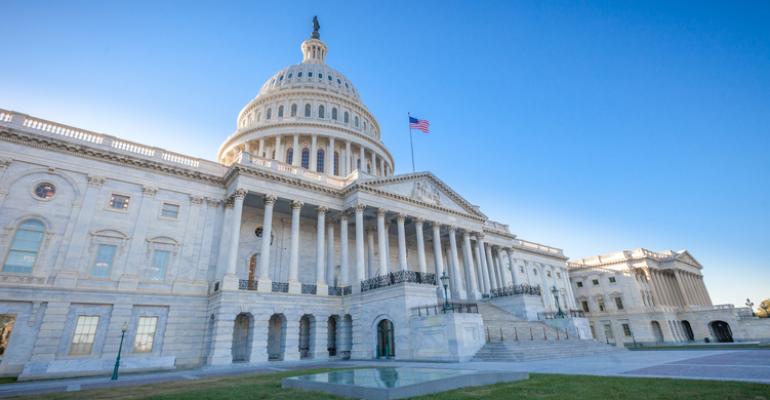 Losing its patience with the FDA, a bipartisan bill was introduced to allow CBD into foods and supplements.

Legislation was unveiled Monday in the U.S. House of Representatives to allow hemp-based CBD to be marketed in dietary supplements and conventional food.

The bill, introduced by House Agriculture Committee Chairman Collin Peterson (D-MN), is a simple, three-page bill that would explicitly include hemp-derived CBD in the definition of a dietary supplement.

Related: FDA ups the ante in its war against CBD

It also would create an exception for CBD to a “prohibited act” in Section 301(ll) of the Federal Food, Drug & Cosmetic Act (FDCA), which essentially bars the introduction into interstate commerce of a food (including a dietary supplement ingredient) that was first studied as a pharmaceutical drug.

The FDA has continually cited the FDCA as the reason it cannot declare hemp CBD as a legal dietary ingredient—and thus has done little to regulate the booming market other than occasionally send out a dozen or so warning letters to companies making egregious disease claims around products.

Peterson’s bill also would require the Agriculture Secretary, “in consultation with other relevant federal and state agencies,” to “complete a study on the market and regulatory barriers for producers operating under the domestic hemp production program specified” in USDA’s regulations.

An end-around to the FDA

Since 2015, FDA has reiterated in public speeches, written statements and warning letters that CBD was first authorized for investigation as a new drug and the subject of substantial clinical investigations by GW Pharmaceuticals plc. Consequently, under the FDCA, CBD cannot be marketed in dietary supplements or added to conventional food, according to the FDA.

CBD, nonetheless, has flourished on the U.S. market and is sold virtually everywhere from e-commerce sites to gas stations, grocery stores and restaurants.

FDA’s public stance that CBD cannot be sold in food and supplements has not been incorporated in a formal regulation or adjudicated in the courts. Marketers with collectively tens of millions of dollars in annual sales are expected to tangle with FDA in the judiciary if the agency moved to shut down the industry.

If passed into law, HB 5587 could avoid a protracted battle between industry and regulators over the compound’s legality. But members of Congress may be reticent to interfere with FDA, which has raised growing concerns and unanswered questions about the safety of CBD.

Although FDA has been exploring whether to create a legal pathway for CBD in food and supplements, it has not begun a formal rulemaking.

“Since it’s probably not going to be resolved for two to three years, it’s great that someone in Congress wants to quicken the process,” Geoff Whaling, chairman of the National Hemp Association, a nonprofit organization, said in an interview. “But I think that Congress has got a lot of other priorities, and they want the FDA to be able to do their job and not interfere, and that’s what I’m hearing from some congressional members.”

On the other hand, “FDA is saying, ‘We’re working within the laws and rules that Congress has given us,’” Whaling noted. “So what do you do? You need to get Congress to change those rules. And that’s what this piece of legislation would do.”

“It seems that both parties [FDA and Congress] were waiting for someone else to make the first move,” said Tami Wahl, a strategic policy advisor with experience in the natural products industry, in an interview.

Added Mike Greene, a consultant with Greene GR Strategies and seasoned lobbyist who previously served as senior vice president for government relations with the Council for Responsible Nutrition (CRN): “It is Congress’ job to tell the agencies what to do, when to do it, how to do it, and to be as clear as possible in the legislative language so that they understand it.”

Greene said he and Wahl worked with Peterson to introduce the legislation. He expressed hope that the House Committee on Energy and Commerce, which oversees FDA, would consider the legislation at some point in 2020 during a hearing.

“It’s our goal that this bill would be considered and Chairman Peterson would have a chance to testify or maybe even explain why he introduced the bill,” Greene said in an interview.

Eric Steenstra, president of the advocacy group Vote Hemp, expressed support for Peterson’s legislation, saying it would “help provide clarity to the marketplace and ensure that CBD supplements can be marketed and sold nationwide.”

“We urge Congress to pass this legislation quickly and FDA to regulate hemp-derived CBD the same as any other supplement under existing regulations,” Steenstra said in a statement.

The hemp industry has expressed frustration with FDA’s failure to develop a legal path for CBD in food and supplements.

“FDA’s past promises to lay out a regulatory path for the retail sale of hemp-derived CBD products have so far gone unfulfilled,” the U.S. Hemp Roundtable, a coalition of hemp companies and organizations, wrote in an email blast. “Inaction by the agency has led to a worst of all worlds: While a legal cloud hovers over commerce in safe, quality-assured, popular CBD products, unregulated bad actors continue to sell inferior products that give misleading information to consumers and potentially endanger public health and safety.”

“Congress,” the U.S. Hemp Roundtable added, “has begun to lose its patience.”

Signed into law, the 2018 Farm Bill removed hemp from the Controlled Substances Act, treating the substance as an agricultural commodity subject to USDA’s jurisdiction. But it didn’t solve the definitional problems identified by FDA related to CBD in food and supplements.

“The last two Farm Bills were landmark successes for hemp, but we are still very early in this process, and growers need regulatory certainty,” Peterson said in a statement. “This bill will allow FDA to regulate CBD that comes from hemp as a dietary supplement, providing a pathway forward for hemp-derived products. It would also identify barriers to success for hemp farmers, informing growers and policy makers of the challenges facing this new industry.”

“Despite legalization of hemp in the last Farm Bill, there’s been a lack of clarity around hemp and hemp-derived CBD,” Pingree said in a statement. “Businesses have suffered due to murky regulations on banking, insurance, marketing, and generally operating above ground. With this bill, we’re providing a pathway forward for hemp farmers by allowing hemp-derived CBD products to be marketed like any other dietary supplement.”

Spokespeople for Comer and Massie did not immediately respond to emailed requests for comment.