HomeNewsRegulatoryCouncil for Responsible Nutrition supports the FDA's defining 'natural' for food labels
Recent
Latest
4 tips to get ahead of chemical concerns in packaging
May 20, 2022
7 CBD favorites in the increasingly popular gummies format
May 20, 2022
Mission MightyMe helps parents introduce allergens to babies
May 20, 2022
UNFI's Eric Dorne to step down as chief operating officer
May 20, 2022
Trending
Whole Foods' honors 30 companies with 10th annual Supplier Awards
May 18, 2022
Getting ready for 2023: Trends for brands to consider
May 17, 2022
Sponsored Content
The rise of sustainable business – eGuide
Sponsored Content
Natural beauty market trends
Jun 16, 2021 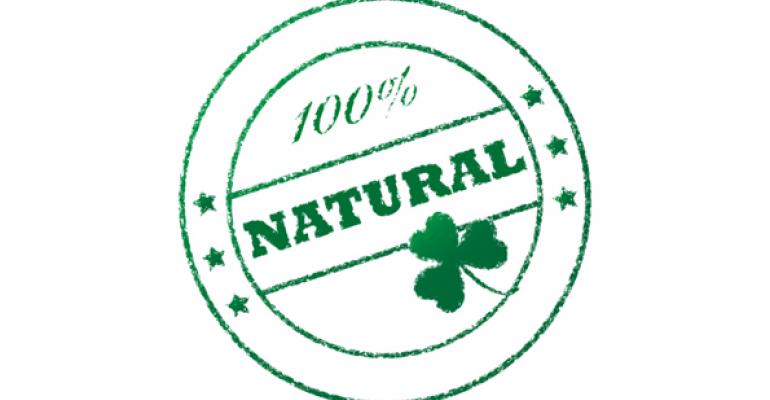 The Council for Responsible Nutrition supported a regulatory definition of &quot;natural&quot; in labeling food products when it submitted comments to the Food and Drug Administration this week.

The Council for Responsible Nutrition supported a regulatory definition of "natural" in labeling food products when it submitted comments to the Food and Drug Administration this week.

In the council's comments, CRN senior vice president Douglas MacKay wrote, "The term 'natural' should be defined in regulation to clarify the appropriate use of the term in the labeling of human food products, including dietary supplements. … With a regulatory definition, FDA would be able to enforce the rule to reduce the number of products that use the term 'natural' in false or misleading ways."

The Council for Responsible Nutrition also suggested that the definition of "natural" should define categories of the word, as the National Organic Program defines organic. In addition, it wants the FDA to consider an ingredient's source "as the key determinant of whether it meets the definition" and, if the ingredient comes from a raw natural product, to consider the ingredient to be natural.

Fortification that follows the FDA's fortification policy should be allowed in foods that are labeled natural, the CRN said.

Via a Federal Register Notice on Nov. 12, the agency asked the public for information and comments on whether the agency should define or prohibit "natural" as well as several other questions on the subject. The term is not regulated, so food and supplement manufacturers decide whether to claim their products are natural. Some companies that have used the term have been sued by consumers who disagree.

MacKay wrote in the CRN's comments that the use of "natural" should not be prohibited because the industry has long used the term without FDA objection and because, if it is banned, companies would use other poorly defined terms such as "sustainable" or "earth-friendly" that would further confuse consumers.

The Organic & Natural Health Association took a position opposite of CRN's. In February, following its first national conference, the association announced that "natural" should not be included on product labels. Rather, it should be used only in marketing and promotional materials to describe products' attributes. It appears that the association did not submit any comments to the FDA.

The FDA began accepting comments Dec. 28; the deadline after one extension was Tuesday. According to the website Regulations.gov, more than 4,800 comments were received.