HomeNewsRegulatoryGMO labeling battle rages on with return of ‘DARK Act'
Recent
Latest
Sponsored Content
Organic agriculture and its impact on ingredients and the planet – webinar
Sponsored Content
The goodness wrapped in a certified organic seal – video
Podcast: What brands need to get on shelf at Fresh Thyme Market
May 24, 2022
Natural Habitats releases Palm Positive+, A Reference Guide
May 24, 2022
Trending
Getting ready for 2023: Trends for brands to consider
May 17, 2022
Whole Foods' honors 30 companies with 10th annual Supplier Awards
May 18, 2022
6 tips to promote consumer understanding of Certified Organic
May 18, 2022
Natural beauty market trends
Jun 16, 2021

GMO labeling battle rages on with return of ‘DARK Act' 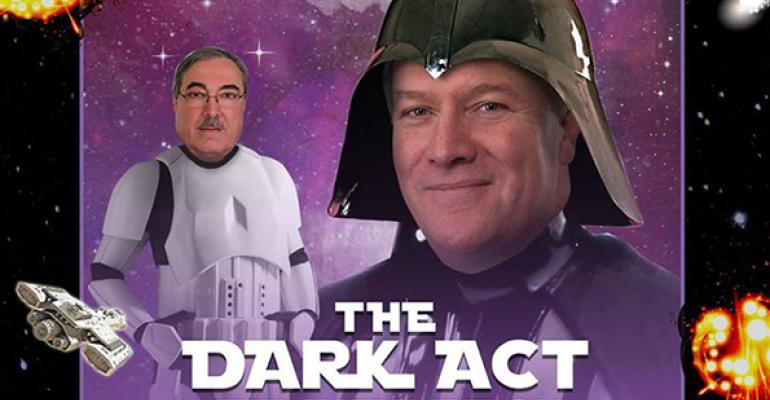 GMO labeling advocates say passage of the bill would strip states of their abilities to enforce GMO labeling measures and make it even harder to win at the federal level.

The agrochemical and food industries are waging a campaign against GMO labeling that Just Label It Chairman Gary Hirshberg has called “diabolical but certainly brilliant” for its potential to stop state labeling efforts in their tracks.

At Natural Products Expo West earlier this month, Hirshberg led a panel discussion on the state of GMO labeling that focused primarily on the re-introduction of the Safe and Accurate Food Labeling Act to Congress, which happened this week.

Sponsored by Reps. Mike Pompeo from Kansas and G.K. Butterfield from North Carolina, the bill has been nicknamed the Denying Americans the Right to Know (DARK) Act by GMO labeling activists. It would grant the FDA the sole right to require GMO labeling, in turn making efforts at the state level like those in Vermont, Connecticut and Maine, null. Instead, it would establish voluntary labeling as the national standard.

“This is brilliant because it makes these companies look like they support national labeling, but […] no company is ever going to voluntarily label the presence of GMOs in their food supply,” Hirshberg said.

The pro-GMO labeling camp hinges its arguments on evidence that by engineering foods to be resistant to herbicides and insecticides, companies like Monsanto and Dow have successfully increased herbicide and insecticide usage, which comes with no shortage of health concerns. And consumers have the right to know if these potentially harmful chemicals are used in the production of their food.

Passage of the bill would not only strip states of their abilities to require companies to label GMOs, but it would make it even harder for the pro-GMO labeling camp to convince the FDA to implement mandatory labeling because a federal regulation would already be in place.

The FDA, for its part, has for nearly two decades maintained that genetically modified foods are “substantially equivalent” to their conventional counterparts and thus do not require labels, despite pressure from advocacy groups to revise this policy. In 2011, the Center for Food Safety collected 1.4 million signatures on a petition calling for the agency to require labels on GMO foods.

This DARK Act, according to Hirshberg, will frankly be tough to beat in the House. Instead, the primary focus is on stopping it in the Senate and in the White House.

Doing that will require a carefully honed message. Colin O’Neil, director of government affairs at the Center for Food Safety, said it’s important not to poison the well in Washington while fighting this bill; the message is that a federal approach is necessary, but that the Pompeo bill is not the right approach.

Last month, Sen. Barbara Boxer from California and Rep. Peter DeFazio of Oregon introduced the Genetically Engineered Food Right-to-Know Act of 2015 in Congress — bipartisan legislation that, if passed, would mandate GM labeling. It’s backed by more than 120 organizations and business, many in the natural products industry.

“It’s really hard for opponents to fight multiple battles,” he said. “If we have fights in 20 or 30 or 40 state capitals and we’re fighting in Washington D.C., it gets harder and harder to not lose any of those fights.”

There are more than 30 state GMO labeling bills either active or in progress, according to Leahy, all of which are helping elevate the conversation and put pressure on the companies in opposition of labeling.

“I think most folks who look at this issue understand that in the long-run, a federal solution is the only answer that really makes sense,” he said. “Our goal is to build infrastructure in as many states and build that grassroots power so that when the fight goes to D.C., we actually have a way to influence U.S. senators and U.S. congressmen.”

Despite the fact that the opposition is better funded and defeated labeling initiatives at the state level last year, the panelists said the pro-GMO labeling movement is in a great position.

“It might not look like it, but we’re winning, and I think the introduction of the Pompeo bill is a sign that we’re winning,” O’Neil said. “The industry is afraid. They know that the writing is on the wall.”