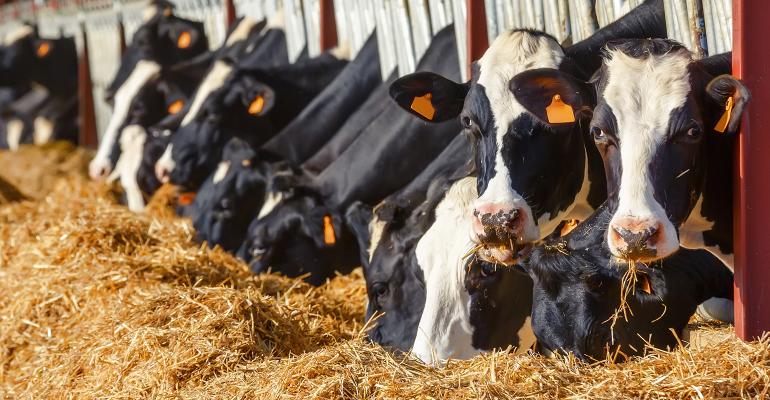 The OTA's lawsuit, filed Wednesday, claims that the U.S. Department of Agriculture violated the Organic Foods Production Act and unlawfully delayed the effective date of the final livestock standards.

The Organic Trade Association on Wednesday is suing the U.S. Department of Agriculture regarding its failure to put new organic livestock standards into effect.

“We are standing up on behalf of the entire organic sector to protect organic integrity, advance animal welfare, and demand the government keep up with the industry and the consumer in setting organic standards,” Laura Batcha, executive director and CEO of the Organic Trade Association, said in a released statement.

The lawsuit alleges the U.S. Department of Agriculture violated the Organic Foods Production Act and unlawfully delayed the effective date of the final livestock standards that industry developed in accordance with the congressionally established processes. Also, the lawsuit claims that the USDA abused the agency’s discretion because it has ignored the overwhelming public record supporting these organic standards.

The trade association further contends that the Trump administration’s regulatory freeze order—issued to federal agencies on Jan. 20—should not apply to organic standards because only farms and business that want to be certified organic are required to meet the standards. The Organic Trade Association’s board of directors voted unanimously to initiate the lawsuit.

The Organic Trade Association is asking the court to reverse the agency’s decisions to delay and eliminate options proposed by USDA to further delay, rewrite or permanently shelve the rule—thereby making the final livestock rule effective immediately, as written.

Batcha said the Organic Trade Association is compelled to take legal action against the Trump administration because it has a duty to protect and advance the U.S. organic sector. The Association also must uphold the integrity of the organic seal and to honor the consumer trust in that seal.

“The organic industry takes very seriously its contract with the consumer and will not stand aside while the government holds back the meaningful and transparent choice of organic foods that deliver what the consumer wants,” Batcha said. “The government’s failure to move ahead with this fully vetted regulation calls into question the entire process by which organic regulations are set—a process that Congress created, the industry has worked within, and consumers trust.

“The viability of the organic market rests on consumer trust in the USDA Organic seal, and trust that the organic seal represents a meaningful differentiation from other agricultural practices,” Batcha said.

What the organic livestock standard says

The Organic Foods Production Act, which established the federal regulations overseeing the U.S. organic sector, was passed in 1990, but not implemented until 2002.

The Organic Livestock and Poultry Production rule, commonly referred to as the Organic Animal Welfare Rule, is the result of 14 years of public and transparent work, and reflects deep engagement and input by organic stakeholders during multiple administrations, both Republican and Democrat.

The rule addresses four broad areas of organic livestock and poultry practices including living conditions, animal healthcare, transport and slaughter. The Organic Livestock and Poultry Production rule represents a refinement and clarification of a series of organic animal welfare recommendations:

The rule provides more than ample time for producers to become compliant with the new standards, including five years to establish outdoor access requirements for egg operations; three years for broiler operations to establish indoor space requirements; and one year for all other adjustments.

Thousands of recent comments support implementing the rule on Nov. 14

A White House memorandum, released on Jan. 20 to federal agencies, requested a freeze on rules recently published or pending. Consequently, the effective date of the rule was delayed to May 19.

On May 10, the USDA delayed the effective date an additional six months, to Nov. 14, and opened a 30-day comment period asking for responses to four possible options for the Final Rule:

During the 30-day comment period, more than 47,000 comments were received; 99 percent supported the rule becoming effective as written on Nov. 14.

“Producers are organic because they choose to be. It’s a voluntary system, and the organic sector welcomes clear and fair standards under which to operate,” Batcha said. “Organic regulations apply only to certified organic producers, and those organic producers are overwhelmingly in favor of this new regulation. Most of the criticism of the new organic animal welfare rule has come from outside the sector, and by special interest groups not impacted by the regulation, but which would like to override the will of our members.

“It is important to note this issue did not just arise in 2017, rather it is the result of many years of failure of good government,” Batcha added.

Jesse Laflamme, owner and CEO of organic egg producer Pete and Gerry’s Organics, said, “The organic industry has been fighting for this rule for years. Certified organic egg, dairy and animal producers hold their operations to a higher standard of animal welfare than is required, because it is the right thing to do and it is what our customers expect. The organic industry works hard to live up to the expectation of its consumers, and we expect the USDA to live up to its mandate to oversee the industry in a way that is fair and will enable us to continue to prosper.”

“The organic consumer and community have worked closely with USDA to help craft this sound regulation, and have followed the established rulemaking process. For the administration to now let political pressure derail that progress is an assault on the trust in the organic process that the organic industry works so hard every day to earn,” Siemon said.