What does Utah Sen. Chaffetz's departure from Congress say about supplements' political fortunes? 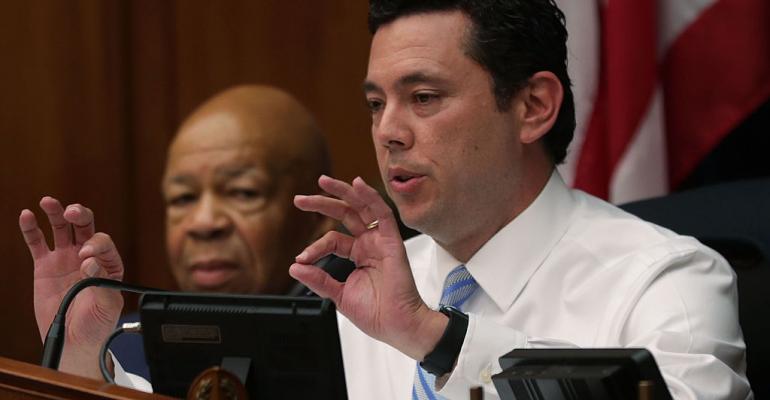 Uncertainty around his departure adds urgency to recruiting new advocates in Washington.

Utah Congressman and supplement champion Jason Chaffetz’s choice not to seek another term poses a challenge for the supplement industry that could reveal much about what supplement makers can expect from the political climate in Washington.

And now the timetable for that challenge poses an added dimension of uncertainty that is also tied to turbulence on Capitol Hill.

On April 19, Chaffetz used Facebook to announce that he would "not be a candidate for any office in 2018." He was vague about the timing around his departure, writing that he desired to give prospective candidates "ample time" to organize campaigns. Chaffetz’s later comments that his departure could be as soon as "months from now" have given rise to assumptions that he could leave office well before his term ends in 2019.

Council for Responsible Nutrition Vice President for Government Relations Mike Green said finding a replacement for the congressman’s position as co-chairman on the Supplement Caucus will not be a quick endeavor. "It’s a long, involved process," Green said. "All the different trade associations will weigh in. Other members will weigh in."

In recent years, supplement makers have needed all the friends and supporters they can get. The industry has been a favorite punching bag of the media, and the barrage of negative headlines have emboldened congressmen like Sens. Richard Blumenthal (D-CT) and Dick Durbin (D-IL) to propose legislation that would add regulatory requirements for supplement companies. The dawn of the Trump Administration has been perceived as a "post-regulatory" age, but Chaffetz’s departure raises questions about how long that era could last.

Speculation about Republican’s fortunes in the 2018 election has grown increasingly dark, and Chaffetz’s departure could be perceived as a kind of preview of events to come. Chaffetz was an outspoken critic of the Obama administration, and his fate has been connected by association to a general sense of White House dysfunction. As chairman of the House Oversight and Reform Committee, Chaffetz has been the target of a viral campaign to get the committee to examine President Donald Trump’s numerous alleged conflicts of interest. Conspiracy theories that Chaffetz may be facing an unrevealed scandal of his own are also whispered across online news sites.

Supplement industry trade groups have been cultivating legislators to advocate for supportive legislation, and a sudden departure by Chaffetz may require the industry to speed up the "long, involved process" Green spoke of. That process could get more complicated depending on decisions by Utah Sen. Orrin Hatch, who was instrumental in the passage of DSHEA but may retire when his term ends in 2019. Hatch introduced DSHEA with Sen. Tom Harkin, the Iowa democrat who retired in 2015.

The news calls attention to the urgency that supplement makers face in politics, Israelsen said in his statement: "Rep. Chaffetz’s decision reminds us how critically important it is for all industry members to be politically active and engaged to strengthen existing and develop new relationships with key members of Congress. Our message, that safe, regulated dietary supplement products promote health and wellbeing and have an important role to play in helping solve the ongoing healthcare crisis in our country, is more important than ever."

Tom Harkin and the long-term view on supplements
Jul 22, 2016

What are the best ways for retailers to engage in food and supplement politics?
May 10, 2016