In sports nutrition, plant-based proteins are no longer a novelty or fringe offering. Once a curious oddity, the vegan pro athlete is now as common as tattoos in a biker bar. Even among bodybuilders, those fanatical worshipers of whey, the tide is turning. Sites like veganbodybuilding.com and JackedontheBeanstalk.com promote vegan, whole-food bodybuilding regimes while protein powders adopt to-the-point brand names like IronVegan. Even Bodybuilding.com curates a “Top 10 Plant-based Proteins” list. As MRM’s quality assurance manager Josh McPherson recalls, “I remember being in R&D and sourcing ingredients: we couldn’t’ find pea protein anywhere. And now everyone has it. It’s a whole shift in paradigm.” 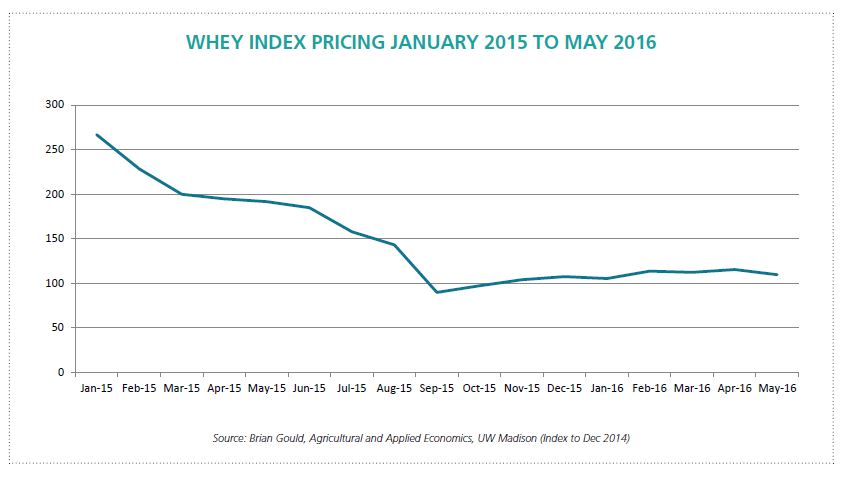 McPherson reports that sales of MRM’s three veggie protein powder offerings—all based on pea-rice blends—have seen double-digit growth each year since initial launch of Veggie Protein in 2010. That tracks with NBJ data showing plant-based protein in sports grew to $977 million in 2015 on 10.7% growth. McPherson says MRM anticipates that growth to continue, and so far that growth has not greatly affected sales of MRM’s whey products.

Other signs also point to an industry that is not only growing but maturing. Nothing says “coming of age” in an industry like establishment of a trade association, and this spring, formation of the Plant Based Foods Association marked that rite of passage. Though the group is not focused solely on proteins, a central agenda item aims at leveling the economic playing field by addressing federal policies and subsidies that favor the animal food industry. Executive director Michele Simon explains it as a matter of the right idea at the right time: “We’re simply saying it’s unfair for the government to be subsidizing the production of animal foods at a time when we know that people need to be shifting to a plant-based diet, for so many reasons. We’re just asking for consumers to have a fair shake. 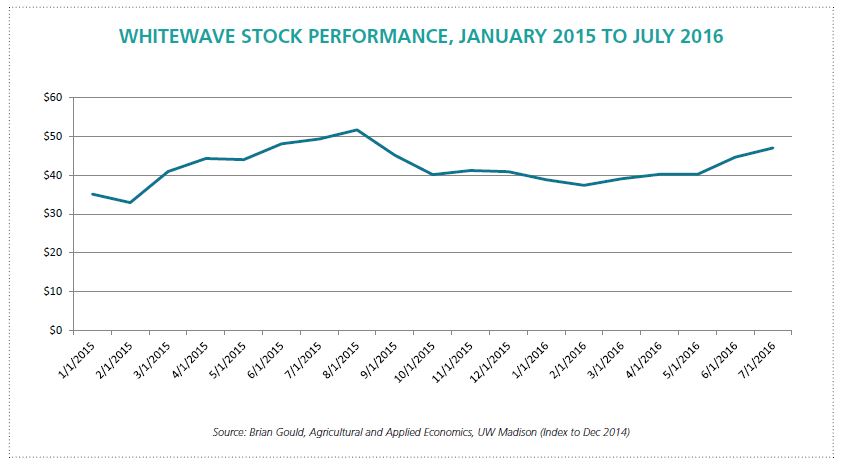 On the whey out

Whey is still the king of protein supplements, reaching $2.5 billion on 7.9% growth in 2015, but whey’s crown has been battered by marketplace blows—from volatile pricing to consumer concerns about lactose intolerance, bovine growth hormones, and adulteration with nitrogen-spiking chemicals, to say nothing of animal welfare issues. Soy, once the apparent protein savior of the plant-based set, has evolved into a bad seed, at least in its GMO iteration. Ranking among the top three genetically modified crops and top eight allergens, soy is practically a dirty word in some circles. Add a fractioning process that involves hexane, and soy isolate has today’s clean-label consumer shunning the ingredient—and manufacturers scouring and revising ingredients lists. Even in its organic, non-GMO form, soy still sounds the allergen alarm. MRM’s McPherson says they’ve removed soy from their ingredients lists, sourcing their lecithin from sunflower. Such attitudes contributed to soy’s weak 1.6% growth in sports nutrition in 2015 to $480 million.

Although anecdotal reports of athletic performance on a vegan diet convince many, in the sports nutrition category, science is what really sways. Whey lays claim to a decades-long canon of sports nutrition research, often used to dismiss plant proteins as less digestible and bioavailable with an incomplete (read: inferior) amino acid profile and thus no match for whey’s muscle-building and recovery performance. But plant proteins are challenging whey’s claim as the gold standard of muscle-building protein. On the heels of a 2013 clinical trial, in which rice protein held its own against whey in muscle-building and recovery, a 2014 study comparing amino acid absorption over a 4-hour period showed no significant difference between rice and whey in total amino acid absorption, though rice protein peaked 20 minutes later than the “fast” absorbing whey. “This was surprising, given the notion that plant proteins have lower digestibility and bioavailability—it was expected to be much lower in rice,” says Scarlett Full, director of nutrition and research for Axiom Foods, whose patented Oryzatein rice protein was used in both studies.

Another surprise was the absorption rate of leucine—the only branched-chain amino acid (BCAA) that can trigger muscle protein synthesis on its own. Rice contains less leucine than whey; however, leucine absorption was 18 minutes faster from the rice protein group. “The [study] authors believe this may be the reason they saw the results they did in the first rice versus whey study,” Full explained.

In addition to non-GMO and hypo-allergenic claims, Oryzatein also ducks the arsenic issues of whole-grain brown rice thanks to a fractioning process that ensures no arsenic issues, according to Kay Abadee, Axiom’s vice president of marketing. Axiom had well over 90% of the rice protein market (and about one-third of the pea protein market) in 2015, and Abadee reports year over year growth for rice protein has averaged over 50% every year since 2011. NBJ estimates rice protein in sports at $206 million on 11.2% in 2015. A suite of developments for Axiom—GRAS classification, increased agricultural production, and factory expansion—will fuel what Abadee characterizes as a “significant increase” in growth anticipated in 2018. 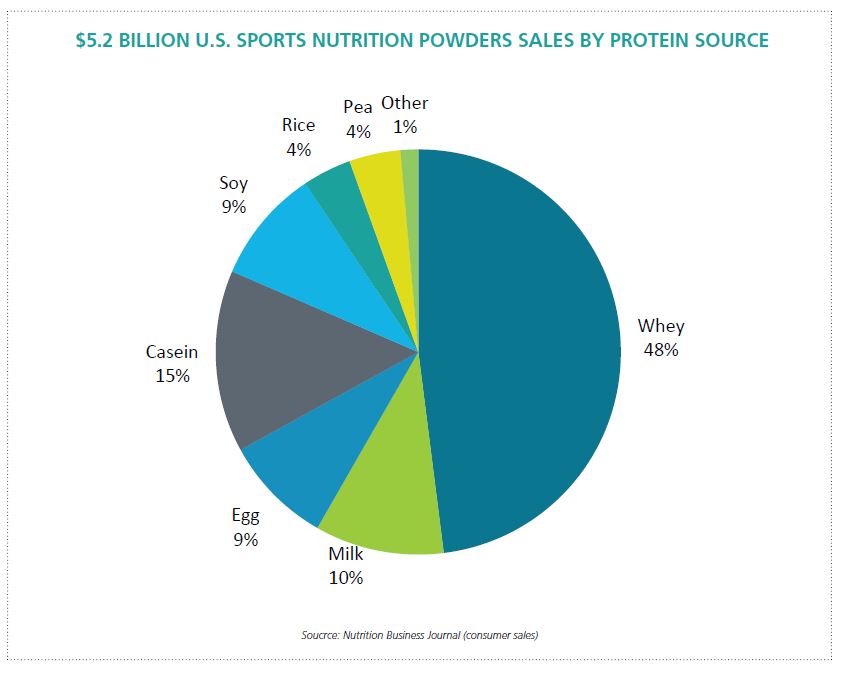 Despite the United Nations’ declaration of 2016 the International Year of the Pulse, the term “pulse” likely remains foreign to the average US consumer, but pea protein is fast becoming a familiar ingredient. Axiom’s Abadee describes that consumer education about pea protein as “still not in the ballpark” of soy and rice, though with high-profile, pea-protein product launches this year—Beyond Meat’s famously bleeding burger and dairy alternative Ripple’s upcoming mass launch at Target—the pea is poised to move up from farm-team to the majors.

A robust amino acid profile that’s comparable to whey (with threefold whey’s arginine), an 85% protein content, squeaky clean-label credentials (non-GMO, hexane-free, and free from common allergens) and nutritional benefits (fiber, no cholesterol) give pea protein a leg up. And now that functional issues of solubility, taste and texture have been addressed on the ingredient side, pea protein is taking off. In 2015, NBJ estimates pea protein saw 30.7% growth to $216 million in sports nutrition.

In the US, demand for pea protein has translated into “extreme growth” for family-owned World Food Processing, according to Tyler Lorenzen, president of protein and ingredient division. This year, the company’s non-GMO PURISPea line of products (also available as organic) received GRAS classification, and the company undertook expansion of its pea protein facility in Turtle Lake, WI.  With roots in organic, non-GMO plant protein production stretching back to 1985, the company already had cultivated a closed-loop, fully vertically integrated system—from seed breeding to ingredient manufacturing—custom tailored to meet today’s clean-label demands. As Lorenzen, whose parents founded the company, explains, “The market has shifted to what we do best.”

Through its genetics program, World Foods is also expanding the growing regions of the traditionally northern crop to areas as far south as Mississippi and Arkansas—an integral step in meeting increasing demand. That’s good news for the company’s network of organic and non-GMO farms because peas are a nitrogen fixing crop that improves soil health (which could get the pea nominated for environmental sainthood) while also providing farmers a second, off season crop. “Everything that we can do to foster more organic acres grown here in the US, we should do it,” Lorenzen says. “How can we give our farmers more tools in their toolkit so that, ultimately, we can be more successful and have more organic crop land?”

As with rice, research has begun to prove pea protein’s mettle in the weight room. A 2015 study comparing pea and whey protein for muscle-building performance in resistance training men showed no significant difference between the two. A subsequent study, published in May, indicated that amino acid absorption from a pea-rice blend plus digestive enzymes (the study used MRM’s Veggie Elite, a mix of Axiom’s pea and rice proteins with MRM’s Digest All digestive enzyme product) actually peaked faster than whey and with a comparable total concentration.

Conventional commodity crops aren’t the only promising plant proteins on the horizon. Micronutrient-rich seeds such as hemp, pumpkin, flax, chia, and sacha inchi are also popping up in plant-based protein blends, though none deliver the protein punch of the concentrates or isolates. Algal protein from microalgae innovator TerraVia (formerly Solazyme), which boasts 63% protein from a non-GMO, allergen-free whole food source, is among the mix of plant protein sources in TwinLabs Clean Series Veggie Protein. In 2015, the algal protein product received GRAS classification, and this year TerraVia entered a joint-venture (Terra Brands) with private equity firm VMG Partners, signaling product and brand build-out on the horizon for algae.

Another aquatic, the humble water lentil (a.k.a lemna or the less glamorous “duckweed”), is also gaining attention. Parabel, Ltd., is cultivating lemna in Florida and has developed two powdered protein products. The soluble 65% protein concentrate, Lentein Plus, garnered a 2015 IFT Innovation award, though it won’t be commercially available until 2017, with future plans for an isolate (specifically for sports nutrition). The minimally processed Lentein Complete (45-50% protein)—a dispersible, highly digestible (a PDCAAS of .92) powder rich in omega-3s that eclipses the micronutrient profiles of chlorella and spirulina—will be commercially available later this summer. However, the powdered product is decidedly green; though not a deal-breaker, particularly in the natural channel, the striking color certainly limits applications. And green extends beyond color to impart a “slight grassy taste,” admits Cecilia Wittbjer, Parabel’s vice president of marketing. A competing product under development by Israel-based Hinoman uses a specific strain of the duckweed family, mankai, and claims to have a milder flavor, closer to spinach.

The future for plant proteins

While science and technology have addressed taste and texture issues of some plant proteins, sports nutrition research needs to catch up with the anecdotal reports of performance improvements from plant-based diets. As Axiom’s Full points out, “One of the reasons that whey is so esteemed is because it has years of research to support its use. Plant protein is definitely just in its infancy; I think it just needs time to get built up.”

Consumers aren’t waiting for the research: they want more protein and more options from plant sources. New Hope Network analysis found product claims for protein increased 48% at Natural Products Expo West 2015 from the year before. Even as general consumers seek more protein-rich on-the-go drinks, snacks, and meal replacements, athletes are seeking more protein from whole foods and meals, as well as alternatives to bars and shakes. The origin story of Protings protein snack chips begins with post-gym “frustration” at the lack of protein snack alternatives to bars and shakes. This month, another brand of protein snack chips, i won! protein chips (20g), launched at Vitamin Shoppe.

VMG managing director Wayne Wu sees a blurring line between food, wellness and sports supplements. “I think 10, 15 years ago, there was probably more of a distinguishing line between what’s food and what’s sports nutrition, and now it’s really blending all together.”

He points to Vega—one of VMG’s investments—as an example of a food-based, plant-based, clean-label wellness company with appeal to general consumers. Since acquisition by White Wave (also recently acquired by dairy giant Danone), Vega products are available everywhere from Whole Foods to Walgreens.

This week, that category blurring will spread to the dairy aisle, as pea-based dairy alternative Ripple, with a milk-rivaling 8g protein claim, will jump straight to a nationwide product roll out at Target, after an initial release at Whole Foods. Next year, Campbell’s Soup plans to launch a pea protein dairy alternative as the first in a line of innovative products from its Bolthouse Farms brand. “Rice and pea proteins are no longer ‘alternatives,’” Abadee says, “They are now mainstream protein sources, benefitting allergen-free labels, which the largest global food and beverage manufacturing companies are racing to incorporate.” 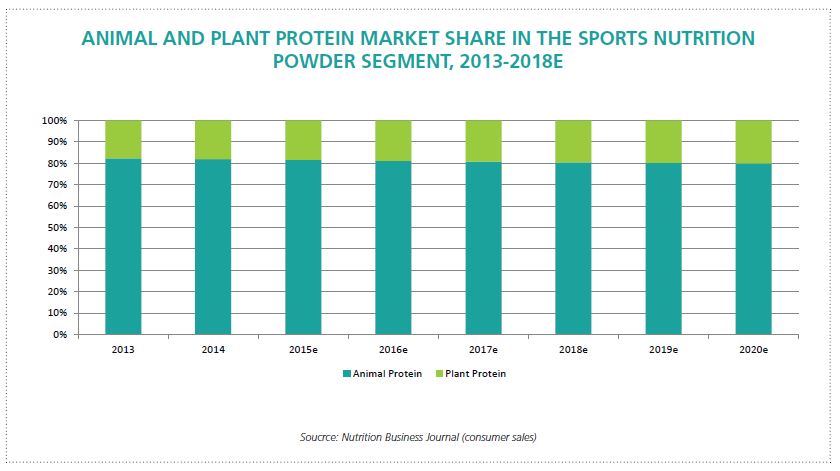