The Road to Natural: Innovation and execution 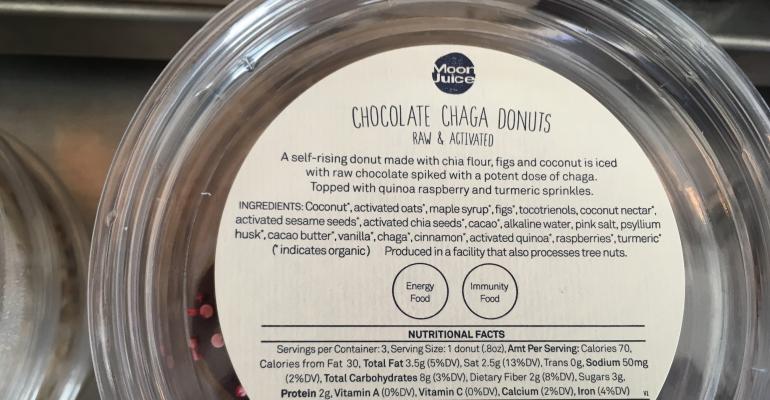 On the final day of the third Road to Natural series, Natural Grocers' Alan Lewis joins us as we visit Los Angeles-area markets to look for trends and innovation that could go national.

In natural retail, Erewhon Market stands out before you even get to the parking lot.

If you can get into the parking lot, that is. It’s small. There’s valet parking. There is also a cop minding the clotted driveway.

In most cases, problematic parking would be a deal killer, but at the Southern California micro chain’s Venice Beach location, such hardships effectively make Erewhon feel more exclusive. Of course, store director Jason Widener would rather use the word “experience.”

He uses “experience” a lot when he describes the formula that has Erewhon packed at mid-morning with a line at every register and customers waiting for fresh-pressed juices and dishes in the elaborately appointed deli, like the kale and kumquat salad at $16.99 a pound. But he doesn’t put the word “secret” in front of “formula.” That’s because there is no “secret.” He describes the Erewhon approach as standard ideas about service and selection, set to the highest possible standards.

Other retailers may be scratching their heads trying to figure out Erewhon’s magic—or banging their heads against something if their efforts aren’t producing similarly stellar results—but whatever Widener and the Erewhon team is doing is working.

The markets are wildly successful at the high end of high-end grocery. The Venice location opened in 2015. The Santa Monica location opens next month. The company recently signed a lease on a fifth location.

When we reach Erewhon at 10:40 a.m. on a Tuesday, the market is crowded with the sorts of customers who apparently aren’t turned off by $11 pints of ice cream. These customers are as well presented as the carefully thought-out merchandising. The beautiful people have turned out in force. The combination of meticulously designed spaces, a heavily scrutinized selection of products and a constant churn of innovation has people looking past the parking hassles to something like grocery shopping as entertainment.

When Widener says something like, “People don’t come here with a shopping list. They come here to get inspired,” it doesn’t sound preposterous. It sounds like an observable phenomenon.

On a day when we are hunting down innovation, what we are really seeing is execution. For Widener, the small touches are nearly as important as the grand gestures. Erewhon has uncompromising standards for ingredients, but there is also a nearly obsessive standard for presentation. Every bottle is lined up on every shelf. The produce is artfully aligned. The tags face forward on the racks of refrigerated bone broth. Tall shelves loom over narrow aisles to emphasize abundance. All of it catches light bouncing off the wooden bow-truss ceiling. Widener has a sign painter on staff so that he doesn’t have to use the laminated tags that, to his eye, take the presentation down a notch.

The food has earned the podium Erewhon provides, as Widener explains it. “All the care it took to get it here and it final gets here and then I’m going to skimp on a clean floor?” he asks.

Again, as we’ve seen again and again since we left Seattle, execution outpunches innovation every time. Erewhon has the herbal tonic bar and craft bone broth, but if it were not so carefully and artfully presented, the lure would not be as strong.

Make it beautiful, Erewhon proves, and the beautiful people will come.

It’s impossible to walk through Erewhon and not wonder which celebrity you might see in canned goods. That could make it hard to accept that the lessons here can be taken home to any store. We walk through three other stores in the area to get an idea of what natural products merchandising means in the land of the rich and famous, or at least the trim and trendy. At Moon Juice, a tiny spot no bigger than a small ice cream counter and roughly 2 miles from Erewhon’s Venice location, it’s easy to laugh at donuts that are “raw and activated,” but with three locations and finished product powders in stores like Erewhon, the company has obviously found its market. Still, at stores like actress Gwyneth Paltrow’s Goop Lab, a few miles away in the 1 percenter enclave of Brentwood, it is necessary to wonder how big that market is.

The oddball innovation at Goop seems to evoke the experience of somehow wandering into Paltrow’s home. Is that her kitchen? Her closet? What store sells vitamins and Rolex watches? A clerk estimates the mix of lookers to buyers at roughly 50/50, but she also tells a pair of customers that, “This is the best farmers market bag ever,” as they drop $295 on a basket with straps.

Some trends, of course, are not really trends at all. After we leave the celebrity surrealism of Goop, we peek into Cookbook in Echo Park. The market is smaller than the bone broth section at Erewhon and it feels more like a tiny market in an Italian village than a trendy spot. Perfectly welcoming, every product authentically produced and straight from a farm, Cookbook is too simply genuine to be trendy.

There are tiny markets all over the world that look a lot like it, and yet similar examples are painfully few in U.S. retail. As Widener told us two hours before at Erewhon, much of what might need to happen in retail comes from the “rediscovering what we already knew” category.

Call it innovation or authenticity, but the simplicity of Cookbook might be the smartest thing we see all day.

On trend, off target

MacKenzie Aivazis and her parents didn’t have grocery experience, but they had ideas. The name of their L.A. Arts District market, Urban Radish, may be the quirkiest. A heavy emphasis on prepared food may be the closest to innovative. They also had good intentions and clean ingredients, using prepared meals to combat food waste and entering an underserved area being the most high-minded. But translating ideas and intention into success can feel like a matter of luck, and luck has been in short supply.

Residential development is far behind what they planned for. Their customers work in the area, but they don’t live in the area. Urban Radish’s industrial chic design fits the aesthetics of the neighborhood, but the neighborhood doesn’t fit the revenue requirements of Urban Radish. “We see a lot of business at lunch because there’s a lot of industry. People come in during the day,” Aivazis says. “But it kind of vacates at night.”

We plan the last stop on this Road to Natural excursion as a bookend to our journey. We started the trip in Seattle in the sterile and surreal space of the Amazon Go store, a high-tech retail concept that allows shoppers to literally grab and go, no checkout required. If it’s the future of retail, the future is more than a little creepy.

Our last stop is much less revolutionary. And possibly more threatening to the future of independent natural retail.

There are no agriculturally evocative design elements. There is no flattering lighting. The general theme of bright fluorescents, low shelves and sans serif simplicity calls to mind a trip to the supermarket in 1962. It has all the ambiance of a DMV visit.

It’s the anti-Erewhon. The apparent aim is to look cheaper than it is.

The prices indeed short of the expected Whole Foods sticker shock, but they are not the cheap food/cheap prices of conventional grocery. It’s not “Whole Paycheck” anymore, but for a large number of shoppers, it’s going to feel like “Half Paycheck,” or more.

Still, this is the innovation that should concern independent and small chain natural retailers far more than the technological novelty at Amazon Go. The checkout line is far from the biggest concern of the vast majority of grocery shoppers. Price hovers near the top for all but a few.

We learned on the last day of this Road to Natural that execution easily beats innovation, but when systems innovation and purchasing execution beats competitors on price, and matches for quality, Erewhon-esque experience and exclusivity fall off the shopping list pretty quick.