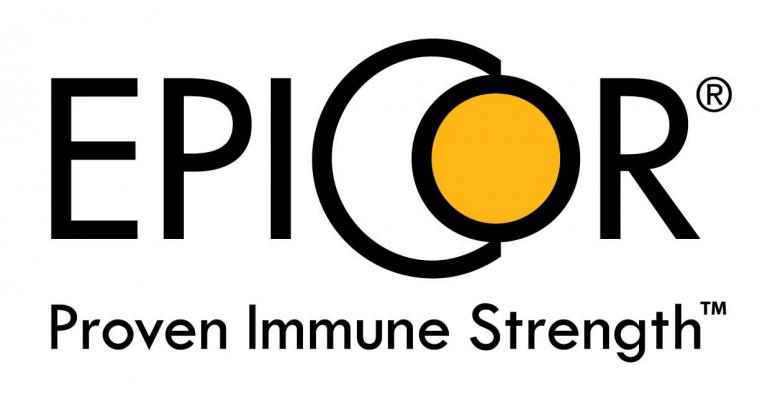 U.S. women&#39;s soccer team captain will continue to endorse EpiCor and be the company spokesperson for the importance of maintaining a strong immune system.

Embria Health Sciences, maker of EpiCor, announced that the company and soccer legend Christie Rampone, captain of the US Women's National Soccer Team, have renewed their relationship. Rampone will continue to endorse EpiCor and be the company spokesperson for the importance of maintaining a strong immune system.

Rampone, the second most-capped player in women's soccer history, hopes to lead the US team to victory at the 2015 FIFA World Cup to be held June through July 2015 in Canada.

"I've been taking EpiCor for over two years now. With the World Cup only months away and being a mother of two very active girls, I really can't afford a day off," says Rampone. "That's why I continue to take EpiCor every day to help me stay healthy, on and off the field."

EpiCor brand yeast fermentate, which is the subject of seven published human clinical trials and found in dozens of leading supplement brands, helps support a strong immune system for better overall health and wellness. Rampone was introduced to EpiCor before the 2013 Algarve Cup soccer tournament, and has been using the product ever since. To learn why she takes EpiCor to strengthen her immune system, click here.

"EpiCor awareness is at an all-time high among immune supplement users in the USA," says Paul Faganel, Embria Health Sciences’ president. "Christie has played a key role in creating that brand awareness for EpiCor within our target consumer base. As a mom, wife, pro athlete and someone who is always on-the-go, Christie embodies the value of maintaining a strong immune system for a better quality of life."

Embria Health Sciences will utilize Rampone in various engagements including traditional and social media, personal appearances, and co-branded programs with customers as a way to drive the "immune strength" message for the EpiCor brand to national and international audiences during this World Cup year.

"Christie Rampone is a soccer legend and terrific brand ambassador for EpiCor. We're excited to continue to work with Christie as she sets out to help the US lift their third World Cup trophy," comments Faganel.