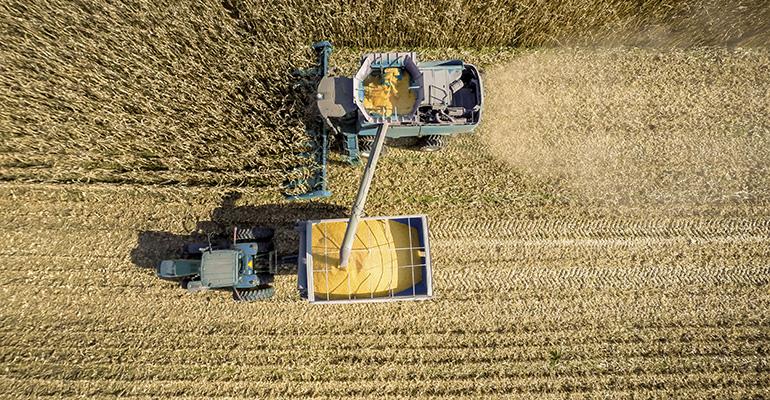 Indirect emissions such as procuring ingredients and transporting finished products account for most greenhouse gas emissions attributed to the food industry.

The food industry is responsible for between 30% and 40% of greenhouse gas emissions.

Other findings from that study, however, might not be as well-known: About 71% of those emissions were the result of agriculture and land use or land-use changes, the journal Nature reported in March. The other 29% came from transportation, fuel production, industrial processes, packaging and other sectors of the supply chain.

So, for the food industry to truly reduce its greenhouse gas emissions, the packaged food companies, distribution centers and retailers must look at how much greenhouse gasses are produced before the ingredients, the products and the food even hits their back doors.

Of course, no one can set a goal without know the starting point. So Ceres chose the 50 largest North American food companies that employ agricultural commodities known for high emissions of greenhouse gases. These companies were asked to report their Scope 3 greenhouse gas emissions—indirect emissions that occur during the company's value chain, respectively. Scope 3 emissions include emissions generated both before and after production, including emissions the result from the use of the product.

"Scope 3 emissions can represent the largest source of emissions for companies and present the most significant opportunities to influence GHG reductions and achieve a variety of GHG-related business objectives," according to a Greenhouse Gas Protocol report, "Corporate value chain and accounting and reporting standard."

"It's really useful to have something to come back to," Leslie Samuelrich, president of the green century funds and Green Century Capital Management, told Greenbiz.com. "Here's the starting point, here's where you are. And here's what you need to do. Transparency is the first step toward change." Green Century Capital Management and Seventh Generation are green investors who have partnered with Ceres for the project.

What the benchmarks show

The most glaring information coming from the benchmark study was that very few companies are tracking their Scope 3 emissions.

Although 50 companies were surveyed, we focused on 37 that were categorized as packaged foods and meats (20); food distributors (4); food retailers (7); and hypermarkets and super centers (6). We excluded restaurants and agricultural products.

Only two companies provided information on all five metrics: Hershey and Mondelēz, both in the packaged food and meats category.

Of the 13 food retailers, hypermarkets and supercenters, none provided information on all five metrics.

None of the four food distributors—Performance Food Group, Sysco, UNFI and U.S. Foods Holding—reported their emissions volumes or emission reduction targets. UNFI released its Better for All ESG report in January and publicized in December a commitment to setting science based targets regarding climate change.

What it all means

Julie Nash, Ceres program director for food and forests, wrote in SustainableBrands.com that more than 60% of the 50 companies don't release any Scope 3 supply chain emissions information.

"With more companies rolling out net-zero commitments, it is time for businesses to show how they plan to deliver on these goals," Nash wrote. "Investors are looking for evidence that companies have credible plans and science-based targets to reduce their emissions in the near term."

It's impossible to limit global temperature increase to 1.5 degree Celsius "without substantial reduction of GHGs from food and agriculture," she added.

Nash told CorporateSecretary.com that the 50 companies listed will be asked to commit to disclosing their Scope 3 emission volumes; set science-based targets that align with the Paris Agreement; develop a plan to reduce greenhouse emissions; and publicly report their progress on that plan.

"High-emitting food companies have a significant role to play in achieving a net-zero emissions economy," the website quotes her as saying in a released statement.

Gary Gensler, chairman of the Securities and Exchange Commission, wants the commission to require public companies to release carbon disclosures, CNBC reported. Investors are increasingly concerned about the effect climate change will have on companies' financial performance.

When founders should start taking a salary
Nov 16, 2022

Secret shopper: How do consumers know if their fish oil is fresh?
Nov 03, 2022