HomeNewsMetaBrand Capital bets big on the natural products industry
Recent
Latest
Sponsored Content
How brands can get their trade spend under control – article
Sponsored Content
Going organic lifts everyone up – video
6 natural brands partner with UNSTUCK on new product line to aid refugees
Jun 23, 2022
Sponsored Content
The power of organic messaging – download
Trending
Getting ready for 2023: Trends for brands to consider
May 17, 2022
Unboxed: 7 clean collagen powders with a twist
Jun 21, 2022
12 brands marketing positivity, kindness and joy
Jun 17, 2022
Coca-Cola axes Honest Tea, but its founders are just getting started
Jun 07, 2022
NBJ
brought to you by 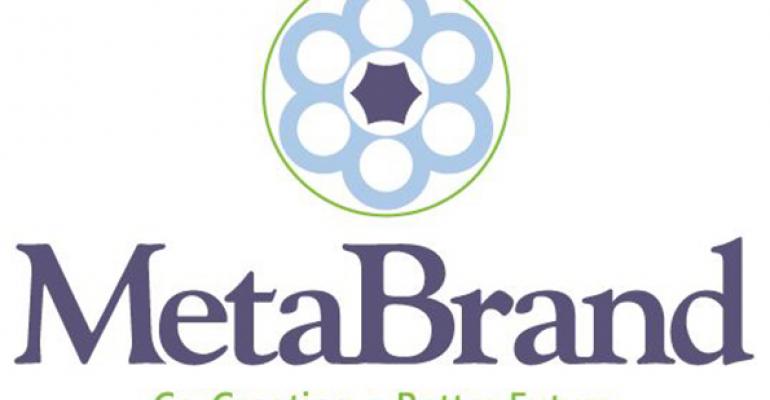 NBJ Investment in the Future

Eric Schnell will see your triple bottom line and raise you a fourth. People, planet, profit, and purpose—that’s the philosophy behind MetaBrand, the full-service food, beverage, and supplement consultancy he founded, whose new MetaBrand Capital arm takes our investment award this year.

Three-year-old MetaBrand is a roughly 30-person outfit aimed squarely at the natural and organic space. The firm works with both startup and established brands on everything from product development and formulations to ingredient sourcing, packaging, branding, and distribution. MetaBrand Capital, which the company describes as a “conscious capital” private-equity fund, was established last year to provide financial and infrastructural support to social-minded startups in the food, beverage, and supplement industries.

“This started purely out of demand we saw with brands we were incubating. They were frequently asking us for help raising capital,” says Schnell, who is co-founder and former president of Steaz, former president of Long Life Tea, and an operating partner 6Pacific Capital, a private-equity fund where he oversees beverage investments. “It’s not the easiest thing to be a social brand and raise money, because those companies are too small for traditional private equity. We felt we could play a role by both raising capital and giving them access to our team. What better 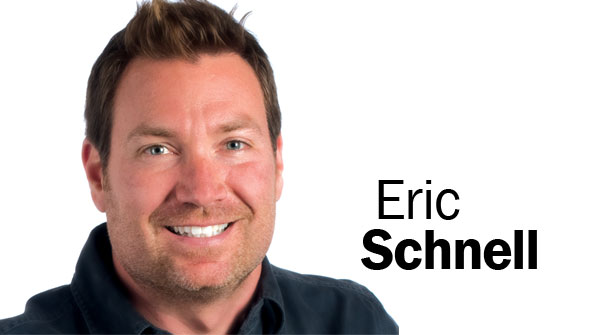 way to be all-in for the long term in this industry, with brands that share our own passion?”

After committing almost the entirety of its initial $10 million fund to beverage company Runa Tea, MetaBrand Capital is now raising a $20 million “B” fund that it hopes to direct to about 10 or so promising companies, with investments of between $500,000 and $2 million.

And to ensure that MetaBrand Capital adheres to the “purpose” line of its quadruple-bottom-line mission, Schnell set it up as certified B Corp., a designation for for-profit companies that must also benefit society and the environment. “We’re private equity that’s also a B Corp.,” Schnell says. “We’re a fund, but we’re acting like a brand, with all the certifications we’re placing on ourselves to make sure we’re a good corporate citizen. That’s what I felt was missing in triple bottom line.”

Schnell says these sorts of companies struggle with traditional private equity for several reasons. Many funds geared toward quick-scaling, five-years-to-IPO tech firms couldn’t invest in mission-driven brands even if they wanted to.

“Most funds out there are still ones whose charters don’t allow them to write checks under $5 million,” says Schnell.

And individual angel investors who could come in with the smaller checks these early-stage companies need don’t necessarily have the bandwidth of MetaBrand, nor the expertise in social enterprises and the health and wellness industries. “The thing with social enterprises is to do well by doing good,” says MetaBrand PR spokesman Steve Hoffman. “We understand the ‘good’ part of that.”

MetaBrand Capital’s first investment, which came in 2014, was $5.75 million in Runa, a company that makes “clean energy” beverages out of an Amazonian leaf called guayasa. MetaBrand had partnered with Runa to help develop and market its products, which have the added benefit of giving Ecuadorian farmers a profitable alternative to cutting down the rainforest. Although the original plan for MetaBrand Capital’s first $10 million fund was to invest in between five and 10 companies, because of his team’s deep involvement with Runa, Schnell felt comfortable committing the entire fund to just this one company. In addition to the nearly $6 million equity stake, MetaBrand Capital will use the remaining $4 million to invest in supply chain and infrastructure around the Runa brand.

“So with Fund B, we’re raising $20 million and going back to our original plan of investing smaller amounts in several companies. We’re soliciting now, and it’s open to other angels. That will give us even more new talent to support our brands.”

And while MetaBrand will continue to be a source of deal flow, Schnell says the fund won’t be limited to MetaBrand partners. “We’ll be looking for brands that have been in the market for two years, long enough to have proven they fit in the marketplace,” he says. “This fund will be for their first investment round outside of friends and family.”

After 35 years in business, BI Nutraceuticals is still expanding on its leading role in quality sourcing and transparency. The company continues to invest in efforts like the Identilok botanical identification program, Protexx HP Green Steam sterilization, and its extensive worldwide vendor-surveillance program that includes random audits of traceability and random sampling to ensure compliance with specifications.