HomeProducts and TrendsVitamins and SupplementsA better gut feeling
Recent
Latest
Unboxed: 12 waterless personal care products making a splash
May 26, 2022
3 reasons natural retailers are inflation-friendly shopping destinations
May 25, 2022
Sponsored Content
Organic agriculture and its impact on ingredients and the planet – webinar
Sponsored Content
The goodness wrapped in a certified organic seal – video
Trending
Getting ready for 2023: Trends for brands to consider
May 17, 2022
6 tips to promote consumer understanding of Certified Organic
May 18, 2022
Sponsored Content
Exploring the CBD gummy revolution – article
Sponsored Content
The Planting Hope Company aims to prove gender equity leads to success
May 23, 2022
Natural Foods Merchandiser
brought to you by 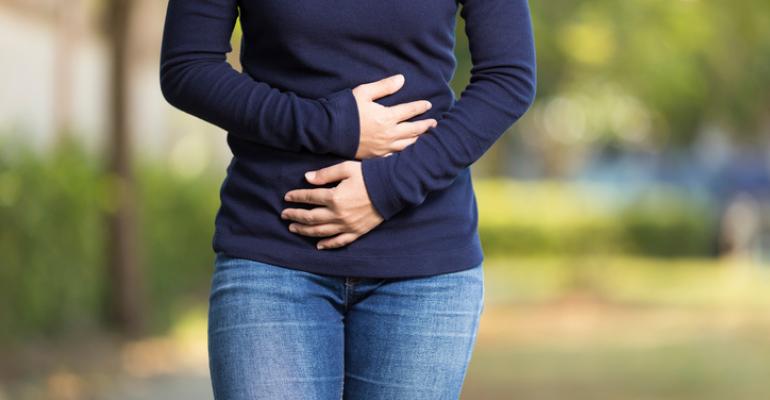 Stock these gut health supplements to help your customers address issues such as diarrhea, IBS, constipation and lactose intolerance.

If there’s anything more uncomfortable to discuss than digestive and gut health issues, it’s the astounding numbers of Americans these issues affect. According to the National Institutes of Health, about 1 in 5 Americans suffers from digestive diseases, including constipation (63 million cases), GERD-style heartburn (65 million prescriptions per year), Irritable Bowel Syndrome (15 million cases) and Crohn’s Disease (1.8 million prescriptions).

And these are just the traditional diseases. Everyone knows someone who has complained of digestion woes and whose life has been radically improved by eating a gluten-free diet. And that’s not even considering those who are diagnosed with celiac disease, for whom consuming gluten can lead to a range of uncomfortable complications. For those who think they might have a gluten issue, the latest recommendation from the American Medical Association, as of August 2017, is to get screened for celiac disease, because doctors cannot distinguish the disease from the lesser sensitivity because symptoms are similar. Also, once a person starts a gluten-free diet, testing for celiac disease is no longer accurate.

Heartburn is another digestive-health issue that can be ameliorated by eliminating certain triggers. Gravity is a primary cause—so don’t lie down after a meal! Other common triggers include fried foods, spicy foods, chocolate, carbonated beverages, alcohol and coffee.

But simply doing away with offending foods and actions may not alleviate all symptoms of common gastrointestinal issues. In those cases, supplements can stimulate healing from within.

Heartburn, for example, often occurs alongside functional dyspepsia, which includes other symptoms such as bloating and nausea. A German herbal preparation, Iberogast, has been the subject of a dozen human clinical trials on functional dyspepsia and IBS. The formulation includes extracts of peppermint, licorice root, lemon balm, caraway, bitter candy tuft and Matricaria flower (German chamomile). In one study on 120 patients with functional dyspepsia, 43 percent of people who took the botanical blend enjoyed complete relief of symptoms, compared with 3 percent of those who took a placebo.

IBS affects as many as 15 percent of people worldwide. Symptoms include abdominal discomfort, bloating, constipation, diarrhea and gas. One of the better symptom-relieving supplements is peppermint oil. Its primary active ingredient is menthol, which makes up 35 percent to 50 percent of peppermint oil. A meta-analysis of 121 studies for IBS found peppermint oil was more effective than antispasmodic drugs, antidepressant drugs and fiber. Look for higher levels of menthol in peppermint supplements.

The power of probiotics

Probiotics are known to support healthy digestion. That’s because the intestines contain trillions of bacterial cells, not all of which are friendly, and inserting a few billion of the good guys promotes a healthier environment. It also benefits immune health, because the intestines house about 70 percent of the body’s innate immune function.

By stabilizing the gut, probiotics can ameliorate IBS symptoms, such as bloating, cramping, gas, diarrhea and constipation. In a 10-week 2016 study of 50 patients, a probiotic mixture of seven probiotic strains relieved overall IBS symptoms and improved stool consistency.

The trick with probiotic supplements is that species and strains matter. For those looking to maintain general good gut health, suggest a multistrain formulation that also includes a prebiotic such as inulin or fructooligosaccharide (FOS) to feed the probiotics. But for those with a specific digestive-health issue, not just any acidophilus will do. As new research emerges, supplement makers are starting to match specific probiotic strains with specific health end points, but we’re not quite there yet.

Health Plus Prebiotic Formula
Often lost in the hype about probiotics is mention of the food source the friendly bacteria rely on to survive. Called prebiotics, they’re a good idea for general GI tract upkeep. This formulation contains a gram’s worth of four prebiotic sources: inulin, FOS, burdock root and arabinogalactan bark. It also contains a few generic probiotic species and ingredients for additional digestive support.

Nordic Naturals Nordic Flora Probiotic Comfort
This blend of 15 billion CFUs worth of 13 probiotic strains has been shown to promote regularity as well as alleviate gas, bloating and constipation. One strain in particular, Lactobacillus acidophilus DDS-1, was shown to relieve discomfort related to lactose intolerance. It also contains a prebiotic lunch box for the friendly bacteria to munch on.
Plus, it requires no refrigeration, making it ideal for travelers.

Country Life Kids Care Probiotic
Here’s a good way for children to benefit from probiotics. Nine probiotic species and prebiotics, plus eight different real fruits in naturally flavored chewable wafers make a tasty way for your child to board the probiotic train and boost overall digestive and immune health.

Herb Pharm Better Bitters
So-called bitters are a recent supplement innovation. These tinctures jump-start your digestive juices, because when your taste buds detect the bitter taste, the body produces bile and other gastric juices. Just squirt a dropperful into your mouth (or into a bit of water if you prefer) about 10 minutes before a meal to help you better digest your foods. Comes in four yummy (albeit bitter) flavors.