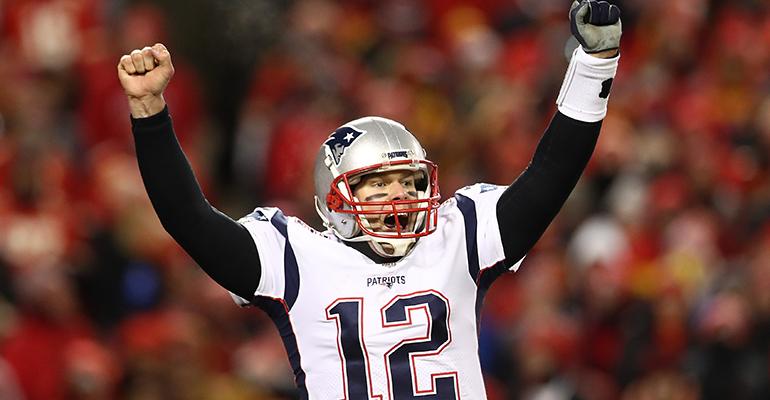 It would be easy to root against Tom Brady and the New England Patriots in Sunday's Super Bowl—if Brady weren't a natural products practitioner with an impressive line of clean sports nutrition products.

This Sunday is Super Bowl LIII, and you've got to pick sides. Unless you're from L.A. or Boston, who do you pick?

Tom Brady is playing in it again as quarterback of the New England Patriots—third time in a row, fourth out of last five, ninth in his illustrious career.

You would be forgiven for not rooting for the sporting world’s biggest overdog in Sunday’s game against the L.A. Rams. And yet, the 41-year-old QB is still playing at an elite level, and he attributes some of his success to lifestyle practices that would flutter the heart of any natural products industry professional.

It starts with his drinking an insane amount of water—between 12 and 25 glasses a day. He also drinks protein shakes—pretty normal for smoothie nation.

Then, he gets deep into his anti-inflammation diet (you might even call it a deflate diet—and if there’s anyone out there who knows about the sins of Brady’s career, that passes as a pretty funny joke right there).

Brady eats lots of vegetables. His personal chef said that 80 percent of what he eats is vegetables, including organic whole grains like brown rice, quinoa, millet and beans. The other 20 percent is lean meats like grass-fed steaks (organic, of course) and wild salmon.

Brady’s chef will not feed the QB any pro-inflammatory vegetables such as the nightshade class including tomatoes, peppers, mushrooms or eggplants.

Also: No coffee or dairy.

And carbs? Not so much.

Really, he’s a guy after our own hearts, and he’s put his money where his mouth is, having already rolled out his signature product line called TB12 (his jersey number is 12).

Now, sports nutrition is among the sectors of the natural products business with some of the more questionable ingredients, right up there with sexual health and weight loss. However, if you look at the TB12 list of products, they are admirably clean and simple.

There’s Plant-Based Protein, which contains 24 grams per scoop of organic pea protein, and not much else.

He’s even got TB12 Performance Meals, which are a weekly meal delivery service, that are plant-based, gluten-free, high-protein and vegan.

With all this going for him, sometimes it’s good to see Goliath actually be on our side. His diet, his supplementation, his lifestyle practices, all to the good. It’s okay—go ahead and root for Tom Brady for the Super Bowl this year. The overdog. Perhaps the GOAT—greatest of all time.

This just in: Tom Brady was spotted with a red MAGA ball cap in his locker, and he is a supporter of Donald Trump. Go Rams!