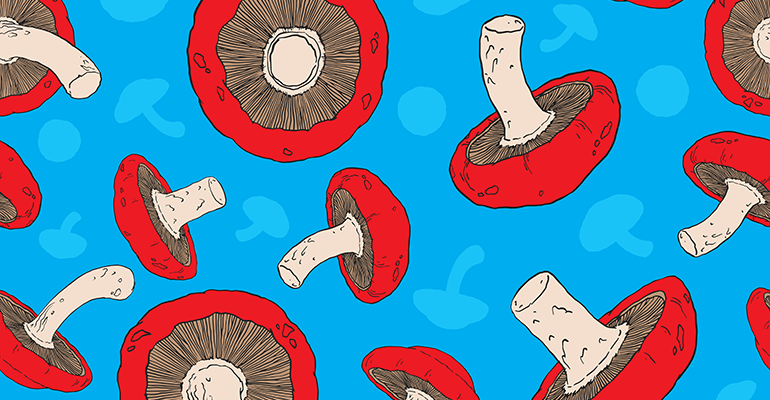 Legalized marijuana brought natural food retailers hemp CBD. With psilocybin mushrooms beginning to be legalized, can boomers be the next boom?

It’s been a long time coming, but the half-century promise of countercultural substances that defined a generation and remain in the DNA of natural food stores are finding their way to legit commercialized products available in a variety of sales channels.

It started of course with the cannabis plant—first medicinal, then recreational, and now including the minor cannabinoids, chief among which is CBD—no doubt for sale in your store today.

The next substance to pop seems to be mushrooms. And not nutritional or culinary, but straight-up magic mushrooms.

Leading the way once again is Denver, which in 2019 legalized the possession of ’shrooms. This was followed in various degrees by Oakland and Oregon. It begs the question: Will boomers become available in consumer packaged goods at retail?

It’s not a leap to think that early adopters of providing such products might turn out to be companies already practicing risky business.

“I could see some of the hemp and medical/recreational cannabis pioneers being on the front line with psilocybin,” said Michael Harinen, a hemp consultant formerly with CBD pioneer Bluebird Botanicals. “Mostly because they’re folks that have been on the front lines of risk and progressive ideas before.”

Strava Craft Coffee, a CBD-infused coffee brand based in Denver, has announced an interest in bringing to market coffee beans and teas spiked with psychedelic mushrooms, contingent on further regulatory tweaks.

Absent overt products on the market, biohackers have found an interplay between mushroom species.

Psychedelic mushrooms, however, are stronger medicine than cannabis. That suggests a different type of product sold in different channels.

That suggests product availability not at retail but more through clinical therapists’ offices as part of a treatment plan for those struggling with issues such as PTSD, depression and addiction.

“If this could help with rewiring with severe addiction, think of the benefits,” said Sandra Carter, Ph.D., co-founder of Om Mushroom Superfood. “This is the epidemic of our time.”

There’s still a lot of work to be done before magic mushrooms make their way to market. Consistent dosing is likely atop the list, and could differentiate a microdosing product from a therapeutic one. Regulations also matter, much as they did with cannabis.

But the desire to have these products is there, on both the product development side as well as the consumer side.

“Hippies remember their psilocybin experiences,” said Farrar. “They’re willing to take a risk and do good and spread the gospel.”