HomeProducts and TrendsFood and BeverageEntrepreneurs on edge
Recent
Latest
3 reasons natural retailers are inflation-friendly shopping destinations
May 25, 2022
Sponsored Content
Organic agriculture and its impact on ingredients and the planet – webinar
Sponsored Content
The goodness wrapped in a certified organic seal – video
Podcast: What brands need to get on shelf at Fresh Thyme Market
May 24, 2022
Trending
Getting ready for 2023: Trends for brands to consider
May 17, 2022
6 tips to promote consumer understanding of Certified Organic
May 18, 2022
The Planting Hope Company aims to prove gender equity leads to success
May 23, 2022
Natural beauty market trends
Jun 16, 2021 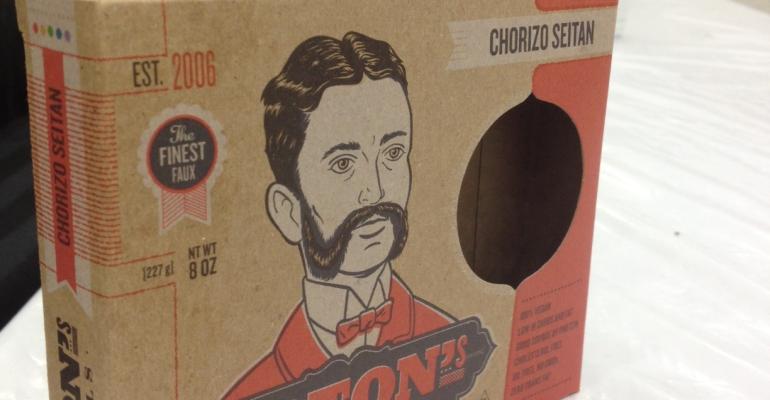 Natural products rarely crash and burn, but that’s only because the majority never get off the ground—They skid into the trees at the end of the runway. I don’t know that by experience – I’ve been covering the industry for all of three months – but I’ve seen the percentages.  At Natural Products Expo East, I saw some of the people behind those percentages. On the show floor, you might pick the winners by their smiles, but the losers would make you wince.

I winced more than once.

I spent Friday afternoon following brothers Adam and Marty Butler working the many acres of Natural Food booths sprawling across the subterranean vastness of the Baltimore Convention Center’s show floor. Marty and Adam run an Austin-based branding agency called, obviously, the Butler Brothers. Adam Butler is also a content provider and active community member in New Hope Natural Media's new NEXT Natural Products Industry Accelerator. He knows the challenges new businesses face and ways they might get airborne before they run out of runway.

At Expo East they were looking for “stories.”

“You’ve got a great story,” Adam would tell an entrepreneur smiling her way through a second day in the booth. “I love your label,” Marty told the guy at Upton’s Naturals, looking over a line of seitan products with a label sporting a mustachioed, bow-tie-wearing gentleman who could have stepped off his velocipede to pose for the tintype. The Upton guy was talking about the satisfaction of opening a café at the Chicago-plant where they can see the customers responding to the product right at the counter. That’s a story. Those were smiles.

At Beyond Meat, Marty wanted to know when the it-really-does-taste-like-chicken product would make the leap out of Whole Foods and into the smaller chains and independents. Caitlin Grady was happy to tell him. She was smiling. At Brad’s Raw, the story was told with a two-story treehouse and the bottled beers Brad Gruno was passing out to his squad as the voice on the P.A. told us the show floor was shutting down for the night. They were smiling too.

But at Expo East, many a smile is feigned. You can see the enthusiasm that drives an entrepreneur to take the leap but you can also see that the “Don’t look down!” phase is over. They looked down. They saw the rocks. Maybe at the show, the me-too nature of their product became a little too clear. They might have looked across the sea of polished entrepreneurial effort and established legacy products and let their sigh slide into a slump.

Adam and Marty were enthusiastic about SunButter, a sunflower seed spread, because their kids ate sandwiches made with the peanut butter alternative. They can also see that the story isn’t being told well. SunButter doesn’t need the mutton-chopped gentleman that defines the Upton packaging but they need something that can grab more eyes and shelf space than a label that managed to make bright colors look drab. They were crazy about Treeline, a nut-based vegan “cheese” with the right taste, the right texture, the right labels and the smiling vegan cheese wiz in chef’s whites smiling in front of his booth. It tasted like cheese and resonated like a story.

The Butler brothers possess an infectious enthusiasm likely uncommon in the ad business. They help launch products. When they use the word “story” they’re thinking of ways to put the word “success” in front of it. They’re entrepreneurs themselves. They left bigger agencies to start their own. They took the leap.

I didn’t almost feel bad dragging them away from the TreeLine booth and the slices of cracked pepper cashew cheese. I did feel bad. But they had to see it:

The saddest booth at Expo East.

The man behind the table had enthusiasm for his product – a soy spread that tasted remarkably like peanut butter but could be carried into a nut-free classroom without risk or reprisal. The label even had peel-off stickers parents could slap on the “no nuts!” Ziploc sandwich bags to reassure skeptical school staff. He had the product. He had the enthusiasm.

He didn’t have the smile. Or the story. He had a 2 by 3 foot vinyl banner sagging from the rear of the booth and he had some press releases stuck in the kind of binders a third grader might use for his book report. It was a miserable affair.

I wanted the brothers from Austin to see it.

They could barely bring themselves to look. They kept walking, eyes cast straight ahead. Not all stories have happy endings.

Some of them will make you wince.

To help natural products entrepreneurs keep from skidding into the trees (or failing to make the most of opportunities such as Natural Products Expo), New Hope Natural Media launched the NEXT Natural Products Industry Accelerator. This new platform gives entrepreneurs searchable access to the expert information, resources, tools and community contacts they need to launch and thrive. Learn more at www.nextaccelerator.com.