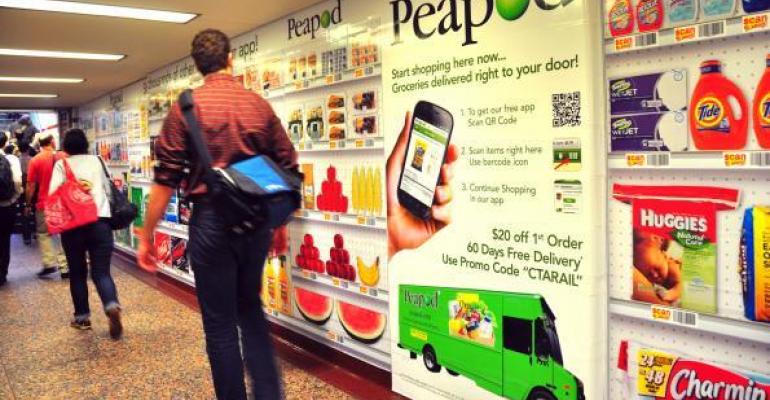 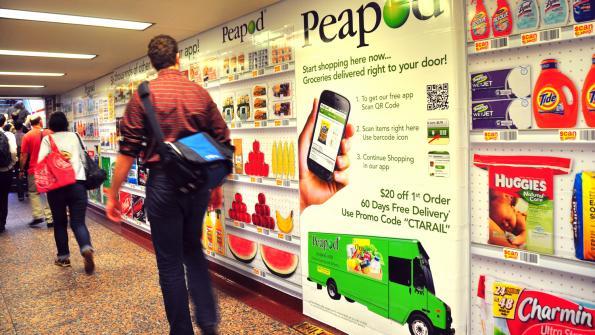 The online grocery concept is not new. Peapod tested its first model way back in 1989—yes, when the World Wide Web was still in its infancy. Technology has improved considerably since then, but even though we're now all carrying Smartphones and iPads, the online model still hasn't taken off. Despite continuing efforts to get shoppers to think outside of the brick-and-mortar-box, e-tail represents only $13 Billion or 2 percent of the total retail market.

What would it take to attract more consumers to online grocery? A recent bit of analysis from the folks at Wells Fargo concludes that while online grocery is still nascent, it could be at the point of acceleration due to several developments. Here's a look at what may be driving growth:

Sure, grocery delivery makes a lot of sense in crowded cities like Manhattan where people may not have easy access to stores or transportation, but the conveniences of the e-tail model also translate outside of super urban locations. Fresh Direct, now derives 50 percent of sales from markets outside Manhattan, and Relay Foods, an e-tailer that sources from local farms and "artisan" producers, does most of its business in the mid-Atlantic region.

Rumor has it that Amazon, which has been fine-tuning its grocery delivery service in Seattle for the past six years, is finally ready to expand. The mega e-tailer is said to be developing programs in San Francisco, Los Angeles and potentially New York and Philadelphia. Shoppers are already accustomed to buying high-margin items from Amazon, so adding grocery items doesn't seem a stretch—especially for consumers who have largely had a positive experience.

Given the success of natural food e-tailers like Abe's Market and Green Polka Dot Box, it makes a lot of sense that the largest wholesale distributor of organic and “natural” foods in the U.S. would be considering an online component. "Whole Foods should be able to leverage its significant distribution network, local sourcing, and superior quality to ramp more successfully and perhaps embed some of the costs (trucks, drivers, technology) in SG&A growth vs. a significant upfront investment," the report states. An online component seems perfectly in line with the store's previously stated goal to provide more shoppers with access to organic, sustainable options.

While I still prefer price-comparing and selecting my groceries in the store, younger shoppers will likely feel differently. The plugged-in generation has grown accustomed to the eases afforded by technology. Movies, music, games, etc. are all just a click away. When this generation begins grocery shopping, they'll expect the same conveniences they've grown accustomed to.

Larger retailers are experimenting with this model now, I suspect, so by the time these shoppers begin making purchasing decisions, the online experience will be fluke-free. Retailers wishing to remain relevant in the near future would be smart to consider the same.

Is the future of organic, natural grocery shopping online?
Feb 21, 2012

Will Amazon.com and other e-tailers replace your store?
Jun 11, 2012