Country-of-origin labeling rollback not so cool for food transparency 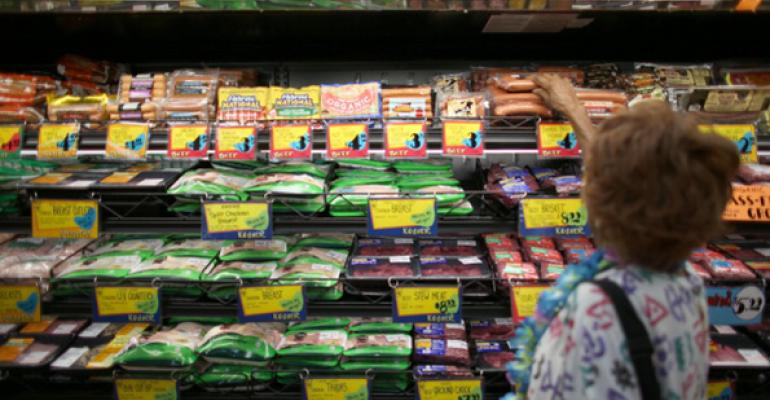 The House&#39;s vote to repeal COOL may be good for the bottom line of exporting businesses, but it does consumers interested in quality and transparency&mdash;the backbone of the natural products industry&mdash;no favors.

The Republican U.S. House of Representatives this week voted to repeal country-of-origin labeling requirements for ground beef, ground pork and chicken products—giving you everything you need to know about race-to-the-bottom international trade agreements.

COOL requirements are supported by more than 90 percent of consumers, according to Consumer Reports, which opposes the rollback because the labeling provides shoppers with “important information about their food, as an increasing portion of it comes from outside the United States.”

The legislation was brought up in response to corporations in Mexico and Canada concerned with unfair trade practices—that is, the mere labeling of where our food comes from. These groups petitioned the World Trade Organization that such labeling was enough to count as discrimination against livestock in their countries, supposedly because consumers the hemisphere over prefer American cows to those raised in either Mexico or Canada.

In order to avoid retaliatory tariffs on a range of American agricultural products, Republicans in the House voted to repeal COOL entirely, and add pigs and chickens to the mix for good measure. The debate over COOL now moves to the Senate.

COOL was first passed in the U.S. Farm Bill in 2002, and reaffirmed in 2008. It was seen as a boon to consumers interested in transparency around the foods they eat—a cousin, if you will, to today’s GMO labeling movement.

The American Soybean Association supported the rollback because livestock is the largest consumer of domestically produced soybean meal.

“Canada and Mexico will be able to retaliate by raising tariffs on U.S. meat and other exports to their countries unless we repeal COOL, so repealing COOL is the only sensible thing to do,” said Wade Cowan, president of the American Soybean Association, in a statement. “Failure to do so will impact U.S. meat and other exports to those countries. And let’s be clear, these two countries are critically valuable trading partners: Mexico is the United States’ top export customer for U.S. meat products, and Canada is our third largest customer. In 2014 the United States exported nearly $7 billion worth of U.S. pork, poultry and beef to these markets—all fed on diets of U.S. soybean meal.”

The Produce Marketing Association also applauded the move, citing a potential loss of $1 billion in international trade due to retaliatory tariffs placed on a range of crops.

Consumers Union was not buying the rationale from Big Ag, saying the U.S. could always negotiate instead of turning tail and running away from consumer protections.

“Contrary to statements made by the proponents of H.R. 2393, a settlement with our trade partners would be the true 'targeted response' to the WTO ruling,” wrote Jean Halloran and William C. Wallace of Consumers Union in a letter to Congressional Representatives. “Congress should not be intimidated.”

Those sentiments were echoed by the National Consumers League, which lamented the corruptive ability of the monied interests on the Republican Congress.

"The House vote is drastically out of sync with the wishes of their constituents," said Sally Greenberg, the NCL's executive director. "Trade agreements must not be used to prevent U.S. consumers from getting the information they clearly desire. The American meat industry's undue influence in this vote goes directly against these interests. This is a step backwards, and NCL is calling on the Senate to protect COOL, a hard-won protection that is valued by American consumers."

Also in the news this week is President Obama’s push for congressional passage of the Trans-Pacific Partnership trade agreement. It is backed by most Republicans and opposed by most Democrats. The vote on that agreement is expected on Friday. On Wednesday, the Republican-led House inserted an amendment into the TPP bill that would exclude climate change/global warming considerations from the TPP agreement.

International trade agreements may be good for the bottom line of exporting businesses, but they do consumers interested in quality products and transparent business practices—the backbone of the natural products industry—no favors.