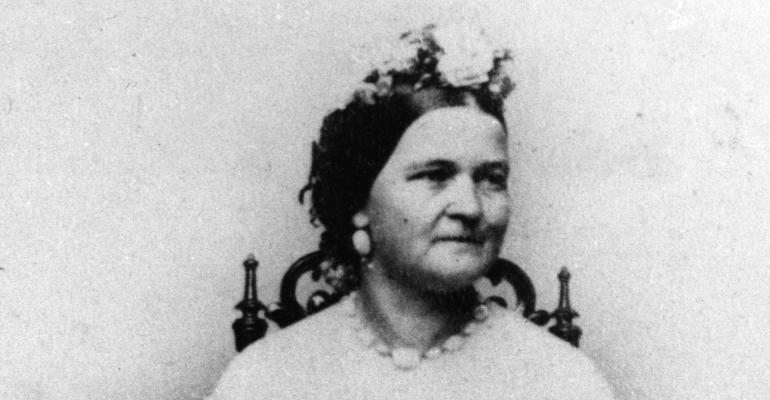 Mary Todd Lincoln, the “first lady of lunacy,” may have acted the way she did because of a vitamin deficiency, according to a new theory.

With her famously violent temper, dramatic mood swings, all-consuming fears of burglars, storms and poverty, and her wild shopping sprees, historians have long pitched theories about what might have explained the Lincoln’s behavior. Some thought it was syphilis. Some said she was bipolar. Others thought she lost it when she hit her head on a rock, or after the deaths of her three sons. Others blamed it on that well-known cause of feminine madness, menstrual trouble, Denise Grady writes in The New York Times.

The latest diagnoses comes from cardiologist John G. Sotos, MD, a Lincoln scholar and one of the medical consultants for the TV show “House.” While studying President Lincoln, Sotos found an 1852 letter that mentioned his wife had a sore mouth. Knowing that vitamin B deficiencies could cause a sore tongue, Sotos began looking into her health.

Pernicious anemia, a disease that develops in people who can’t absorb enough vitamin B12, could explain many of her problems, both mental and physical, he reported in an article published in Perspectives in Biology and Medicine. “With any complex disease that affects so many organs, you get a long list of symptoms,” Sotos told the Times. “Mary had just about all of them.” Recent research supports further connects B12 and cognitive health. One study linked low levels of the vitamin with autism, dementia and schizophrenia.

Today, severe cases of pernicious anemia are rare because blood tests can diagnose the disease early. Alas, that was not the case in the Lincoln’s era. Imagine how much more the Great Emancipator might have accomplished if vitamin B boosters had helped with a happier home life.