“Our Daily Poison” book: A dose of truth about the chemical industry 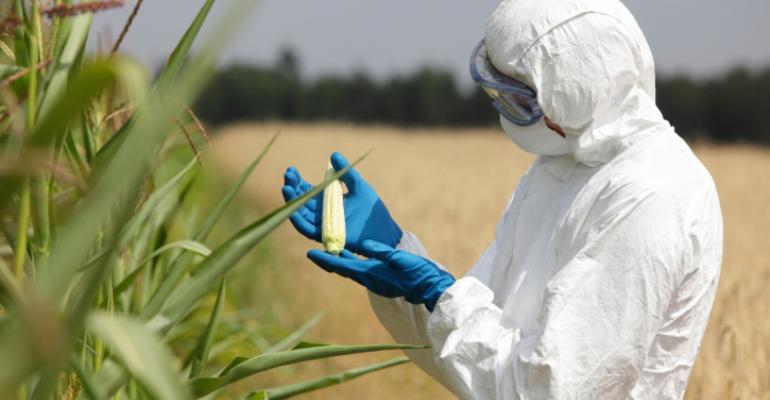 As the GMO debate continues, Marie-Monique Robin&rsquo;s new book looks at industrial chemicals in our food chain and their impact on our health.

Over the past 30 years, rates of cancer, neurodegenerative disease, reproductive disorders and diabetes have gone up. So has the amount of manmade chemical molecules introduced to our environment and our food chain. Coincidence?

Marie-Monique Robin thinks not. The journalist who created the DVD “The World According to Monsanto” has written a new book outlining the evidence, “Our Daily Poison: From Pesticides to Packaging How Chemicals Have Contaminated the Food Chain and are Making Us Sick” (New Press: 2014). It’s a companion book to a DVD of the same name.

"For readers with a strong interest in environmental and public health and food safety policy, this may be one of the most important books of the year," according to Kirkus Reviews.

Robin spent two years digging through historic documents, medical studies and international research including personal interview to support her argument that the damages caused by poorly studied and regulated industrial chemicals have been greater than their benefits.

She delves into the industry’s origins in chemical warfare and its history of "strategizing how to control and manipulate research on the toxicity of its products, while waging a merciless war on all the scientists wishing to maintain their independence in the name of the defense of public health;" the modern epidemic of cancers and other diseases that exploded at the end of the 19th century; the weaknesses of epidemiological studies; the idea of acceptable daily intake; case studies of specific chemicals; and the "cocktail effect."

You can read a dose of "Daily Poison" here on truth-out.org.

Why not everyone is applauding McDonald's rejection of GMO potatoes (yet)
Nov 24, 2014
The great GMO debate: Monsanto, anti-GMO camp square off
Nov 17, 2014