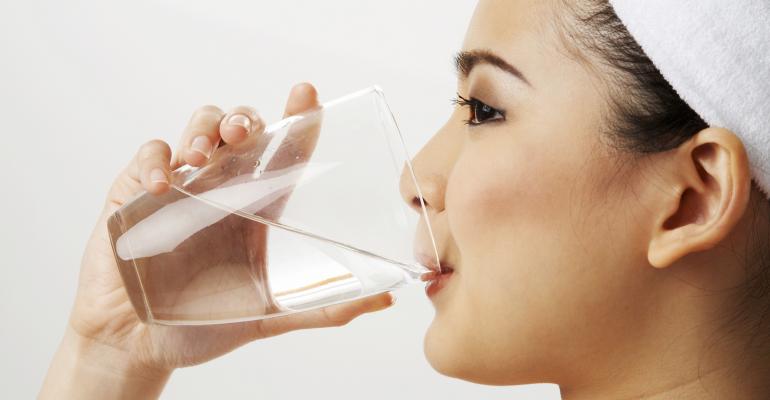 New CRN survey shows that &ldquo;drinking enough water&rdquo; is the top health and wellness resolution for Americans in 2015.

Nearly three-fourths (72 percent) of Americans will be committing to “drinking enough water” in 2015, according to a new survey conducted online by Harris Poll on behalf of the Council for Responsible Nutrition.

“Water is a must! It’s essential to many bodily functions for people of all ages. We’re encouraged to see that people recognize the importance of appropriate levels of hydration,” said Duffy MacKay, N.D., senior vice president of scientific and regulatory affairs, CRN. “But water is only one of the healthy habits that this survey demonstrated people found most important. Let’s remember that the key to good health is a constellation of healthy habits, not just one habit in isolation.”

According to the survey, “drinking enough water” was the number one health and wellness habit American adults are committing to in 2015, with the following four options rounding up the top five: eating healthy/healthier in general (66 percent); getting more physically active (62 percent); getting more sleep (49 percent); and taking vitamins (47 percent). In the bottom five were starting the day off right with a healthy breakfast (37 percent); spending more time with family and friends in real life, instead of online (34 percent); staying cool, calm and collected when stuck in traffic (30 percent); visiting the doctor before getting sick (23 percent); and tracking meals/exercise via mobile app(s), online tool(s) or personal gadget(s) (17 percent). American adults were asked to select all that applied. Over one in five (22 percent) selected “other health and wellness habit(s)” and eight percent responded that they are not committing to any health and wellness habits in 2015.

This survey was conducted online within the United States by Harris Poll on behalf of CRN from Dec. 8 to 10, 2014, among 2,021 adults ages 18 and older. This online survey is not based on a probability sample and therefore no estimate of theoretical sampling error can be calculated.