Think globally, stock locally: Why it's time to represent and bag the 'ethnic' set 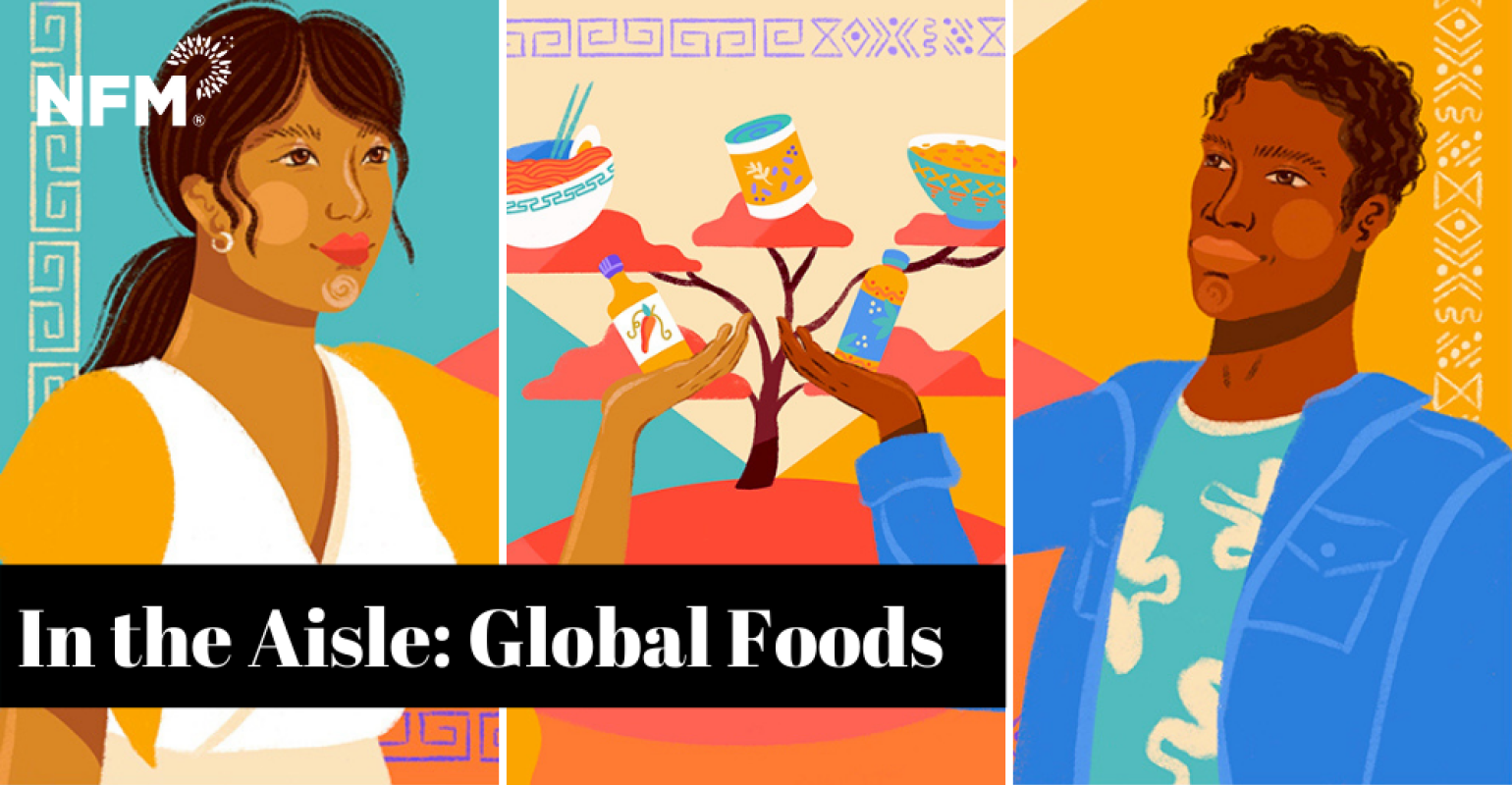 Start Slideshow ›
As the U.S. population has become more culturally diverse, products that once seemed "foreign" have assimilated into Americans' multicultural diets. The same should happen in the grocery aisles.

For years, celebrated chef and Momofuku restaurateur David Chang has called for the demise of the grocery store "ethnic" food aisle. In a July 2019 episode of his podcast, Chang slammed this concept as not representative of the multicultural and diverse world we live in or "how we eat in this world today," as he highlighted the antiquated, if not potentially racist, nature of the section.

He makes a good point.

Once upon a time, the international aisle seemed like a practical way to introduce consumers to unfamiliar foods and ingredients. But as the U.S. population has become more demographically and culturally diverse, products that once seemed "foreign" to American palates have long since assimilated into their multicultural diets and culinary lexicon. Yet ethnic or international food aisles continue to highlight the otherness of foods from some, but not all, countries or regions of the world. French cuisine, for example, has never been defined as ethnic, noted Krishnendu Ray, associate professor of food studies at New York University, in a 2016 interview with The Washington Post.

Alex Rush-Woods, manager of Alameda Natural Grocery in Alameda, California, also considers the ethnic food aisle obsolete in that it fails to represent the melting pot that is America. But, he says, "it's something that grocers have just had to deal with to meet consumer expectations." Though Alameda Natural has yet to eliminate its international aisle, Rush-Woods is considering doing so as part of the company's commitment to inclusivity and reflecting its community.

"There's nothing in that aisle that could not go somewhere else," he says. "You might have to expand different aisles to make room, but I think it's something modern grocery stores really owe to themselves to take on."

If not there, then where?

Some of the brands fighting to get their products out of the international aisle and into the appropriate categories are small companies founded and bootstrapped by recent immigrants or their families. Nemi Holisticks is a prime example. Founder Regina Trillo has had many conversations with retailers about getting her savory cactus (nopales) snacks merchandised with other snacks rather than in the international set. She's also found success with her single-serve product placed next to the register. "They really push to place me in the ethnic aisle, even though there's evidence that placing a single item that's not a part of a category in that aisle doesn't work," Trillo says.

Daniel Caballero, who co-founded the Chicago-based company Fillo's Americas Made with his brother, Antonio, says that placement of the brand's Latin American–inspired, shelf-stable vegan beans varies from store to store, often depending on the retail channel. In natural grocers, he has struggled to get out of the international aisle and into the canned bean set, where "a lot of the shoppers who appreciate our product are already shopping."

Caballero agrees that the dedicated ethnic set is becoming obsolete. "These products are branching out into every category," he says. "People are taking the foods, flavor profiles and influences they grew up with into products that apply to any category in the store."

This is the case with Global Village Foods, a family-run Vermont-based brand of allergy-friendly West African frozen meals that are merchandised in the general freezer section. "Our food is African food for everybody," says Wangene Hall, head of marketing. For Hall, like leaders of so many other natural products brands that have an interesting and compelling story to tell, the greatest success comes when "stores work with us to tell our unique story—because that's what really resonates and creates that connection to consumers."

Support beyond the shelf

Nick Auzenne, director of purchasing for the Independent Natural Food Retailers Association (INFRA), believes many retailers are ready to have these conversations with brands, look for new ways to serve diverse communities and introduce these products to customers. But, he warns, there's no one-size-fits-all solution. "No two stores are going to have the same customer set," Auzenne says. "It's really about knowing who your customers are and where they're at and trying to meet them there."

He also believes that "back to basics" merchandising and storytelling can go a long way toward putting these products on consumers' radars. This might include educating staff, offering recipe suggestions, creating endcaps and shelf displays, and leveraging key opportunities such as holidays and other occasions to highlight diverse-owned brands.

In addition to promoting diverse-owned brands already on-shelf, many natural retailers are tuning into much-needed conversations about the lack of diversity in the natural products industry and the importance of supporting BIPOC-owned brands. The problem for many retailers, says Auzenne, is not knowing where to start. "I think retailers do care immensely about this," he explains. "But one of their challenges is finding the resources to identify these opportunities. How do they find these brands in the huge sea of grocery products and ultimately get them to the consumers who shop in their stores?"

Fortunately, many natural retailers can find diverse-owned brands in their own communities. They can pull from their vast experience supporting local businesses, sourcing from farmers markets and working with area restaurants, specialty shops and even farmers. These are the places where many of the emerging brands featured on the following pages got their starts. By seeking out and choosing to stock locally based diverse-owned and globally inspired brands, says Auzenne, retailers can build their own, more diverse communities.