HomeHealth and Nutrition ResearchWatchword: Eating in Season
Recent
Latest
Sponsored Content
How brands can get their trade spend under control – article
Sponsored Content
Going organic lifts everyone up – video
6 natural brands partner with UNSTUCK on new product line to aid refugees
Jun 23, 2022
Sponsored Content
The power of organic messaging – download
Trending
Getting ready for 2023: Trends for brands to consider
May 17, 2022
Unboxed: 7 clean collagen powders with a twist
Jun 21, 2022
12 brands marketing positivity, kindness and joy
Jun 17, 2022
Coca-Cola axes Honest Tea, but its founders are just getting started
Jun 07, 2022
Lexicon of Sustainability
brought to you by 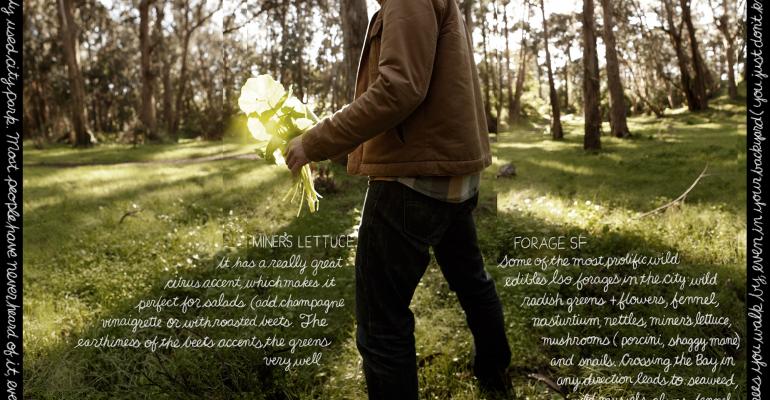 Eating in season is one of the most powerful ways you can support local food systems. @lexiconproject

Eating in season is one of the most basic and powerful things you can do to support a healthier food system. Buying directly from a local producer reduces the energy costs that result from transporting food a great distance (called "food miles"), and supports the health of your local economy. Besides: local, in-season food simply tastes better than produce that is shipped thousands of miles and ripened in transit.

Consuming produce at the time of year when it grows naturally can also bring you closer to your local environment.

Iso Rabins, pictured above, explains that a forager sees food everywhere. It's at the park where you walk, in the pond you sit next to, in the trees you walk by, even in your backyard (you just don't know it). What matters most is being aware.

As consumers take increased responsibility for what they eat, many choose to become “locavores,” favoring foods grown or produced in their communities. By voting local with their pocketbooks when they go to the supermarket, these consumers keep money in local economies while supporting and strengthening local food systems.

Featured in this short film is Jessica Prentice, a chef and co-owner of Three Stone Hearth, who coined the term “locavore.”

Says Stephen Decator of Live Power Community Farm, "It is possible to eat a diet that's seasonal and to have quite a bit of variation. The fact that you don't get tomatoes in May just means that, when they do appear, they are really exciting. You can change your recipes, change your cooking, and enjoy the season and the qualities that come from that time of year."

"The 100-Mile Diet" is a common unit of measure used to denote the maximum distance food can travel and still remain local to the consumer. Check out localharvest.org and take Tucker's challenge to eat locally:

Fajitas are incredibly versatile, making them a great meal choice almost any time of year. Swap out vegetables with what's in season, and add whatever type of protein you like to the marinade for variety.

How do you make an effort to eat locally and in season? Tell us in the comments below, and follow us for more on eating in season throughout the week.