HomeNewsThe consumer has spoken, and Campbell's listened
Recent
Latest
Podcast: Innovation, sustainability and integrity at PCC Community Markets
May 18, 2022
Whole Foods' honors 30 companies with 10th annual Supplier Awards
May 18, 2022
EarthX Film Festival focuses on healthy food, sustainability
May 18, 2022
6 tips to promote consumer understanding of Certified Organic
May 18, 2022
Trending
Debra Stark’s light shines bright on natural products industry
May 10, 2022
Getting ready for 2023: Trends for brands to consider
May 17, 2022
Unboxed: 7 plant-forward ice creams to stock this summer
May 10, 2022
Sponsored Content
The rise of sustainable business – eGuide
IdeaXchange
brought to you by

The consumer has spoken, and Campbell's listened 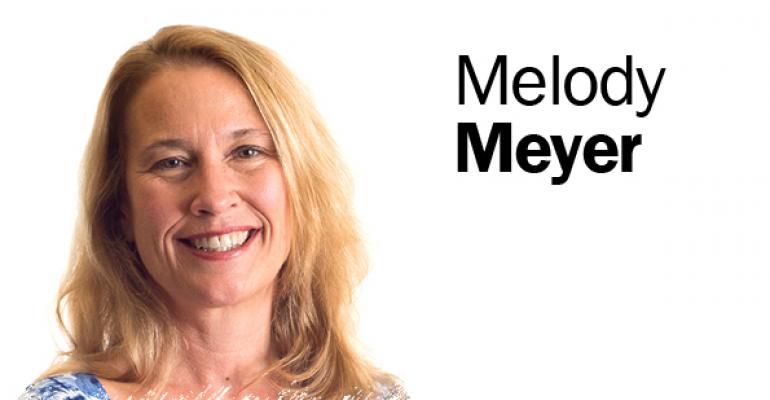 Consumers have a megaphone that&rsquo;s bigger than dollars.

The Right to Know campaign scored a major victory last week when Campbell Soup Company declared that it’s in support of U.S. federal legislation for a mandatory labeling standard for GMO foods. Campbell’s went on to say that if a federal solution is not accomplished, it will label all of its U.S. products for the presence of GMO ingredients. This declaration signifies that the consumer’s voice is just as important, if not more effective, as state ballot measures or legislation. It’s simple: The consumer wants to know what they’re eating, and this is the first big food company to acknowledge those wishes.

Because more than 64 countries in the world require some sort of labeling on GMO foods, most major food companies already label their products in other hemispheres. The labels aren’t warnings--no skull and crossbones; they’re merely a few words on the ingredient panel: “Made with genetically engineered corn syrup.” For those who care to flip the package over and take a read, this is an important accomplishment. Those who seek out this knowledge (and it appears many of us will) should be forever grateful for Campbell’s move toward transparency. They have set the stage for a domino of other companies to follow suit.

If GMO’s aren’t harmful, why not label them? If Campbell’s can do it, why can’t General Mills, PepsiCo and Kellogg’s? Those are some of the questions and arguments posited by The Just Label It campaign over the last few years. This move by Campbell’s is due in no small measure to the tireless efforts and campaigns of Just Label It to get these companies to listen up.

In light of the victory in Vermont, where food with GMO ingredients will have to be labeled by the summer of 2016, the Grocery Manufacturers Association and most big food companies have fought tooth and nail to pass federal legislation making state initiatives illegal. Summer 2016 is right around the corner, and those labels are already on the printing presses, you can be assured. So those companies are in a panic.

No one wants a state-by-state labeling mélange. A federal mandate codifying GMO labeling in the ingredients line is the end game we all want. With the successes we have achieved in one small state and one big company, the entire conceal campaign may be coming to an end.

The ramifications are humongous now for other companies who, if they do not follow suit, will look pretty darn foolish and downright distrustful in the eyes of the consumer. Just Label It makes it easy to continue to keep banging on their door and letting them know transparency is paramount.

As Just Label It continues to rally forward with battles in Washington and to mount consumer pressure on big food companies, you can contribute by getting involved in their campaigns. Tell the big food brands to follow Campbell’s lead. Tell Cheerios. Tell PepsiCo. Tell them all.

One skirmish has been won, but the battle rages on many fronts. Big food certainly has lots of money, but we as consumers have a megaphone that’s bigger than dollars, or rather it means dollars and market share.

Won’t you take a minute to get involved with Just Label It? When you’re finished, go to Campbell’s Facebook page and send them a hearty thank you. When you speak up long and hard enough, someone is bound to listen. Thank you Campbell’s for being one of the first in line to listen.

What consumers think they know about GMOs [Infographic]
Jan 15, 2015