Most Americans worry about their sugar consumption 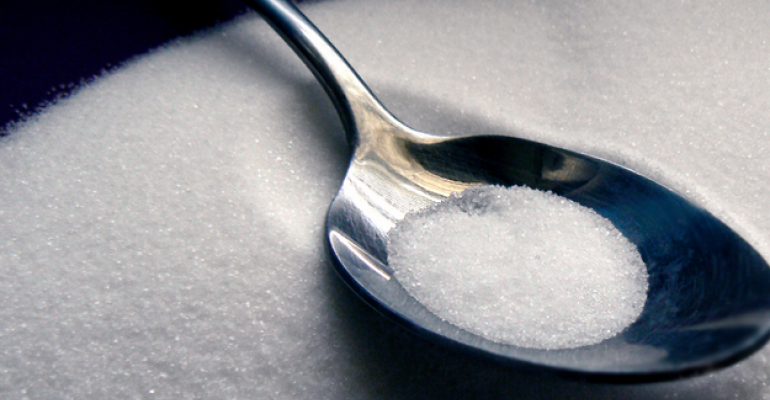 Sugar consumption is nearly twice the dietary guidelines’ limit, but only half of consumers are willing to consider alternatives, an Ipsos survey found.

A recent survey of more than 2,000 adults in the United States found that 70 percent are somewhat or very concerned about the amount of sugar in their diets, according to Ipsos.

Despite those concerns, only 49 percent are somewhat or very likely to seek out or use sugar substitutes.

The New York, New York-based research firm also asked which foods cause consumers the most concern. Not surprisingly, soda and carbonated beverages topped the list. 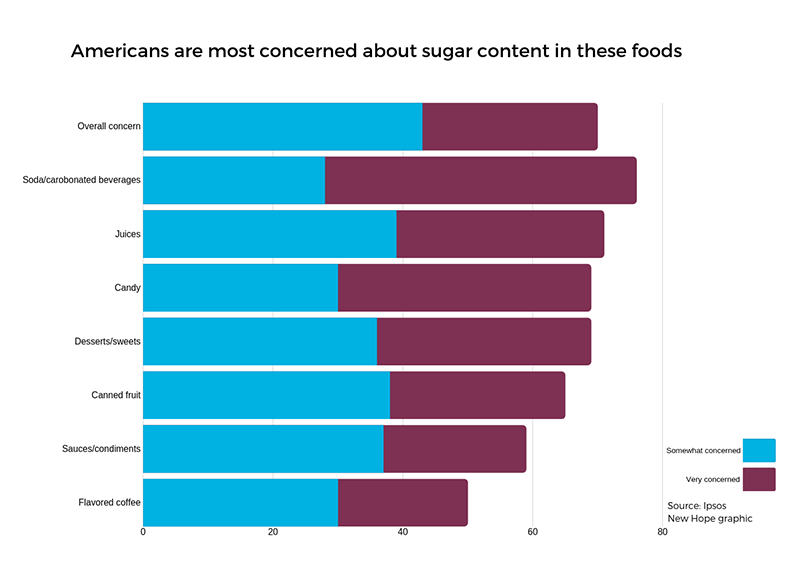 The U.S. Dietary Guidelines suggest adults should consume no more than 12 teaspoons of sugar per day, but other organizations have lower limits. In 2015, sugar consumption was about 22 teaspoons a day per person, according to the U.S. Department of Agriculture.