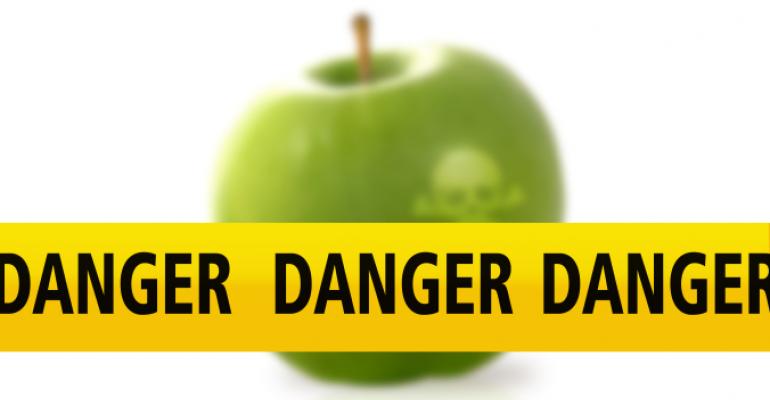 Food-safety law&rsquo;s implementation will have massive impact, from farm to shelf.

Remember the Food Safety Modernization Act (FSMA)? If not, it's time to get reacquainted.

Four years after passage of the most sweeping change to the nation's food protection system in a century, the protracted negotiations between regulators and stakeholders about its details are drawing to a close, and a tidal wave of new rules is poised to hit. Hurried by consumer groups that sued the agency for taking too long, the Food and Drug Administration in April dubbed 2015 "the year of FSMA"€ and promised to publish the bulk of the law's final rules this fall. Large companies will be expected to abide by these rules within about a year. Mom-and-pop food companies and independent farms will have three to five years to comply.

Advocates say the law will ultimately mean fewer cases of deadly foodborne illnesses, which currently sicken about 48 million people annually, hospitalize 128,000 and kill 3,000. That, all agree, is a good thing. But for those in the farming, food manufacturing, importing, or (to a lesser extent) supplement ingredient industries, FSMA could also mean big operational changes and potentially crippling new expenses.

"Larger companies are already worried about it because they have the resources to worry about it,"€ says Benjamin England, a former FDA attorney and CEO of the international consulting firm FDAImports.com. "Smaller companies aren't even thinking about it yet. I think that's a big mistake. You are talking about completely revamping the way the food industry documents risk. That is going to be challenging."

When president Obama signed the 88-page act into law in January 2011, the country was still reeling from a series of high-profile outbreaks of food contamination. In 2006, Dole brand Baby Spinach contaminated with E.coli resulted in 205 confirmed illnesses and three deaths. In 2007, consumers nationwide fell ill after eating botulism-tainted canned chili from Castleberry's Food Company. In 2009, nine people died and an estimated 22,000 got sick after eating salmonella-tainted peanut products from Peanut Corporation of America.

"The food industry had a come-to-Jesus moment,"€ says David Plunkett, senior staff attorney for the Center for Science in the Public Interest, which has pushed for years for more stringent food safety laws. Many food companies, he says, had already begun to put measures into place to better identify points in their supply chain or manufacturing system where things could go wrong, and prevent them. But with few industry-wide mandates in place, the good guys often got pulled down by the bad guys.

"When an outbreak occurred, even if you were a good guy doing everything right and not part of the outbreak, you were hurt just as much as the guy causing the problem," Plunkett says.

FSMA, which came about largely at the request of food-industry trade groups, requires food producers to focus on prevention. And for the first time, it emboldens FDA to punish them swiftly if they don't. "Prior to FSMA, a problem had to occur, and then FDA could go out and try to figure out what happened," Plunkett says. "This moves it from a reactionary to a proactive system. That's a huge change."€

The seven pending rules (five will be finalized this fall; two more next spring) are complicated and cover hundreds of pages. But they break down into four main requirements:

Biannual registration: Food manufacturing facilities must register with the government every two years, updating FDA on what kind of food they are producing. They must also implement written "preventive controls"€ plans determining where problems (in the form of pesticides, parasites, unapproved food additives or microbial contaminants) may be introduced , how to prevent them, and how to halt them swiftly if they occur.

Farm standards: Farmers must comply with new standards for the safe growing, harvesting, packing and holding of produce.

Import standards: For the first time, importers will be explicitly responsible for verifying that their suppliers have adequate preventive controls in place to ensure that the food they produce is safe.

Repeat inspections: FDA must inspect all "high-risk"€ facilities within five years, and every three years thereafter. And the agency now has authority to issue a mandatory recall when a company fails to do so; hold products that are potentially in violation; and even suspend a food facility's registration, shutting it down for six months.

Most of the law has yet to take affect. But FDA has already exercised its new recall authority twice. In 2013, it warned Colorado-based Kasel Associates that it had two days to recall its pet treats, some of which had been found to contain salmonella, or FDA would. (Kasel swiftly obliged.) That same year, after dozens of people suffered acute liver failure after taking OxyElite Pro dietary supplements, FDA warned USPlabs that if it did not stop distributing the products on its own, the agency would force it to do so. USPlabs recalled the products and destroyed $22 million worth of stock.

At least initially, FDA has vowed to stress education over enforcement, and the agency will give smaller companies generous leeway before they have to comply. (See timeline). They'll need it, says Ricardo Carvajal, a Washington, D.C. attorney who advises food and supplement companies. "I think the small and medium-sized businesses will have the most work to do to catch up,"€ he says. "Some of them might be in for a rude awakening."€

England estimates that even a small food manufacturing facility with a handful of SKUs will have to spend $15,000 to $30,000 to get a preventive control system in place. That's not counting the steps they'll have to take to maintain and review records over the years and assure quality control. Some won't be able to afford it.

"I see a lot more consolidation happening," England says. "Small businesses are not going to be able to afford to do it, and they will be bought up by large companies who can."

An uncertain impact on industry

When FDA first unveiled its proposed rules for "produce safety" in January 2013, the agency included new requirements which would have strictly regulated the number of days a farmer had to wait to after applying compost (45 days) or manure (nine months) before harvesting crops. Other proposed rules would have heightened the requirements governing what kind of water a farmer could use and mandated costly water testing. Farmers complained that it would force them to totally change the way they farmed and, in some cases, kill their businesses. Mother Jones reported that organic carrots and spinach from small farms could go away as a result, and outraged consumers flooded FDA with thousands of letters. In response, the FDA issued a second set of rules that appear to have backed off on the composting, manure and water requirements.

"It is very rare for an agency to do that,"€ says Sophia Kruszewski, a policy specialist with the National Sustainable Agriculture Coalition. "We have been pretty pleased with the degree of FDA's outreach to our stakeholders.

There is, however, still a lot of confusion and concern among farmers, especially those who do some minimal processing of their produce, like peeling squash, on site. Would that classify them as "facilities"€ and subject them to a whole other set of fees and preventive controls? What if they collaborate with other farmers via a co-op or food hub? Would that open them up to new rules and fees?

"On the one hand we are finally getting a bump in the buy-local movement, which is creating opportunities for small farmers to scale up,"€ says Roger Noonan, owner of Middle Branch Farm, an organic operation in New Hampshire. "On the other hand, we have a regulation that could potentially undermine that. For someone like me, it will be very costly. There is no doubt."

Because dietary supplement manufacturers are already subject to many of the same requirements via GMPs, they are, for the most part, exempt from FSMA. "To subject them to GMPs and FSMA would have been redundant," says Steve Mister, of the Council for Responsible Nutrition. "If you are an ingredient supplier, this is a big deal."

Ingredient suppliers will now have to put their own preventive-control systems in place. And if they import from overseas, which most do, they'll have to make certain that their suppliers do the same. The law even mandates FDA to boost its inspections of foreign facilities exponentially over the coming years.

Hope Hanley, VP of Quality Assurance and Regulatory Affairs for Deerland Enzymes, says her company is already following many of the guidelines spelled out by FSMA. But they have added a few new things. They recently implemented a new Food Defense Training€ system for all employees and are installing video cameras in all production areas. It's all worth it, says Hanley. "If implemented and enforced correctly and sustainably, it is certainly the right thing to do and will be good for the industry."

The key question now: Will FDA have the resources to enforce the law?

Jaydee Hansen, senior policy analyst for the Center for Food Safety, isn't so sure. In 2012, CFS sued FDA for failing to roll out FSMA fast enough. (FDA is now under a court order to meet certain deadlines.) But Hansen and others fear it won't have enough money to carry it out promptly.

The Congressional Budget Office estimated it would cost $580 million for the federal government to carry out FSMA from 2011 to 2015. But according to a recent article in the New York Times, Congress has allocated only half that amount. When it comes to inspecting foreign facilities, a recent report by the Government Accounting Office already concluded that FDA is not currently keeping pace with the FSMA mandate.€ It should have inspected 4,800 facilities in 2014 but inspected only 1,323, the report said.

According to an FDA spokesperson, the agency currently has 1,700 investigators in charge of 186,000 registered food facilities and more than 11,000 supplement facilities. It intends to begin training 1,100 more, plus 2,300 state inspectors soon.

FSMA needed more money and tougher timelines to begin with. As is, it will be years before even the most hazardous parts of the food industry get inspected under this plan,€ Hansen says. "That said, it is far better than what we had before."€