Many consumers likely have started their holiday shopping 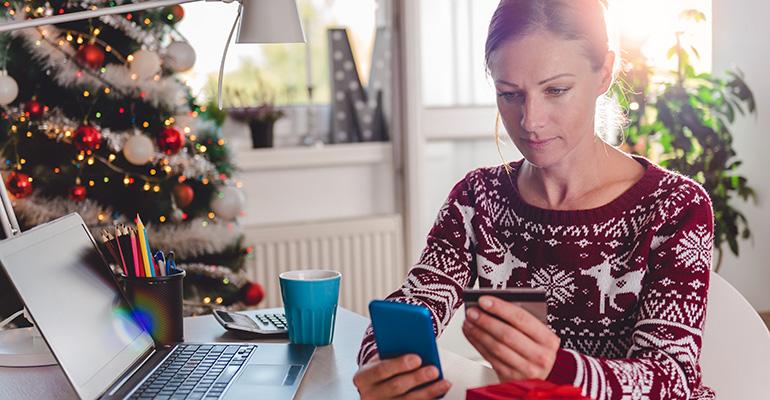 Compared with a year ago, retailers should be optimistic about the upcoming holiday shopping season. Unfortunately, different challenges loom.

Footage of cargo ships parked in the Pacific Ocean, waiting for dock space to unload containers filled with consumer goods has become a staple on nightly network news.

So it's no surprise that shoppers are concerned about fulfilling their holiday gift lists before Santa makes his rounds.

As a result of these problems, consumers expect to shop online more, seek alternative items, shop in stores earlier or purchase more experiences or gift cards.

RetailMeNot, which released its survey results in September, said the majority of consumers start their holiday shopping before Thanksgiving—and have done so for years.

Of its 1,082 respondents, 37% started before or during September. Another 22% said they expected to start in October, while 24% said they would start in November, but before Thanksgiving.

It seems, though, that consumers are more anxious to start earlier:

A survey by Channel Factory, which is an advertising performance platform for YouTube, found that 43% of its 1,085 respondents said they would start shopping in October.

ICSC, formerly the International Council of Shopping Centers, reported that retail sales beat expectations in August, which could be a result of holiday shopping.

Tom McGee, president and CEO of ICSC, told MediaPost via email, “While September's retail sales are yet to be released, our recent consumer survey found that 65% of respondents are now visiting physical stores for non-essential goods, compared to just 54% two weeks prior.

"Our survey found that, of those who plan to start shopping earlier, 42% will do so to take advantage of early deals and promotions."

Among respondents to ICSC's consumer survey, 75% said they would start shopping earlier; 45% of those said they were doing so to make sure they found specific products.

Blue Dot's survey found that 45% of consumers expect to shop more on the internet and 31% plan to use mobile apps.

Consistent with the 2020 survey results, consumers plan to use mobile apps for the convenience:

Another 32% of respondents expect to use social media platforms to purchase holiday gifts this year. Not surprisingly, 42% of Gen Z consumers are likely to shop this way—more than any other generation.

Channel Factory's results show an even higher percentage, 69%, of respondents plan to shop online, with 59% planning to use mobile apps.

RetailMeNot's results differ, however. Although 56% of respondents in 2020 said they would shop primarily online, 51% of this year's shoppers say they'll shop online, while 49% expect to shop in stores.

Supply issues could affect online shopping as well, according to Adobe's holiday shopping forecast. The company expects online sales between Nov. 1 and Dec. 31 to increase 10% to $207 billion, a new record.

However, the cargo delays previously mentioned, on top of disruptions in overseas manufacturing, could be problematic. A principal analyst and vice president at Forrester, Dipanjan Chatterjee, says he expects prices to rise as a result.

Consumers could pay 9% more during Cyber Week this year, compared with 2020, according to Adobe.

How the supplement industry can broaden its customer base
Nov 11, 2021