Packaged Facts: Campbell thinks outside of the can 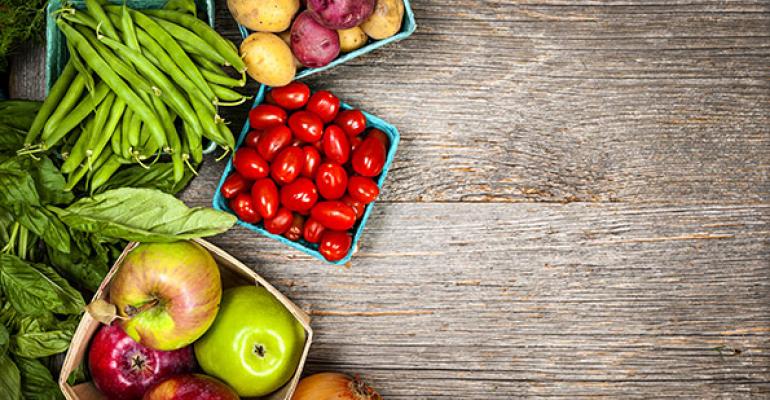 Supermarket sales growth has largely spun out to the perimeter departments of fresh and refrigerated products, as indicated by marquee food trends ranging from Greek yogurt to the kale and cauliflower crazes. And packaged natural and organic products, though still a niche, continue to post robust sales growth: Packaged Facts estimates a 12.5% jump for organic food and beverage sales in 2014. Mass-market sales-tracking data from IRI, in contrast, show sales continuing to flag in Q1 2015 for many of the classic center store food categories, including carbonated beverages, breakfast cereal, and soup.

Campbell's $231 million acquisition price for Garden Fresh Gourmet represents a respectful multiple for a company with $110 millionin annual sales. Under Campbell, Garden Fresh Gourmet will synergize with the larger Bolthouse Farms operations, which Campbellacquired for $1.55 billion in 2012.  Bolthouse Farms, a leader in packaged carrots, premium refrigerated juices, and refrigerated salad dressing, is described in Campbell's press release on this earlier acquisition as a marketer of "high value-added natural, healthy products," clearly signaling the path that Campbell is taking.

Bolthouse Farms and Garden Fresh Gourmet both straddle the divide between fresh produce (which, like canned soup, is mostly commoditized) and refrigerated packaged agricultural products, a higher-profit zone in which Campbell can bring its culinary trend, flavor, and marketing expertise to bear.

A Forbes (May 21, 2015) special report on "The War on Big Food" estimated that the giant packaged food companies lost $4 billion in market share in 2014 as grocery shoppers "swerved to fresh and organic alternatives." Campbell as a manufacturer of iconic canned soup products clearly finds itself in the line of fire: the visual in Forbes was a spilt can of Campbell's condensed tomato soup, wounded and drooping like The Dying Gaul, with Campbell CEO Denise Morrison acknowledging in the article that "increasing numbers of consumers are seeking authentic, genuine food experiences … and we know that they are skeptical of the ability of large, long-established food companies to deliver them."

That's where acquisitions like that of Garden Fresh Gourmet come in. Garden Fresh founder Jack Aronson had described his philosophy to the Detroit News in 2012  as "make everything to order," with the signature salsas prepared in five-gallon buckets—representing the kind of locally rooted, entrepreneurial-spirited food marketers that many consumers have come to prefer. As Packaged Facts' January 2015 report on Shopping for Local Foods observes, "local" has become shorthand for food that is fresher and higher quality, more authentic and trustworthy, and more environmentally friendly and supportive of the regional community and economy.

With acquisitions like that of Garden Fresh Gourmet, an $8 billion manufacturer like Campbell can have its soup and sell fresh, too.Campbell's Morrison explains that the Garden Fresh Gourmet acquisition will "help us continue to shift our center of gravity," and with this new acquisition Campbell's fresh division will become a $1 billion player in the supermarket perimeter, where the grocery profit action increasingly takes place.