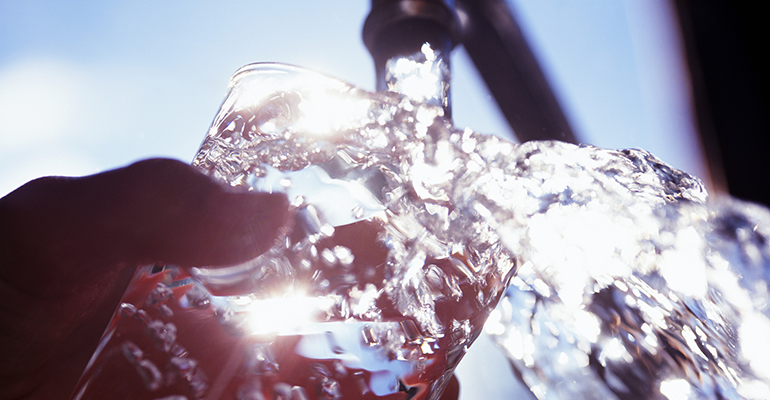 California is first to tackle microplastics in drinking water

California's Water Resources Control Board is blazing a trail to issue a preliminary health-based threshold and testing methods for microplastics in drinking water by July 1, 2021. Research into the consequences of ingesting these tiny pieces of plastic is still lacking, however, which presents one very huge roadblock to the state's precautionary approach. But perhaps moving the needle in the right direction is all that matters now. "It will be the world’s first health-based guidance value of any sort for microplastics formally recommended by a working group or government agency,” Scott Coffin, a research scientist with the State Water Resources Control Board said to The Counter. “This will carry a lot of authority, even if it is just a preliminary guidance level.”

While $4B is a start, the fight is not over for Black farmers

The $4 billion in debt relief for Black farmers and other farmers of color allocated in the $1.9 trillion COVID-19 relief bill is an important step, but not the final step, on the road to justice for Black farmers. As one longtime Black farmer writes for Civil Eats, "Justice requires land restoration for farms that were taken away under a century of unfair laws, and an end to the disparities in the treatment of Black and white farmers." Two stark examples of this: White farmers received 99% of the $23 billion in bailout payments intended to offer farmers relief from President Trump's trade war with China, as well as the vast majority of COVID-19 bailout payments in 2020.

Dublin-based startup Evocco lets users track, improve and offset the climate impact of their food purchases by analyzing grocery receipts. The app calculates the carbon footprint based on the store's location and by checking the type, weight and origin of a food against a database, and then gives users the option to offset their shopping by contributing to Go Carbon Neutral. Learn more at CNN.

Imperfect Foods will be a net-zero carbon company by 2030

Imperfect Foods this week announced its pledge to become a net-zero carbon operation by 2030; the online grocery store claims this timeline is 10 years ahead of most major retailers and 20 years ahead of the Paris Agreement Deadline. To track its carbon footprint, Imperfect has partnered with Watershed, a software platform that measures a business’s carbon footprint across every touchpoint of its supply chain. The Spoon reports.

Free samples with your curbside groceries: How brands are wooing Walmart’s online shoppers

Small brands are coming up with innovative ways to get their samples into shoppers' hands, and they're finding one especially helpful method (that's even more effective than in-store sampling) is to tack them onto existing online orders. Experts say the key to success here is to customize the samples for each customer based on their buying history, which for many retailers is more robust than ever thanks to the rise of online ordering during the pandemic. Read the rest at CNBC.