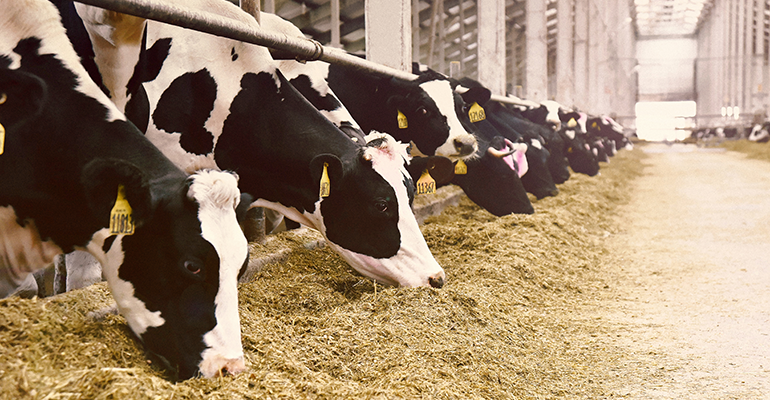 It's no secret that younger consumers are more likely to purchase from brands that operate in a purposeful, mission-driven way—but this also means there has been a wave of companies that market themselves as "clean" or "green" while continuing to put profits over mission. The Food Institute points out that differentiation for natural brands from these greenwashers is possible, but may require the help of rigorous certifications and organizations such as the B Corporation, which has seen purpose-driven brands acquired at faster rates than their competitors.

Under guise of climate benefit, manure is more valuable than milk at California dairies

Some California dairies are actually profiting more from methane production than milk production. According to The Fresno Bee, this is mainly because of the state’s “pay-to-pollute” climate change response, which incentivizes dairies to profit from the production of methane gases. Dairies are partnering with energy companies to install anaerobic digesters, which help convert “manure lagoons” into profitable energy. This is by no means clean energy, but it's leading more dairies and other large-scale animal feeding operations to expand herds and by extension worsen air and water quality.

Startups take the waste out of takeout

Hundreds of billions of single-use food takeout containers head to landfill each year, which is why The Guardian highlights several startups working to scale takeout solutions that pander to consumers' increasing desire to live sustainable lifestyles. The majority of these companies hark back to a time when reusing containers was a cultural and behavioral norm; however, they've built in an extra step or two at the beginning or end. For instance, in the case of DeliverZero, customers can drop off boxes at any DeliverZero restaurant or hand them to the courier who brings the next meal to their door.

5 tactics used to spread vaccine misinformation in the wellness community, and why they work

Leaders in the wellness space hold immense emotional power over their audiences, which has contributed greatly to general anti-vaccine sentiment across the U.S. throughout the COVID-19 pandemic. The Washington Post writes that a combination of this, skepticism of institutions, taking science out of context, establishing themselves as "truth-seekers" and appealing to holistic health interests have collectively allowed these leaders to sow vaccine mistrust among the public. Additionally, digital wellness spaces can seem more attentive and welcoming than fact-based institutions.

This coverage from The Spoon reveals the companies with the most innovative solutions to both feeding a growing population and feeding astronauts traveling through the galaxy for an extended period of time. The majority of them use technologies that have steadily gained popularity in the food tech space, such as 3D printing, using bioreactors for cultured protein, and vertical farming. Ingredients including fungi, microbes, cultured cells/meat and insects were also popular among the competitors. Germany-based Space Cow, for instance, makes a system that converts carbon and waste streams into totally edible material, with the help of a food-grade micro-organisms and 3D printing.