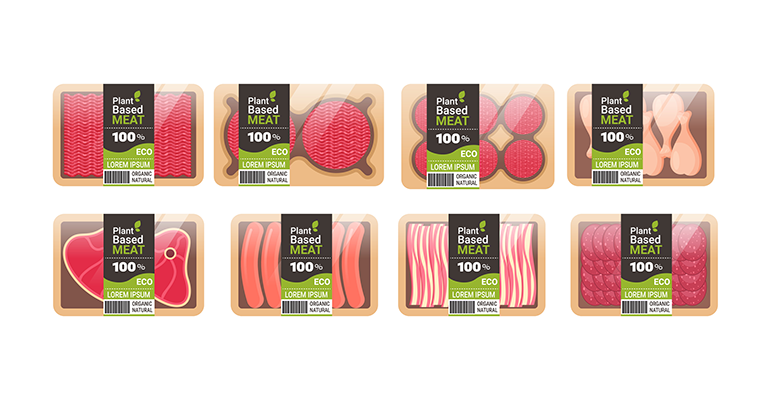 Mexico is phasing out of imports of glyphosate and GMO corn. Supporters say that could help reverse years of damage from US trade policy

Last December, Mexican President Andrés Manuel López Obrador signed an order that could enable Mexican farmers to reclaim their livelihoods within their home country following damage as a result of the North American Free Trade Agreement (NAFTA). The decree calls for the phase-out by 2024 of two pillars of American agribusiness: glyphosate and genetically engineered (GE) corn. However, to replace these imports Mexican farmers will need to increase domestic production by nearly 60%, a tall order that some experts dismiss as unrealistic. Fun fact: Mexico is the world’s largest, most diverse, and enduring genetic resource for corn. Read more at The Counter.

Plant-based bacon sales are up 25% for the 52-week period ending April 18, according to SPINS, and Nielsen recently reported that the entire category of bacon alternatives almost doubled in 2020, to $267 million compared to 2019. This growth can be attributed to the fact that newcomers are delivering in unprecedented ways on flavor, texture and satiety through innovative ingredients and processes. For instance, Prime Roots makes bacon out of koji that’s grown in large fermentation tanks and San Francisco startup Hooray Foods implements a patent-pending manufacturing process that encapsulates the fat droplets and lets the product cook more like the real thing. Bloomberg has the scoop.

The yoga and wellness worlds have a conspiracy problem

Wellness and "New Age capitalism," as this Vox article puts it, tend to divorce robust systems of knowledge (think Ayurveda and Traditional Chinese Medicine) from their religious or philosophical roots and transfigure their core tenets into commodities to further political agendas. Along these same lines, conspiracy theories often flourish in spiritual circles that are critical of Western medicine and established institutions, and it goes without saying that the Western wellness industry caters to and attracts predominantly white, middle-class adherents. A possible explanation for all this? One expert attributes it to a “cultural emptiness” at the heart of alternative spirituality and modern-day yoga, which coincides with the breakdown of community and health care in the U.S.

One gut-healthy diet can calm inflammation

New research links fermented foods including kombucha, kimchi, yogurt and fermented veggies to a body better equipped to fight off inflammation and disease. The finding that an increase in fermented foods leads to a decrease in circulating inflammatory markers across an entire cohort of healthy adults is something that the food industry hasn't seen before. It means that increased gut bacteria diversity and decreased inflammation can effectively be remodeled with the introduction of fermented foods. Dive into the study in question at Inverse.

How the pandemic has changed our eating and shopping habits

This overview of how shopping and eating habits have changed by U.S. News points out that the reasons shoppers buy certain food products haven't changed much: Taste continues to rule at No. 1, followed by price, healthfulness, convenience and environmental sustainability. So what's changed? For starters, 42% of Americans now say they shop online for groceries at least monthly and 20% shop online at least weekly; consumers are also more aware than ever about how their food and beverage purchases affect climate change, and they're demanding supply chain transparency at the highest level.