Date labels on food continue to cause confusion 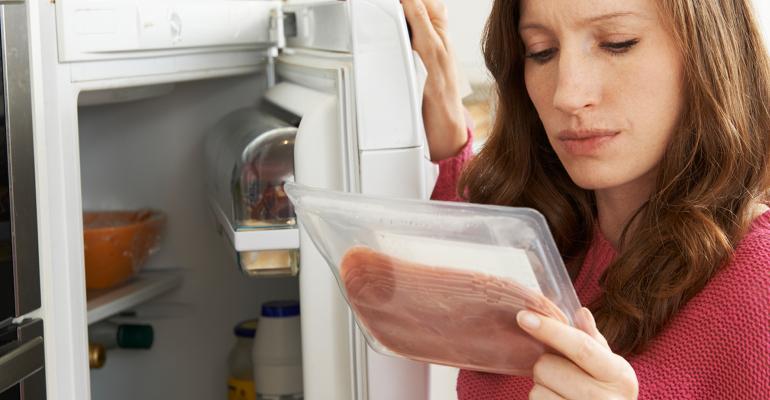 An analysis out of Johns Hopkins University found that young adults are most likely to discard food based on date labels.

Yet another study has found that date labels on food lead cause perfectly good food to go to waste.

Researchers at the Johns Hopkins Center for a Livable Future reported that food date labels confuse the public:

Related: It's not just consumers who are confused about expiration date labels

When researchers asked about the wording on food date labels, consumers considered “best if used by” as a warning about quality, while they believed “expires on” or “use by” meant the food wouldn’t be safe after that date.

Most foods will lose their taste or even take on a terrible taste or smell before they become unsafe. The study was recently published in the journal Waste Management.

The survey, conducted in April 2016, was completed by a representative sample of 1,029 adults who were 18 and older. It asked about frequency of discarding food based on date labels; interpretation of label wording; and whether the federal government regulates date labels. The questions also specified nine different food types, such as bagged spinach, deli meats and canned foods.

Based on food date labels, raw chicken was most frequently thrown away, with 69 percent of those surveyed saying they “always” or “most of the time” discard it by the label’s date. Raw chicken, when properly cooked, is not considered to be a big risk for contamination or causing illness, according to a statement released with the study.

However, soft cheeses, prepared foods and deli meats that are at higher risk of being contaminated with listeria (which grows even when it is refrigerated) are less likely to be discarded by their date labels:

Only 47 percent of respondents said they discard canned goods and breakfast cereals by the date on the label.

Two trade groups—Food Marketing Institute and Grocery Manufacturers Association—in 2017 proposed two standard labels to replace a variety in use. “best if used by” would communicate quality, but the product would still be safe to eat after the date; “use by” would mean that the product is highly perishable or could have safety concerns after that date. In addition, the standard called for the food industry to stop using “sell by.”

The recommended standards followed guidance from the U.S. Department of Agriculture’s Food Safety and Inspection Service in 2016 suggesting that manufacturers and retailers use “best if used by” to reduce unnecessary food waste.

“The voluntary standard is an important step forward. Given the diverse interpretations, our study underlines the need for a concerted effort to communicate the meanings of the new labels,” lead author  Roni Neff, Ph.D., said in a statement released with the latest study. Neff directs the Food System Sustainability Program with the Center for a Livable Future and is an assistant professor with the Bloomberg School’s Department of Environmental Health and Engineering.

In September 2013, the Natural Resource Defense Council and Harvard University’s Food Law and Policy Clinic issued The Dating Game: How Confusing Labels Land Billions of Pounds of Food in the Trash, a report on the confusion generated by the various date labels on food products. It, too, reported that many people thought the federal government regulated those labels and believed “out-of-date” foods weren’t safe to eat.

Just Eat It tells a compelling story about our food waste problem
Mar 22, 2016