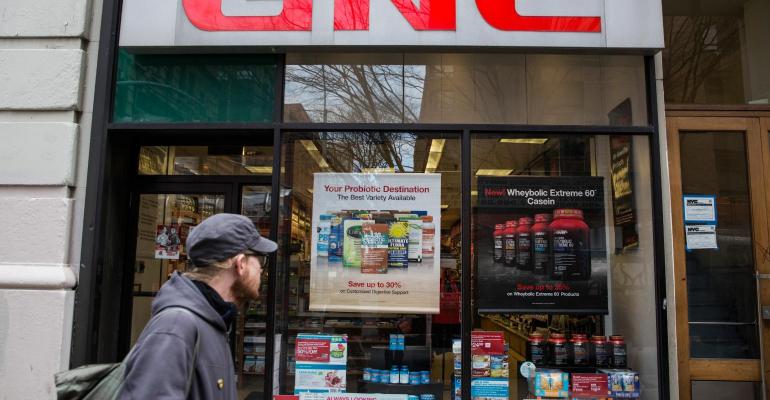 It's not clear if the company was informed before it unexpectedly released its fiscal year 2019 earnings report late in the day.

"We had been in discussions with certain lenders in Asia with respect to refinancing options. We became aware last night, by those lenders, that they are no longer pursuing a refinancing with us," Tolivar said near the end of the approximately 13-minute call before the market opened. "We will continue to explore all options to refinance and restructure our indebtedness."

She declined, though, to "make assurances" that refinancing would be possible.

Last week, GNC reported to the Securities and Exchange Commission that it will not have enough cash to pay a $441.5 million Tranche B2 loan that will come due in May. In that filing, the company went on to say, "Management has concluded there is substantial doubt regarding the company's ability to continue as an ongoing concern within one year from the expected issuance date of the company's consolidated financial statements."

In his opening statement, CEO Ken Martindale pointed out that the COVID-19 pandemic makes refinancing the company's debt more challenging.

"As you know, we've been actively pursuing opportunities to refinance our current debt with an independent committee of our board," Martindale said. "Although we've experienced slowing progress due to the worldwide impact from COVID-19, we continue to review a full range of options to refinance our capital structure in both the U.S. and Asia."

As of Tuesday, 900 stores in the United States and Canada—25% of the combined store base—were temporarily closed because of coronavirus, Martindale said, adding that most of those are located inside shopping malls. Another 700 were operating with limited hours, he added.

E-commerce orders have increased, though, and stores in strip malls are offering curbside pickup to avoid person-to-person contact, Martindale said.

He also pointed out that the virus is affecting a variety of businesses and industries. ""Clearly, this unprecedented and rapidly changing situation is disrupting many businesses in many industries. While consumers' trust in the high-quality products and expert advice that we offer has become more important than ever in this environment, it is impossible for anyone to predict the length and severity of the current crisis," Martindale said.

While the cost of GNC's stock rose slightly Tuesday night after the earnings report showed a lower-than-expected adjusted loss per share, this morning's call reversed that trend immediately, with a drop of nearly 14% as of noon EDT.

Gross profit margin for the fourth quarter was 32.9%, up from 31.5% a year ago, Tolivar said, because the company entered a joint venture with International Vitamin Corporation in March 2019 and because of lowered occupancy costs as some stores have closed and leases on others have been renegotiated.

The company generated $81.4 million in free cash flow in fiscal 2019, according to the earnings report. On Tuesday, GNC drew $30 million from its revolving credit as a precautionary measure, Tolivar said, giving the company $130 million in cash flow.

Tolivar also announced that GNC will no longer report comp sales in brick-and-mortar stores separately from its e-commerce results. "As we shift the business toward a true, omnichannel model, we believe a blended comp is the best way to look at the business," she said.

Before abruptly ending the call, Tolivar said she and Martindale would not be taking questions because "these are unusual times presenting many unknowns."

The company's debt on Dec. 31, 2019, was approximately $600 million. The story has been corrected.
TAGS: Retailer and Distributor
0 comments
Hide comments
Related