HomeNewsNatural Grocers reports double-digit growth, private-label shortages
Recent
Latest
Sponsored Content
Are there potential carcinogens swimming in your biobased laundry detergent? – article
Sponsored Content
Organic agriculture and its impact on ingredients and the planet – webinar
Sponsored Content
The goodness wrapped in a certified organic seal – video
Podcast: What brands need to get on shelf at Fresh Thyme Market
May 24, 2022
Trending
Getting ready for 2023: Trends for brands to consider
May 17, 2022
Whole Foods' honors 30 companies with 10th annual Supplier Awards
May 18, 2022
6 tips to promote consumer understanding of Certified Organic
May 18, 2022
Natural beauty market trends
Jun 16, 2021 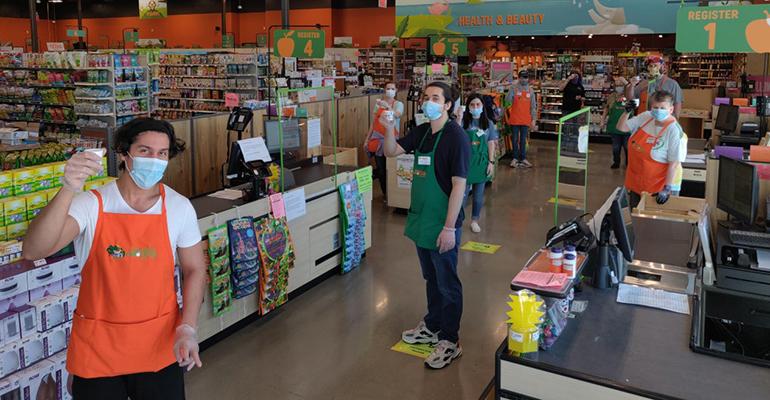 Shareholders will receive a third consecutive dividend of 7 cents per share on 20% net sales increase.

For the entire quarter, which ended March 31, net sales grew 20.4% to $277.5 million. Comparable-store sales increased 17% and mature-store comparable sales rose 15.4% during the quarter, the company reported.

It's the 12th consecutive quarter that Natural Grocers has reported sale growth.

The company will pay stockholders a dividend of 7 cents per share on June 16. The company began paying dividends after the fiscal year 2019, which ended Sept. 30. All three payouts have been for the same amount.

"We saw both a significant increase in average transaction size, which increased 13.1% during the second quarter, and an acceleration in transaction counts, which were up 3.5% during the quarter," Natural Grocers Co-president Kemper Isely said during a conference call Thursday.

High sales continued in April, but at a slower pace. So far in May, transactions still tend to be higher, but traffic has decreased, he said.

"We are operating in a rapidly changing and unprecedented period. During the quarter, we witnessed a daily average comparable store sales gains that we have not experienced in the company's history," Dissinger said.

The improvement in gross margin was due to improvement in store occupancy and shrink expenses, as well as a favorable shift in the product mix sold, Dissinger said.

Private-label products sold well, but the resulting strain on the supply chain led to some products being out of stock at the end of the quarter, Dissinger said.

"We have proactively implemented numerous measures in response to the pandemic to provide a safe working and shopping environment," Isely said.